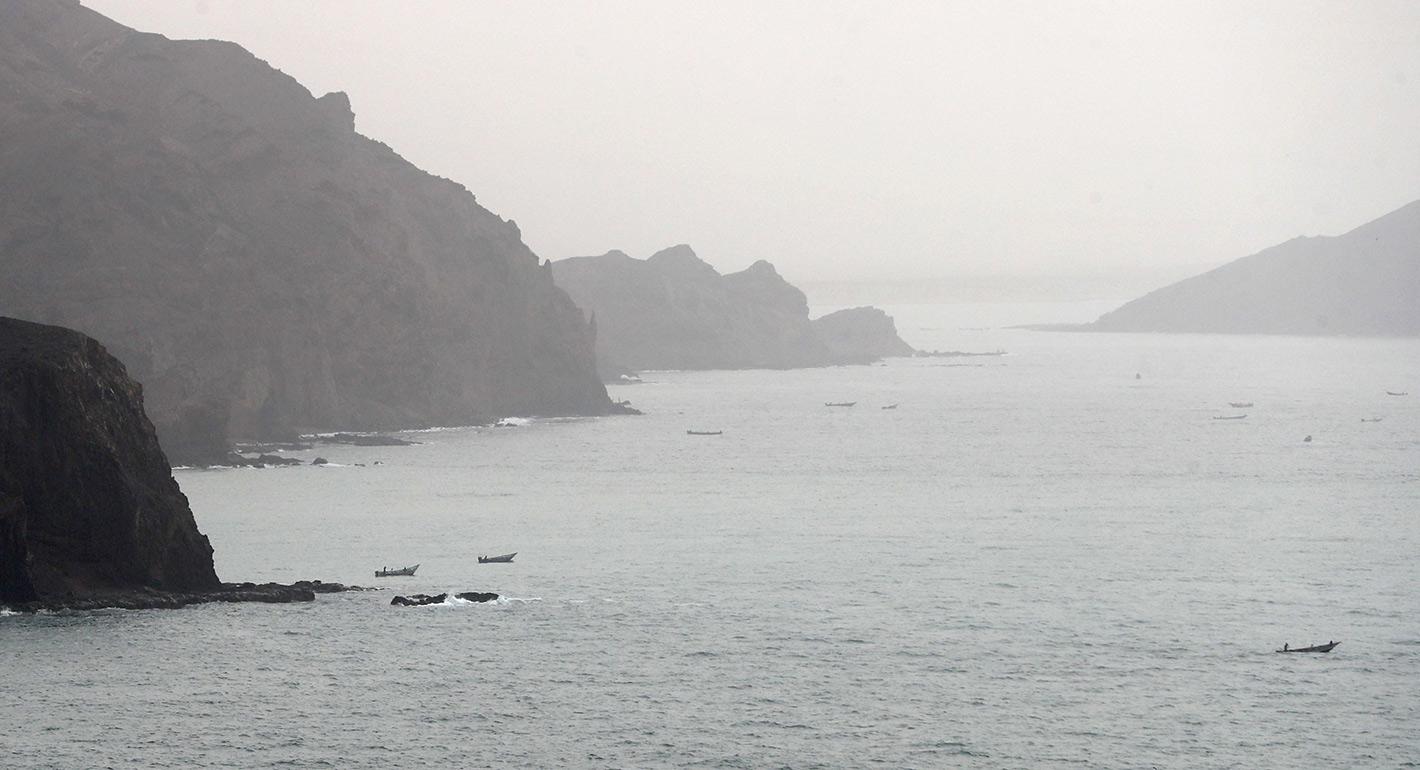 Yemen and the curse of geography: Bab al-Mandab challenged by great power rivalries

Successive crises, conflicts and general instability in Yemen, which have plagued the country for decades, raise the question of how Yemen’s unique geography has contributed to its woes. Did a â€œgeography curseâ€ cause Yemen to collapse? In his book Revenge of geography, political and military expert Robert Kaplan described Yemen as a “heart of all importance”, attributing its instability to its strategic location and its topography. Kaplan’s opinion is apparently supported by the ongoing conflicts on the ground.

The war in Yemen began on March 26, 2015, when an Arab coalition led by Saudi Arabia launched Operation “Decisive Storm” to overthrow the Houthis and restore the internationally recognized government to power. Soon after, Saudi Arabia and the United Arab Emirates extended their territorial control over vital and strategic areas of Yemen, forming and supporting political and military entities parallel to and sometimes in competition with the government. Meanwhile, Yemeni President Abed Rabo Mansour Hadi lives in exile in Riyadh under virtual house arrest.

This complicated set of circumstances calls for an in-depth examination of the role of geopolitics in the evolution of Yemen’s regional relations, particularly with Saudi Arabia, the United Arab Emirates, Iran and Turkey.

Strategically located on the Strait of Bab al-Mandab, Yemen has long been at the center of regional geopolitics. The strait separates Yemen and Djibouti, and Asia from Africa, connecting the Red Sea to the Gulf of Aden and the Indian Ocean. The strait is 30 kilometers (KM) wide and is divided into two channels by Perim Island; the western channel is 26 km wide and 30 meters deep, and the east is 3 km wide and 310 meters deep.

This famous gateway has witnessed various wars, conflicts and struggles throughout its history, such as the 1973 blockade of Iranian oil tankers heading for Israel during the October War. The importance of Bab al-Mandab increased significantly with the opening of the Suez Canal in 1869, resulting in an increase in the volume of international maritime trade. Its importance further increased following the discovery of oil in the Arabian Peninsula and the boom in trade from East Asia. The vital waterway is now a major artery of globalization as it links Europe to the Indian Ocean and East Africa.

Given its prime location, it’s no surprise that Yemen is the key to China’s Belt and Road initiative, also known as the â€œNew Silk Roadâ€. The strategic location of the islands of Yemen and the ports of Aden and Moka should place Yemen in an ideal position to establish partnerships and acquire business opportunities that would ensure its economic vitality.

While officials in Hadi’s government signed a preliminary memorandum of understanding with China in 2019, the United Arab Emirates intervened, assuming full control of Yemen’s vital ports and islands, preventing Yemen from participating in the project. The UAE’s decision also violates Yemen’s sovereign right to pursue its economic interests. The UAE, meanwhile, is pursuing an ambitious strategic agenda that aims to ensure that DP World, a Dubai-based company, has full control of both Yemeni ports and the Strait of Bab al-Mandab. This could ensure that the area becomes a hub for UAE trade activities, while allowing the UAE to play the role of regional protector by controlling the flow of arms and supporting proxy groups.

By presenting itself to the West and Israel as the guardian of the region, the UAE is trying to make up for the Gulf’s failed double containment policy against Iran and Turkey. The Emirates do not hesitate to insinuate that the alternative to its presence would be either the Houthis backed by Iran or the Islah party supported by Turkey. This policy was directly illustrated by the UAE’s military engagement in 2017 with Yemeni forces to remove the Houthis and the Islah party from control of Bab al-Mandab.

In February 2020, Abu Dhabi officially announced the withdrawal of its troops from Yemen, but it is likely that Abu Dhabi will retain its influence, directly or indirectly, in strategic areas of the country. Although the UAE has evacuated most of its facilities in Eritrea, it has recently started building a military base with an airstrip on Perim Island. He also created several political and military entities to strengthen his presence and control, including the Southern Transition Council (CTS) in 2017, led by Aidaros al-Zoubaidi, and more recently in March 2020, the Political Bureau of the Resistance. national government, headed by Brigadier General Tariq Saleh, which administers several non-state armed groups that are said to include a total of around 200,000 combatants.

These UAE-backed entities effectively control southwestern Yemen. They enjoy the support of the great international powers who do not hesitate to make public diplomatic gestures to show their support. Zoubaidi was invited to attend a session in the British House of Commons, and Michael Aron, the British Ambassador to Yemen, graciously greeted the announcements from the Yemeni National Resistance Political Bureau. The meeting the Ambassador had with Tariq Saleh, the head of the Office, was a clear sign of UK support for the inclusion of the STC in the newly formed Yemeni government, in accordance with the Riyadh Accord, which would allow the STC to gain more international political recognition.

The UAE’s control over the strait also suggests that there will be an indirect Israeli presence, especially after relations between the two countries normalize. It’s no secret that the Strait of Bab al-Mandab is as important to Israel as it is to Egypt, especially if the Ben-Gurion Canal, the Red Sea and Mediterranean waterway that Israelis present as a potential rival of the Suez Canal, is never built.

A crossroads of competitors

As global attention is directed to the town of Marib, the center of a bitter war since February 7 between the Houthis and forces backed by the internationally recognized Yemeni government, government forces have attempted to downsize the Houthi forces. by engaging them in another battle at Taiz.

Popular mobilization forces, and other formations of the Islah party supported by Turkey and Qatar, focused their attack on the west of the province of Taiz, towards the city of Masha and Bab al-Mandab, where there are has a small Houthi presence, and a large UAE-backed force corps. These military measures coincided with a direct demand by Sheikh Hamid al-Ahmar, the prominent leader of the tribal and Islah party, for Turkish military intervention in Yemen, arguing that this is the only way to restore the legitimate government to power. . This apparently follows the critical role of the Turkish intervention in Libya.

The United Arab Emirates, Turkey, Iran and Qatar all find themselves embroiled in the war in Yemen. The rampant conflicts between the countries involved in the Yemen tragedy are a direct result of the greed and regional ambitions that have destroyed Yemen and could very well lead to its fragmentation. The UAE continues to play its role in Yemen with the unspoken blessing of the United States, as evidenced by former US Secretary of Defense James Mattis, who dubbed the UAE â€œLittle Spartaâ€ after its takeover of the United Arab Emirates. Bab al-Mandab Strait in April 2017, comparing the Emirates favorably to the ancient Greek city-state that fought against the Persian Empire. Abu Dhabi Ambassador to Washington Yousef al-Otaiba responded that [we] â€œI believe America’s role in our part of the world provides stability, provides security, provides jobs, provides ideas. And so, we are not just in the pro-American camp. We are the cheerleaders of the pro-American camp. In addition, the Biden administration has decided to proceed with a $ 23 billion arms sale to the United Arab Emirates, which includes F-35 fighter jets.

This agreement between the two countries indicates that Bab al-Mandab and other vital areas will likely remain under direct control of the UAE in violation of Yemeni sovereignty until Yemeni actors agree to a unified political position or a Unexpected fundamental change in regional dynamics occurs.

Ammar Al Ashwal is a Yemeni journalist for a number of Arab and international newspapers. He holds a master’s degree in media and communication sciences from the Lebanese University of Beirut. Follow him on twitter @lshwal.

How conflicts, blockades and history have shaped the geography of Gaza