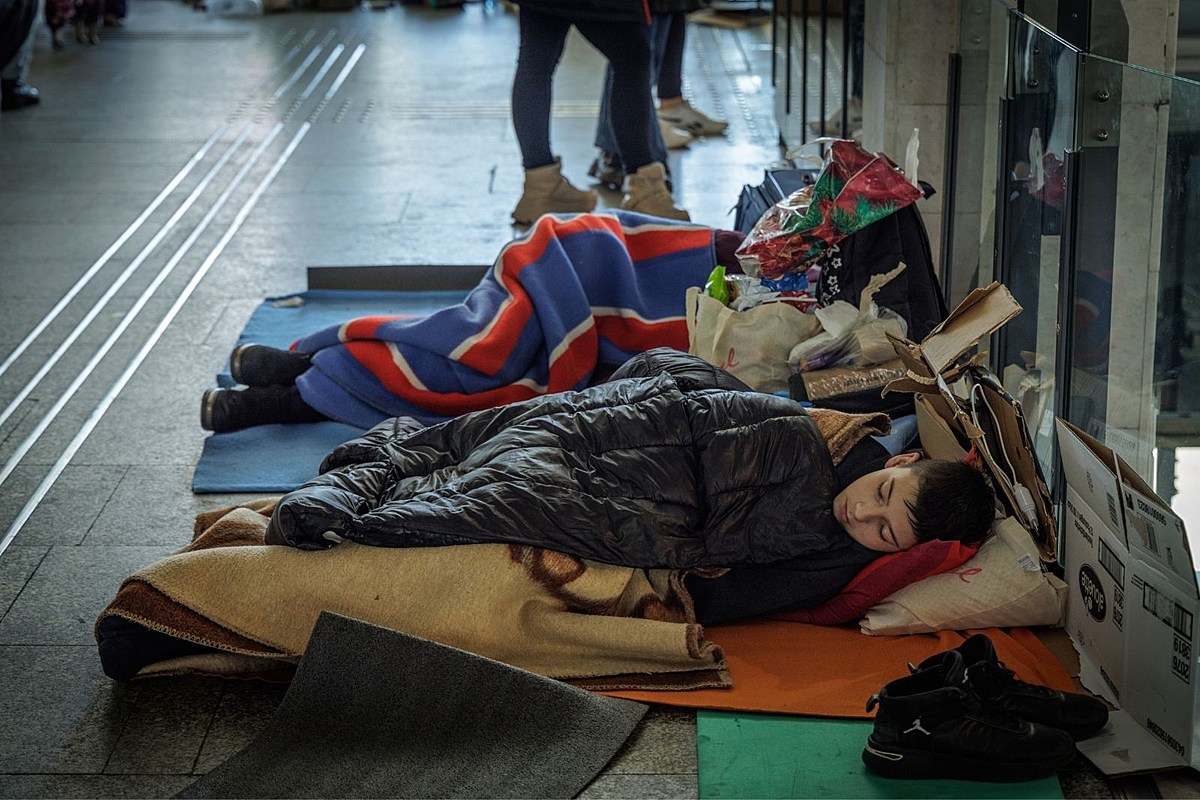 When Westport’s Alexander Carrigg first saw the Russian invasion of Ukraine, he did what many of us would never have thought to do. He booked a ticket to Poland.

Ukrainians are fleeing to Poland by any means necessary, and Carrigg wanted to capture the raw emotions of the Ukrainian people to document this tumultuous and emotional time. Over a period of 10 days, Carrigg documented the story.

A few years before the Russian invasion, Carrigg had documented 60 demonstrations, a few riots in Massachusetts and the riot at the Capitol. Being able to document history is what gives Carrig’s photography purpose.

Carrigg said the travel experience was fairly straightforward, but between aid groups and families seeking safety, it was certainly busy.

Carrigg kept his camera handy as the story unfolded before his eyes, and some of the images he took he will never forget.

“I think it’s the kids in shock that speak to me the most,” he said.

Carrigg proudly accepted the role of ensuring that this moment was marked in time with her emotional photography.

“Any photographer or journalist tries to find the single image that goes beyond the current news cycle,” he said. “Certainly the images collectively create a story and a record of this historic moment.”

The impact on Poland

Carrigg saw firsthand the spirit of the Polish people and their selfless acts of generosity when it came to providing Ukrainians with shelter and hope.

“All the Poles I met…they were hosting Ukrainian refugees…talked about the war. … It was really moving,” he said.

But the toll of the crisis on the Polish people was clear. In Warsaw, Poland, crying faces were everywhere.

“Over 2 million people are coming to an area in such a short time, it’s overwhelming,” Carrigg said.

As the Ukrainian men stayed behind and fought, the area Carrigg documented was overrun with women, children, and infants.

“Sometimes it was just children crossing the border with infants. It’s a very sad sight,” he said.

Although Carrigg acknowledges that there are several incredible organizations doing humanitarian efforts, Americans, as a whole, have no idea what it’s really like out there right now.

Carrigg hopes the following photos will give people a glimpse of what it’s really like for Ukrainian refugees as women and children seek shelter and men stand behind to defend their country.