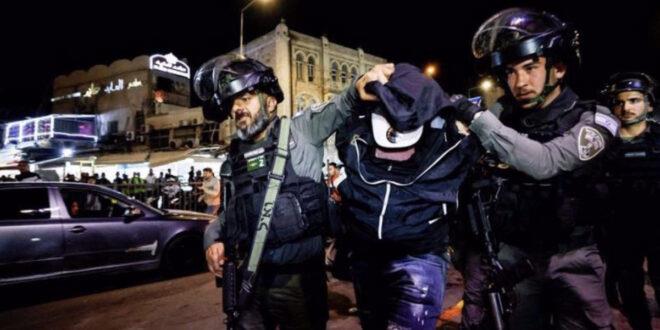 The Israeli occupation and the culture of impunity seriously undermine the…

New York/PNN/ The United Nations special committee to investigate Israeli practices towards the Palestinians has condemned Israel’s gross violations against the Palestinian people, warning that Israel’s insistence on its “culture of impunity violates human rights.

The committee said in a statement that “it regrets that Israel has not responded to its request for consultations or access to the occupied Palestinian territories and the occupied Syrian Golan Heights.”

He stressed that the prolonged Israeli occupation and an entrenched culture of impunity seriously undermine the prospect of seeing Palestinians live in peace and dignity.

The special committee also denounced “the increase in violence by settlers and Israeli forces against Palestinians, arbitrary arrests and detentions, restrictions on freedom of expression and movement, as well as the deepening of the culture of impunity”.

He pointed out that Israeli forces killed at least 60 Palestinians in night raids and operations in the West Bank in the first half of the current year, and the figure shows a sharp increase as 41 Palestinians lost their lives in the during the same period last year.

The special committee went on to slam the Israeli authorities for holding the bodies of 325 Palestinians killed and thus preventing their families from giving them decent burials.

“Settler violence has continued to increase at an alarming rate. A total of 575 incidents of settler violence, resulting in Palestinian deaths, injuries and property damage, were reported between June 1, 2021 and May 31, 2022, compared to 430 last year. Authors are very rarely held responsible. Gross violations of Palestinian human rights, including the right to self-determination, are the result of discriminatory and systematic policies and practices that negatively impact almost every aspect of their lives,” the special committee explained.

He said more than 800,000 Palestinians have been subjected to the illegal practice of administrative detention since 1967, saying some 640 Palestinians, including four children, are currently being held behind bars without charge or trial.

“In the West Bank and east of al-Quds, discriminatory planning laws and military orders are enforced to justify aggressive land expropriation to expand illegal Israeli settlements and training areas military. In Area C, which comprises approximately 62% of West Bank land, nearly 30% is designated as closed “firing zones” and Palestinian residents in these designated areas are at heightened risk of forced evictions and demolitions of their homes. houses.

The UN special committee also expressed particular concern about the ongoing demolitions of Palestinian structures and the displacement of Palestinian residents in the Masafer Yatta area of ​​the occupied West Bank.

“About 1,200 residents of Masafer Yatta face imminent risks of forced evictions and displacement. This constitutes the largest displacement of Palestinians since 1967, and may amount to forcible transfer, which is a serious violation of international humanitarian law,” the committee said.

“Israeli illegal settlements have also continued to expand, leading to the demolition of Palestinian-owned structures and the displacement of Palestinian residents. UN Security Council Resolution 2334 condemns such practices,” he said.

He noted that 387 Palestinian structures, including 68 donor-funded structures, have been demolished since the start of this year, resulting in the displacement of 496 Palestinians.

The committee said it had “received increasing evidence of Israel’s discriminatory and inhumane laws [and] practices that violate the human dignity of Palestinians in every sense and the essence of human rights.

“Palestinian children are routinely intimidated by Israeli forces on their way to school and face physical restrictions on their right to education, despite repeated calls by United Nations Secretary-General Antonio Guterres to Israel to better protect schools as places of learning,” the agency said. said.

The UN special committee then referred to the brutal Israeli siege of the Gaza Strip, saying that 15 years of blockades and land, sea and air closures have effectively trapped 2.1 million Palestinians living in what local residents and international civil society organizations describe it as an ‘open air prison.’

He finally called on the international community to take principled steps to ensure the end of the Israeli occupation and the realization of the Palestinians’ right to self-determination.


Legal disclaimer: MENAFN provides the information “as is” without warranty of any kind. We assume no responsibility for the accuracy, content, images, videos, licensing, completeness, legality, or reliability of any information in this article. If you have any complaints or copyright issues related to this article, please contact the provider above.

Connecting Through Culture is back this Saturday