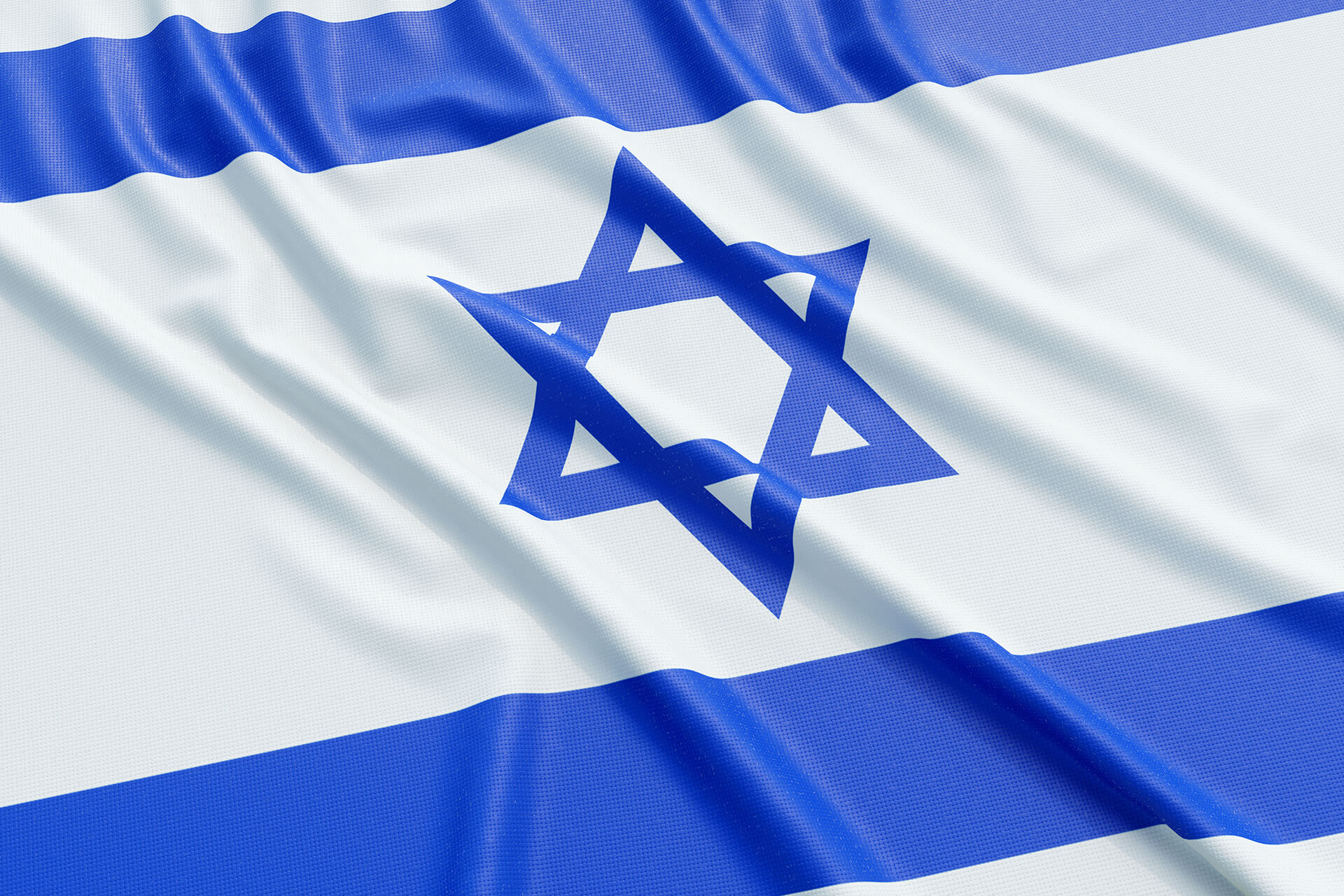 The Israeli bet on audiovisual culture as soft power

Economic and military hard power has not solved Israel’s problems with its neighbors and with the Arabs who live there in recent decades. The handshake between Israeli Prime Minister Yitzhak Rabin and Palestine Liberation Organization Chairman Yasser Arafat in September 1993, with US President Bill Clinton in the middle, was the result of a long soft power effort diplomats from around the world. And that didn’t bring peace between the two regions either.

Today, Israel’s newest soft power tool is audiovisual culture, especially television broadcasts. The main objective may not be peace or simply the profits of the country’s production companies. In the long run, these productions are made to appeal to the hearts and minds of the global population who watch these shows on streaming services, creating a positive perception of Israeli narratives regarding several issues presented in the series.

The most important ingredients for making a nation’s audiovisual products a tool of soft power exist in abundance in Israel today. There is enough money and international co-production deals to make good quality TV shows, full of special effects, different locations and talented writers, directors and stars. There are enough interesting real stories happening every day in the region, inspiring writers to deliver on religion, politics, gender, culture, corruption, violence, prejudice, social injustices and more. And the most important ingredient: Israel is a democracy with freedom of expression, an essential tool for touching the nerves of their own failures and regrets and fostering the production of compelling audiovisual art and entertainment.

The success story of Israeli television

Kicking off Israel’s TV boom was HBO’s psychotherapeutic drama Be Tipul (2005-2008), which generated the HBO adaptation “In Treatment” (2008), winner of two Primetime Emmys. At Gideon Raff’s prisoners of war (2009-2012) was adapted in Hollywood as “Homeland” (2011-2020), winning eight Primetime Emmys. But the fact that Hollywood is adapting and winning more awards than the original stories is just the tip of the iceberg. The new soft power trend in Israeli broadcast culture is spoken word TV shows in Hebrew and Arabic, shot in the Middle East and distributed worldwide by streaming giants like Nefflix, HBO Max and AppleTV+. The success of original productions internationally and at festivals facilitates the formation of the world’s preferences for stories in which Israel controls the content, the morals of the stories and, of course, the profits.

The first non-English TV show on AppleTV+ – International Emmy Award winner Tehran’ (2021) – is spoken in Hebrew and Arabic. He is considered the new Country among television shows, with the special participation of Hollywood star Glenn Close. After an explosive Season 2 finale at the end of June, fans are clamoring for its renewal for Season 3. The story follows a Mossad agent on his first hacking mission in Tehran.

With plenty of political criticism among the stunning scenes of car chases, explosions and betrayals, the show also focuses on a “fictional” underground life in Iran, where women drink, have uninhibited sex and young people, including the son of Iran’s most powerful general, party with drugs and alcohol.

Ori Elon’s show “Shtisel” (2013-2021) became an international hit on Netflix using a different strategy designed to bolster Israel’s cultural soft power. Its brilliant screenplay attempts to demystify religious orthodoxy by following the lives of schoolteacher Shulem Shtisel (Doval’e Glickman) and his son Akiva (Michael Aloni), who discuss moral issues such as arranged marriage, pride , feminism and religion. With his style which combines the influence of It’s us and Downton Abbey‘, ‘Shtisel’ has sparked so much internet debate about fundamentalism – not just Jewish, but also Christian and Islamic – that Marta Kauffman, co-creator of Friends and Grace and Frankiecurrently developing the US version for Amazon Prime.

Like Hollywood, Israel’s new boom in TV shows is not just targeting Israeli cultural specifics. They seek to conquer the world through stories with universal themes. One of them is the psychological thriller Lose Alice (2021), premiered on Israeli channel Hot 3 in June 2020 and internationally on Apple TV+ in January 2021. The series follows a frustrated director, Alice, mother of three daughters, and follows her obsession with Sophie, a young screenwriter. Alice is played by Israeli star Ayelet Zurer, known for Angels and Munich.

The Israeli TV series Lesson took part in the 2022 edition of the prestigious Berlin TV Series Festival and won two awards at the Canneseries Longform Competition. With Doron Ben David (Fauda), it tells the story of a high school teacher and the conflict with his students over racism following a social media post.

Controlling the narrative means owning the moral of the stories. But even if talented screenwriters try to make it as realistic as possible, collateral damage is almost certain. TV shows that are mega hits like Netflix The spy (2019), Fauda (2015) and Hit and Run (2021) show ordinary Israelis recruited by the Mossad or the Israeli Air Force, who become effective agents in infiltrating and capturing even the most difficult enemies, a clear message celebrating Israel’s invincible secret service and its technologies. HBO valley of tears (2020) goes further by turning the arrogance of the Israeli military in the opening moments of the Yom Kippur War into an all-encompassing lesson in overcoming adversity.

Another kind of collateral damage to soft power occurs when its own citizens reject the show’s outlook. The HBO-Keshet co-production Our boys (2019) has been called “anti-Semitic” by Israeli Prime Minister Benjamin Netanyahu, who has called for a boycott of the production. The show focused on the death of a Palestinian boy rather than the Israeli victims whose deaths led to the 2014 Gaza conflict. The producers attempted to show the violence caused by three ultra-Orthodox Jews from the point view of the Palestinian boy’s family, but part of the Jewish public in Israel and around the world complained that the series left the deaths caused by Hamas in the background.

Last but not least, the collateral damage of soft power is competition. Everyone wants to claim a share of the result of the increased influence of cultural soft power on the world population. Producing a full season of a TV show usually costs more than producing a movie. Palestine is thus getting help from streaming services like Netflix to tell its stories told in movies. Palestinian stories, released last October by the streaming giant, is a collection of 32 award-winning films made by Palestinian filmmakers or telling Palestinian stories. Most of them deal with the lives of Palestinians in the West Bank and Gaza, both occupied by Israel since 1967. But there is also a TV show that aims to compete with Israeli narratives. After having watched FaudaPalestinian director Mohammed Soraya makes his own version of the conflicts in a Gaza television studio.
Qabdat Al-Ahrar (Fist of the Free) will look back on the 2018 Israeli operation in the Gaza Strip that resulted in the deaths of seven Hamas fighters and an Israeli officer. It’s a modest, low-budget production with mediocre salaries for artists and crew. This helps explain even the biggest problem with the Hamas TV series: its lack of realism. : Local actors play the Israelis and say they are exposed to hostility from the real world. The Israeli characters speak only in Arabic and, at the request of the Hamas mufti, the women wear the headscarf even if they represent Jewish characters. The perfect ingredients to transform Qabdat Al-Ahrar into propaganda preaching to their own choir and not into an instrument of soft power for the world.

The opinions expressed in this article are those of the author and do not necessarily reflect the editorial policy of Fair Observer.