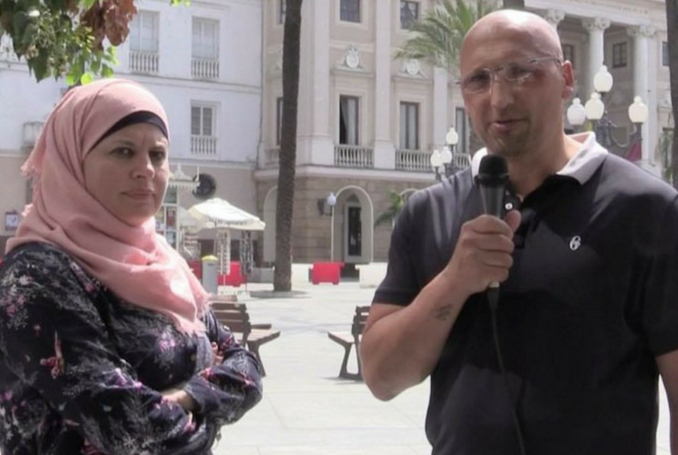 The Israel lobby regularly torments people and seeks to undermine their ability to earn a living. While a growing number of Canadians are wise in their smear campaigns, some progressives still end up aligning themselves with bullies who have abused the term anti-Semitism to intimidate and silence.

The list of good people who have been subjected to the Israel lobby’s â€œculture cancellationâ€ ringtone is long. Hundreds, possibly thousands, of Canadians have lost jobs and contracts or have simply been tormented by the Israel lobby to support the Palestinians.

There is a website devoted entirely to sabotaging the employment prospects of college students who participate in pro-Palestinian activism. In an attempt to intimidate students, Canary Mission details the alleged anti-Jewish activism of individuals.

Last month, prominent author and activist Desmond Cole was attacked by The Canadian Friends of the Simon Wiesenthal Center (FSWC) and others for saying â€œFree Palestineâ€ in an anti-racism speech for educators at the Toronto District School Board (TDSB). FSWC said Cole supported a movement with a “long story anti-Semitism, violence against Jews and promoting the elimination of Israel.

Another high profile example of the Israel Lobby that recently tormented someone is Valentina azarova who had a post in the law department at the University of Toronto was canceled under pressure from the Israel lobby. A major campaign forced the University of Toronto to offer the position again to Azarova, but she rejected the position because she did not want to continue to be harassed by the B’nai B’rith and others.

During the academic freedom dispute, the president of the University of Toronto Faculty Association, Terezia Zoric, was criticized for declaring that a “powerful authorized Zionist minority” had engaged in a “war. psychological â€against those campaigning for Azarova. B’nai Brith claimed Zoric “invoked age-old anti-Jewish conspiracy myths â€and a petition has been launched to remove it.

Elsewhere in Toronto, the Israel lobby seeks to destroy the livelihoods of eight-time winner of the Canadian Association of Journalists award. On September 8, English Al Jazeera columnist Andrew Mitrovica assimilated the IDF to the Mafia after an IDF sniper shot dead a 12-year-old Palestinian boy. Hassan Abu al-Neil was the 73rd Palestinian child killed by the Israeli army this year.

These campaigns target individuals, but they are designed to create a sense of fear towards Israel. At a recent United Palestinians and Jews (PAJU) leaflet distribution session, I met a 20-year-old who had a part-time job and supervised a seven- and eight-year-old class during the lunch hour. in an English-speaking school in Montreal. When Israeli violence and ethnic cleansing escalated in the spring, the young man told some children about it and wrote on the board that Israel has waged war on Canadian arms.

While there are geopolitical, colonial, racial and other dynamics that shape the climate of fear, the most immediate source is the number of Canadians employed full time to lobby for Israel. (I’m assuming there are around 200 paid lobbyists.) This is not a “conspiracy” theory or “anti-Jewish trope,” but rather information easily gathered from websites. pro-Israel organizations.

In “Welcome to the world of paid Israeli slanderers â€I detailed the organizational and financial ecosystem of these groups. The late Republican mega-donor Sheldon Adelson funds groups that operate in Canada, while Canadian billionaires such as Larry Tanenbaum, Gerald Schwartz / Heather Reisman, Sylvan Adams as well as the Azrieli, Bronfman, Sherman and other ultra-wealthy families, also fund lobbying groups.

Together, United Jewish Appeal / Combined Jewish Appeal of Toronto, Montreal, Winnipeg, Windsor, Calgary, Edmonton, Hamilton, London, Ottawa, Vancouver and Atlantic Canada to augment more $ 300 million dollars a year and have over $ 1 billion in assets. The lobbying arm of the UJA / CJA, the Center for Israeli and Jewish Affairs (CIJA) has more than 40 staff and a $ 10 million budget. Additionally, B’nai B’rith has a handful of offices across the country. For its part, the budget of the FSWC is $ 8-13 millions per year. These groups work closely with StandWithUs Canada, CAMERA, Israel on Campus, Honest Reporting Canada and other Israeli nationalist political organizations (often far right).

More than a dozen Hillels campuses, as well as departments of Israeli and Jewish studies typically created by well-to-do supporters of Israel, often participate in anti-Palestinian slander campaigns. Dozens of registered Canadian charities, ranging from the Jewish National Fund to Christians United for Israel, are also engaging in at least one pro-Israel campaign.

The Israel lobby has far more resources than the pro-Palestinian movement. But they are also more determined. While the Israel lobby is focused and often ruthless, the Palestinian side is easily frightened and distracted.

Recently, an editor of the new left-wing outlet The Breach demonstrated how progressives often let the Israel lobby shape the discussion. He complained that when I defended restaurant and Foodbenders activist Dimitri Lascaris from the attacks, I did not show enough concern for the discriminatory tropes that could have been employed.

They also claimed that a series of other statements she made fueled anti-Jewish tropes. For my part, what I saw was someone making progressive, albeit crude, political statements on a range of issues such as KKK Canada, fuck the police, etc. But, even if I accepted the worst interpretation of Hawkins’ statements, I didn’t see how “gradual” it was to fuel the campaign for the bankruptcy of a small left-wing restaurant, which included targeting its payment providers. , delivery services, website host, city license, etc.

The complaint about Lascaris offers a stark contrast between the strength of the Israel lobby and the quibbling of progressives. After organizing a rally in 2018 against the defamations of B’nai B’rith against the Union of Postal Workers, Lascaris called on Liberal MPs Anthony Housefather and Michael Levitt, CIJA, and others who had publicly defended B’nai B’rith before the protest, to repudiate two of the supporters of this group who called a number of Muslim and Brown politicians to be killed in a video detail their participation in the counter-demonstration to the rally against the B’nai B’rith.

Lascaris tweeted about the two B’nai B’rith supporters who “call for the death penalty to be imposed on Justin Trudeau and Liberal MPs Iqra Khalid, Omar Alghabra and Maryam Monsef â€and asked Levitt and Housefather toâ€œ denounce â€the threatsâ€œ but shamefully they didn’t say anything â€. Then Lascaris tweeted: “Seemingly liberal MPs Anthony Housefather and Michael Levitt are more devoted to Israeli apartheid than to their own prime minister and fellow Liberal caucus.

Instead of distancing itself from openly racist Israeli activists who made death threats, the CIJA went on the offensive, prompting the prime minister, the Tory leader, the NDP leader and many others to condemn the tweets of Lascaris. They claimed he was using an anti-Jewish trope and three years later some progressives continue to focus on that rather than the importance of defending a left-wing pro-Palestinian militant against a vicious attack.

When a well-funded and coordinated movement defending a violent apartheid state seeks to destroy the livelihoods of progressive peoples, leftists must be cautious about allowing such attacks.

– Yves Engler is the author of Canada and Israel: Building Apartheid and several other books. He contributed this article to The Palestine Chronicle. Visit his website: yvesengler.com.