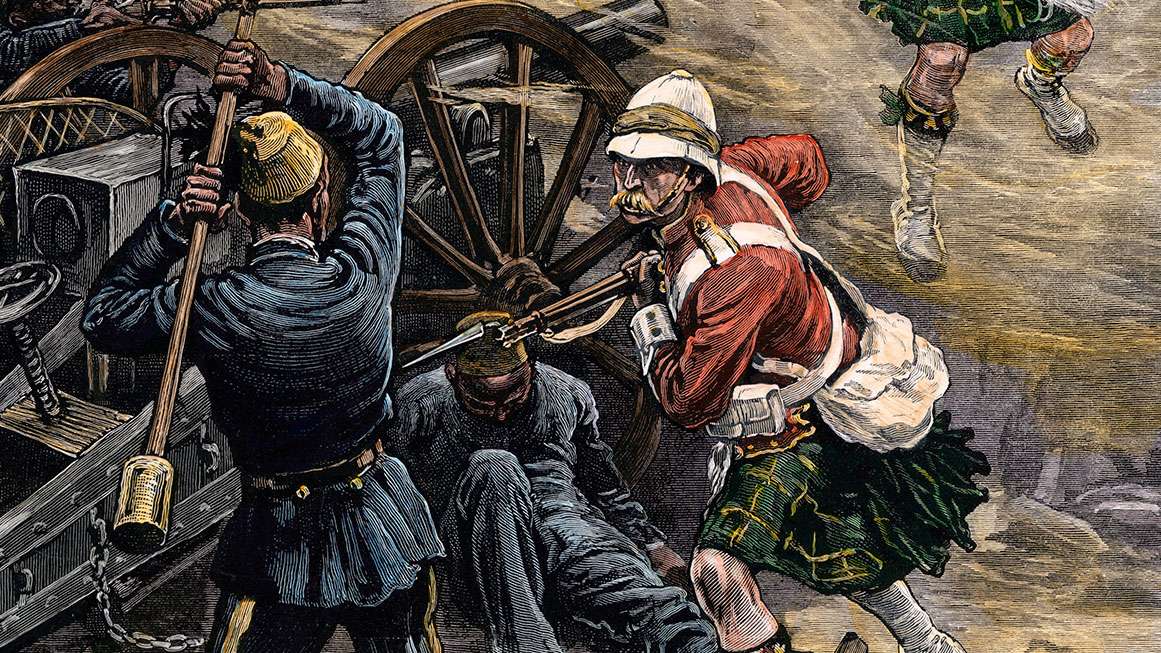 The Legacy of Violence: A History of the British Empire, by Caroline Elkins, Knopf, 896 pages, $37.50

Histories of imperialism, particularly 19th and 20th century European imperialism, have long been dominated by supposedly neutral narratives that sanitized the often bloody practice. More recently there has been a resurgence in apologies for empires in general and the British Empire in particular, from writers such as Niall Ferguson, Ian Morris and many of the neoconservative intellectuals who once enjoyed a sun during the presidency of George W. Bush.

Their work is not only of interest to historians. These books deal explicitly with contemporary politics. Empire, they suggest, is the most practical and effective way to organize political life on a large scale geographically and to bring progress to places that would otherwise be stuck in tribalism and barbarism. The British Empire in particular is presented as essential to the emergence of a modern, liberal world order, usually with the argument that the United States should now take over. These ideas appealed to some social democrats and liberals, as the Bush years showed.

Caroline Elkins’ Legacy of Violence should put such fantasies to rest. Elkins, a Harvard-based historian, shows in detail what British imperial rule repeatedly meant for subjugated peoples: systematic brutality, repression and violence. As she traces this history of massacres, forced displacements, concentration camps and arbitrary arrests, imprisonment and torture, no reader should have any illusions about empire. This violence was not incidental to Imperial rule or a blatant departure from normal practice; it was an essential characteristic.

The book takes us from India to South Africa to Ireland to Palestine and beyond, with the same cast of characters appearing in each location as the system is perfected. A central aspect of Elkins’ story is how anarchic action was authorized by a form of law, producing what she calls “lawful anarchy”.

Obviously, there is an inherent contradiction between such an empire and the tenets of liberalism – universal human rights, the freedom and dignity of all individuals, the rule of law, limited government based on the consent of the governed. Yet, as Elkins shows, the British Empire, like its French counterpart, justified itself on liberal grounds. In this liberal imperialism, the empire is seen as a means of raising the “underdeveloped” populations towards the heights of liberal civilization. It imposes a paternalistic government with liberal aims, deriving from a tutelary duty imposed on the most socially and politically developed parts of the world. The ultimate (but in practice remote or fleeting) goal was for the colonies to become the self-governing equals of the metropolis.

This rationale for imperial rule was deeply hypocritical and contradicted by practice. Yet, as Elkins shows, many members of the empire’s administrative and political classes genuinely believed in it. It wasn’t just morality, though it was definitely a feature of it. As a result, liberal imperialism was not only brutal but vulnerable, as its victims could try to hold it to account for violating its own justifications – a path impossible with more overtly power-based imperialisms.

Elkins argues convincingly that the British Empire was a failure in terms of its own legitimating ideology and was partly undone by it. (He was also defeated by the resistance of his subjects and by the hostility of other powers, especially the United States.) Elkins adds that imperial rule also damaged liberal practice in the metropolis, as repressive methods perfected in the colonies were home during war or crisis. And she briefly notes a point raised by a number of people: that fascism and Nazism were the practice of imperialism practiced in Europe itself rather than in other parts of the world.

Legacy of Violence is therefore a valuable corrective and a reminder to liberals of the obvious contradiction between our ideals and the nature of imperialism. But the book also has some flaws.

One is his confused treatment of political economy. Although Elkins associates the British Empire with free-market capitalism, the policy that was increasingly advocated after the 1880s and instantiated from 1932 to the 1960s was state-directed capitalism with a central role for a interventionist government. This project, she repeatedly observes, failed on its own terms, and empire was an economic bad deal on the net for most Britons, let alone the oppressed colonies. But she simultaneously argues that it was a system of economic extraction for the benefit of Britain. The obvious way to resolve this contradiction and strengthen one’s own argument is to reiterate the classic liberal view put forward by JA Hobson and others: empire was bad for the majority of Britons, including most business interests, but very lucrative for specific minorities, including the aristocracy, the administrative class, the military, and the politically advantaged capitalists.

This confusion is linked to another weakness. Elkins implies both that, in the British case, liberal imperialism was the only kind of imperialism and that there is an inherent connection between liberalism and imperialism. Both ideas are simply wrong. A long succession of liberals, such as Richard Cobden and Herbert Spencer, were strongly hostile to the empire. There was also a conservative rationale for empire, found in people like James Fitzjames Stephen, which involved no idea of ​​guardianship and relied frankly on appeals to power. There were both pro-empire socialists (as Elkins acknowledges in his account of Clement Attlee’s government) and anti-empire conservatives, like Edmund Burke, who rejected imperialism as both a violation of the law and traditional rights. While Elkins notes Burke’s criticism of British practices in Bengal, she then clumsily tries to fit him into the liberal imperialist tradition.

This book raises an important question for people today, especially liberals – one that Elkins herself avoids. At various times she notes how the aftermath of the British Empire saw communal strife (most obviously and disastrously in Palestine and the Indian subcontinent, but also in Ireland, Cyprus and Malaysia) or a authoritarian regime which continued the repressive methods of the empire (for example, in Kenya). She attributes these results exclusively to the repression and violence of the empire and its policy of divide and conquer; they are the “legacy” of the title of his book. In the Indian case, for example, she blames the Hindu-Muslim animosity that led to the partition entirely on the British, as if it did not exist before the arrival of the empire. This will come as news to many people in this part of the world.

Here, an empire apologist might argue that imperial rule prevented the violence that erupted once it ended. But colonial policy undoubtedly contributed to the violence, even if it was not the only factor. First, it has often undermined previous forms of governance, so its withdrawal has created a vacuum and triggered a cascade and escalation of conflict. Second, and more importantly, opposition to empire generally aimed not at the restoration of pre-imperial institutions, but at the replacement of empire with sovereign, exclusivist nation-states.

The problem is that in the modern world, empires and nation states are the only institutional arrangements offered for a large-scale complex political order. Both are unsatisfactory from a classical liberal point of view. So the challenge is to figure out what other forms there might be.

This article originally appeared under the title “The British Empire has failed on its own terms”.

Music, culture and the arts shine in Qatar’s September calendar