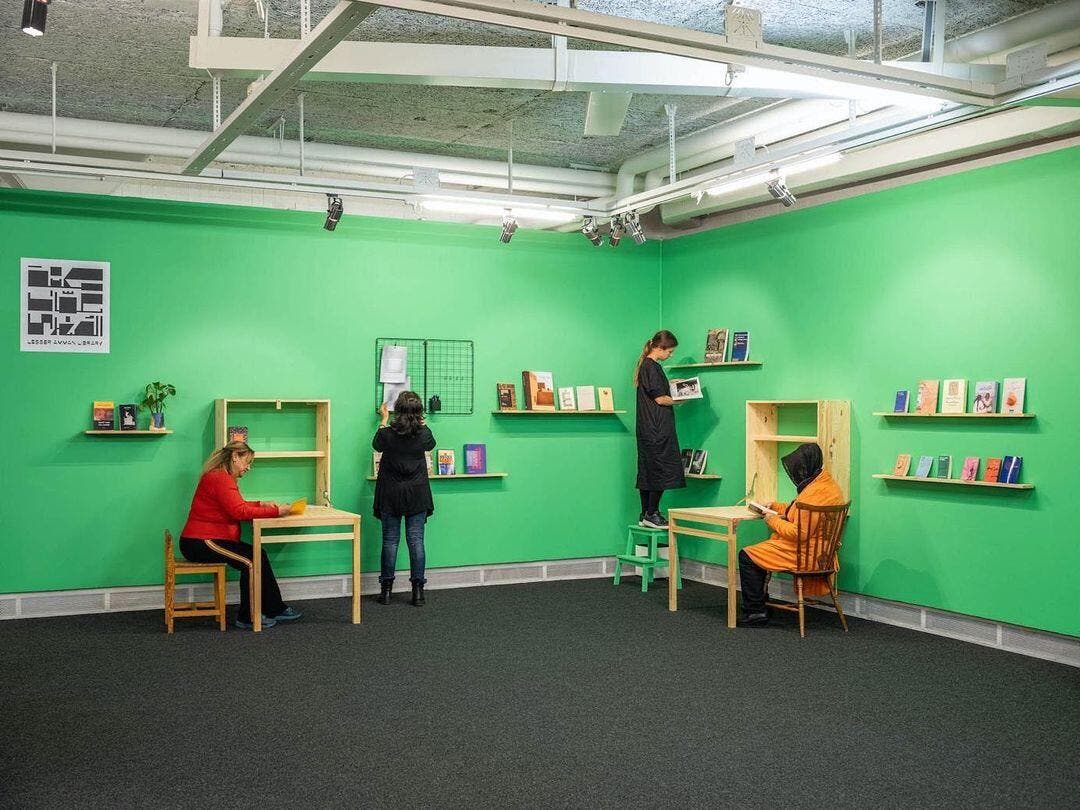 The Amman Way: how do you see ecosystems, art and culture?

Co-funded by the EU, the first edition of the “Academy of Ecosystems” was implemented by MitOst in Mohammad and the Mahera Abu Ghazaleh Foundation for Arts and Culture, (MMAG) in Amman, according to a statement from the program .

The Ecosystem Academy facilitates peer-to-peer exchange-based learning methodologies to build awareness of the cultural ecosystem by mapping and reflecting on the diversity of actors working in arts, culture and culture. civil society working in the MENA region, their roles and interconnections and how this contributes to the resilience of their sectors.

For three days, participants discussed several topics including organizational capacity building, community development, partnerships and cooperation in addition to collective sustainability within and beyond organizations.

The Ecosystem Academy followed an open and participatory approach that allowed participants to set their own agenda and choose the topics they would discuss. The academy provided dialogue and exchange methodologies based on peer-to-peer learning, learning-by-doing and mentorship support, according to the statement.

The participants in the Ecosystem Academy came from different countries, including Tunisia, Algeria, Jordan, Palestine, Lebanon, Egypt, Morocco and Libya, in addition to the beneficiaries of the components “ Youth-Led Cultural and Civic Initiatives” and “Cultural Alliances” alongside facilitators and animators.

Participant Aseel Issa, from MedeArts Network (one of the beneficiaries of the “Cultural Alliances” strand in Jordan), expressed her joy in participating in the Ecosystem Academy, she noticed a great similarity between the challenges that are faced by organizations working in the cultural sector in different countries.

“The discussions provide an opportunity to learn how other organizations are addressing common challenges in varying contexts,” she said.

Mohamad Abotera from Culture Resource in Lebanon assured that the topics discussed were diverse, the most important for him being questions around the funding granted to cultural institutions, the laws governing their work, issues of autonomy and sustainability of cultural work and artistic. Among the topics that were also raised, as Abotera mentioned, was “the work of cultural organizations under occupation and war”.

For Youth-Led Cultural and Civic Initiatives Fellow, Photographer Fethi Sahraoui of Collective220 in Algeria, the academy is a chance to get to know artists and organizations working in arts and culture across the country. other countries. The academy was Fethi’s first participation at the regional level within the MENA region, which gave her the opportunity to network and showcase her work to other practitioners.

As for Shorouk Elhariry from the Byn Collective of Egypt, who is also a beneficiary of the “Cultural and Civic Initiatives led by young people”, she stressed the importance of having a “space for dialogue between individuals and institutions” and the exchange of experiences and opinions. She emphasized the importance of combining entrepreneurship with the arts, which was a topic discussed at the academy.

All-Around Culture Program www.allaroundculture.com aims to foster a vital cultural ecosystem as an enabling environment for the social and economic inclusion of young people in seven countries of the Arab region, including Algeria, Egypt, Jordan, Lebanon, Morocco, Palestine, Tunisia, and the Libyan and Syrian communities in those countries, the statement said.

This article has been adapted from its original source.