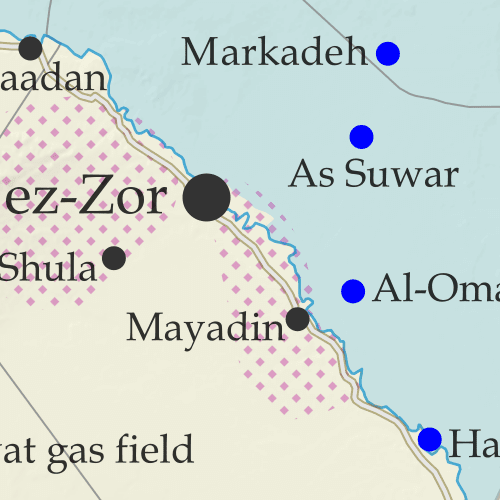 (To see all the cards in this series, see all Syria updates.)

Despite no changes in Syria’s lines of control since 2020, the so-called ‘Islamic State’ (ISIS/ISIL) has continued a bloody insurgency in the central desert, which has increasingly occupied the Assad government and its allies. Russians and Iranians. Meanwhile, fighting between Kurdish and Turkish-led forces has continued sporadically, and something of a rebel resurgence in the southwest has come and gone.

Find out all this and more on the latest update to PolGeoNow’s concise and professional Syrian Civil War Control Map, which includes a timeline of changes since our previous Syria map report in July, with sources quoted.

This map and report are premium content, available to paid subscribers of the PolGeoNow conflict mapping service.

Want to see before subscribing? Check out our latest FREE SAMPLE map of Syria!

SUBSCRIBERS CLICK HERE TO PROCEED TO ITEM AND MAP

Not registered? Click here to learn more about our professional subscription service!

Can I buy just this card?
This map and report are not available for automated purchase to non-subscribers. If you need access or republish rights only for this map report, contact [email protected] for options.