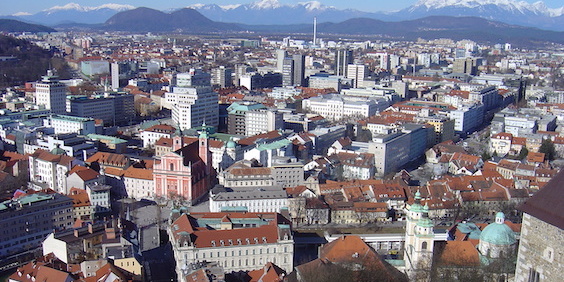 According to multiple sources, Slovenia’s culture ministry recently cut nearly 50% of NGO co-funding during its last four-year tender, a move some fear will push the country’s cultural landscape on the edge of the abyss. The move, which cuts funding from €6.4 ($7.1 million) to €3.6 million ($4 million), comes as the ministry records its largest budget since Slovenia gained independence from Yugoslavia in 1991 and has been following the rise to government power over the past two years. years of a right-wing administration, which also gutted the Slovenian News Agency and withheld funding from media covering or expressing views contrary to those of the ruling party.

Many of the arts organizations that were denied money had been funded for decades through the department. Maska Institute, an established contemporary arts nonprofit, which was one of the organizations rejected, noted that a number of those who were rejected had already seen their funding cut in previous rounds, but had successfully appealed these decisions. Additionally, a significant proportion produced or sponsored socio-politically engaged work that contradicted the mores espoused by the ruling Slovenian Democratic Party (SDS). “Cutting funding has become a means of punishment and suppression of speech and creativity,” Maska wrote.

Speaking to the Slovenian weekly Mladina last week, Jani Novak, of the well-known and long-standing industrial group Laibach, which has its roots in Trbovlje, lamented: “The current tender is, in fact, an insult to renowned cultural players (such as the Theater Glej, the Maska Institute, the Delak Center, the City of Women, Carmina Slovenica, Ars Ramovš and many others). Given their remarkable credentials, a smart ministry could – and should – co-finance them directly, without any complicated and demeaning bureaucratic procedures. The newspaper, in a separate January 7 article, called the Glej Theater one of the few spaces in the country showcasing new works by Slovenian playwrights and a melting pot in which many national actors are forged.

As French network Euronews revealed last week, Slovenia was placed in June on the watch list of the Civicus Monitor, which issues warnings about countries where civic freedoms are rapidly disappearing. The publication details government cuts to funding for culture and cites environmental NGOs as also being at serious risk, with funding for climate-related efforts cut by 70% and funding for environmental projects reduced to zero.

Sinn Féin and the re-greening of Ireland