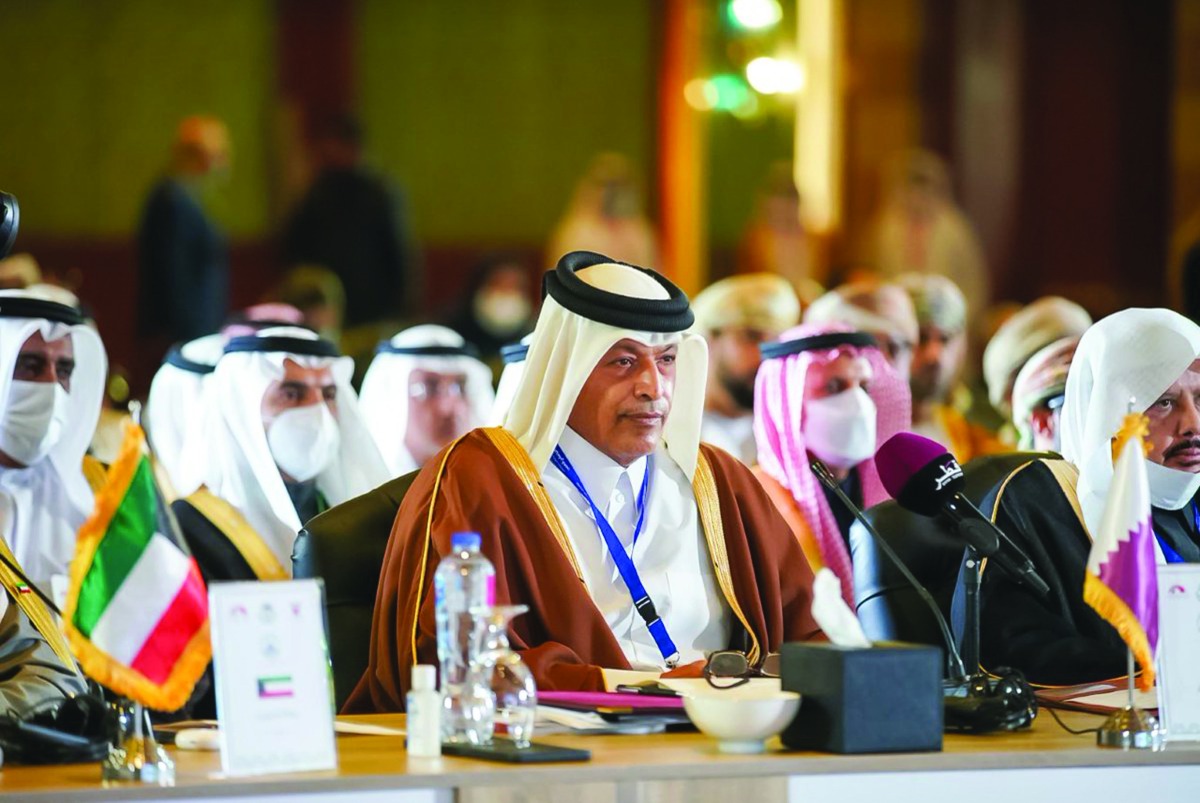 The Chairman of the Shura Council, HE Hassan bin Abdullah Al Ghanim, has renewed the call of the State of Qatar to address the roots of the problems that lead to wars, conflicts, terrorism and extremism in the Arab region and the world. He underlined Qatar’s belief in the unity of the Arab nation, which is structured on chivalry and love of good for all and the virtues and brotherhood that our religion advocates.

This emerged from a speech delivered yesterday by the President during the opening session of the 32nd Conference of the Arab Inter-Parliamentary Union, held in Cairo under the title “Arab Solidarity”.

His Excellency referred to Qatar’s efforts to reform and arbitrate between conflicting parties and parties, whether between states or between components of a single state. He also spoke about Qatari initiatives aimed at educating young men and girls and providing employment programs for young people in conflict areas.

He drew attention to the tensions and instability that many Arab countries are experiencing, which led to the call for this conference to rekindle Arab solidarity.

Al Ghanim said that the unity and solidarity of the Arab world has been subjected to violent jolts and that differences have arisen between his countries and governments on their positions on the Palestinian question and on the means of achieving peace with the usurping entity, adding that for seven decades, Arab countries have been victims of the machinations of the common enemy, its sponsors and protectors.

He referred to Israeli practices against Palestinians, stressing that the issue of occupied Arab lands should be a top priority. He called for ensuring the support of the Palestinian people to fully recover their right to their land in accordance with international resolutions, laws, charters and the Arab peace agreements of 2002.

The president pointed out that achieving a just peace will achieve stability for all, help launch the wheel of production and achieve rebirth. He stressed that heritage, religion and a common destiny remain a bond that unites and strengthens Arab solidarity, adding that disagreement is an eternal tradition among human beings, but they can overcome these disagreements by adhering to the bonds. of unity, pride and dignity.

Al Ghanim pointed to the plots of the enemies of Arab and Islamic nations and the nihilistic wars and conflicts that the region has witnessed and is still witnessing. He added that the sanctities of Muslims have been violated because of the temptations planted by the enemies, especially the occupying entity, which has spread all the evil in the Arab countries. He stressed the importance of solidarity, cooperation and coordination to support the brothers on the front line, recalling the duty to them and warning that despair can permeate the long wait for victory and relief.

He warned of the need to pay attention to the people, to provide them with a decent life, to improve internal conditions, to fight against corruption and injustice, to achieve justice and equality, to to ensure security and stability, and to beware of the enemies of the Arab region and their plans to create conflicts between countries.

The Chairman of the Shura Council thanked and appreciated the Presidency and the Secretariat of the Union for the successful organization of the conference, wishing it every success in achieving results that serve all countries and strengthen solidarity and unity.

On the sidelines of the conference, the President met the President of the Algerian People’s National Assembly HE Ibrahim Boughali. They reviewed the bilateral cooperation relations in the parliamentary field during the meeting and ways to strengthen them. They reviewed several topics on the conference agenda and ways to improve joint Arab action.