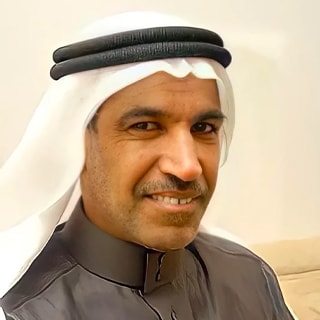 In an April 13, 2022 article from the London-based Saudi daily Al-Sharq Al-Awsat, Political scientist Tawfiq Al-Saif said that a hallmark of Arab political culture is the refusal to negotiate and compromise on various issues, especially regarding the Palestinian-Israeli conflict. Even when the majority of people are willing to compromise, he said, they end up succumbing to the pressure of a dogmatic minority that adopts an “all or nothing” approach, which prevents finding solutions to the problems in the region.

Here are excerpts from his article:[1]

“According to studies of political culture, some societies are very adept at negotiating and getting what they want through negotiation, while others are averse to negotiation and compromise on principle, and often consider those who advocate [compromise] as negligent or even as traitors. To illustrate this, let’s say I present ten people in an Arab country with the following question: We have a dispute [with others] regarding certain rights that we claim for ourselves. We can reach half of it through negotiations, without incurring heavy losses. Should we accept half [of our rights]Or continue to demand them all, no matter how long it takes?

“I think seven of those people would accept half, because it’s a certain [achievement], free of charge. Some will say: Let’s take what we have already achieved, and [then] we’ll get the other half back. [But] three will see compromise as cowardice and defeatism…

“Some of my dear readers will probably agree with me that one bird in the hand is better than ten in the bush, and perhaps the majority of people would go that route. However, I have noticed that Arab society takes a completely opposite approach when it comes to political positions. On national issues like Palestine, for example, and on political issues, people demand the ten birds and categorically refuse to negotiate. In my opinion, c This is one of the factors that has prevented finding solutions to the serious problems facing Arab countries…

“To come back to the above question, if we put it to ten people, each one separately, seven of them will agree to negotiate a compromise. But if we put it [to them] as a group, the three will rise and deliver bombastic speeches about the great humiliation suffered by any nation that accepts to compromise. Then you will see the scales leaning clearly towards this position, and you will ask yourself: Did the seven abandon their position after hearing the speeches of the three? The truth is that they did not give up their opinions, but [only] acquired a different perspective, which is the perspective of values ​​and principles, unfortunately disconnected from logic and the demands of reality. Some may begin to think: is it possible that seven people are right and everyone else is wrong? Or perhaps they will say: is it right to abandon values ​​and principles in favor of the banalities of this temporary world?

“These questions were posed to the Japanese people in July 1945. Japanese culture is similar to Arab culture in its dogmatism, but they nevertheless agreed to receive less than half. The Muslims of India faced the same dilemma, more or less the same period, and took the opposite approach, which led to the establishment of Pakistan. It’s a story in itself, which we may get to in the near future.

High and low criticism of Israel

Serious Money: Walking Plutocratic London – the rise of the super-rich