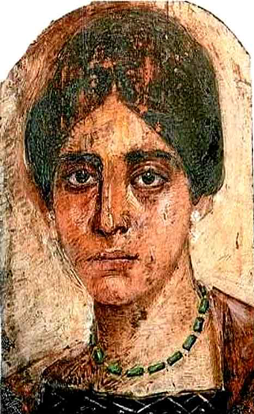 Since the dawn of exploration and travel, many travelers have drawn their passion and inspiration from the biblical geography associated with the Sinai Peninsula.

Before the development of Egyptology in the XIXe and 20e For centuries, most travelers have seen Egypt just as the backdrop to the scene of the Exodus and part of the “Children of Israel” itinerary.

One of the oldest known trips to Sinai was the pilgrimage made by the French Postumian around AD 400. The history of his pilgrimage is known only from the writings of the Christian historian Sulpice Sévère (363 – 425 CE).

Postumian traveled from Narbonne in present-day France to Alexandria, from where he visited Sinai and Thebaid in the Eastern Desert of Egypt, in search of the famous Christian hermits of this period. He climbed Mount Sinai and gave a general description of its summit.

Around the same period, at the beginning of the 5e Century, Aetheria (or Egeria) completed her pilgrimage to Sinai, presenting one of the most astonishing descriptions of life on Mount Sinai.

She retraced, step by step, what the monks revealed to her as the footprints of the children of Israel who received the law of God through the sacred places of Mount Sinai, Elijah and Horeb. They are also said to have traveled to the plains of El-Raha and Riphidem, and other places mentioned in the biblical books of Exodus and Numbers.

Throughout the centuries after Aetheria, many important pilgrimages to the region have taken place. These include the voyage of Félix Fabri, written under the title Fratris Felicis Fabri Evagatorium in Terrae sanctae, Arabiae and Aegypti Peregrinationem, which was published in 1448.

Fabri proposed the bases for re-imagining contemporary geographic scenes from certain books of the Bible, such as Exodus, Judges, Numbers, and the Books of the Maccabees.

In addition, Fabri reiterated the stereotypes of the Middle Ages about Muslims living in the holy lands of Palestine, in which they are often described as “infidels” or “Saracens”.

Fabri was one of the first travelers to attempt to piece together biblical names associated with Sinai and Palestine such as Ethan, Mara, Helim, Dephea, Raphadim, Areroth, Rechma, and Cades. He explained fifteen meanings of the word “desert,” as a place of isolation, death, snakes, sand dunes, thirst, devil, and temptation.

Fabri opened up some of the ancient paths to what would later become “Orientalism”, describing the Bedouins as a savage and miserable people. He also gave them the name of “thieves of the desert” because he claimed that they were not arming themselves for battles to defend their lands, but to steal from others.

In 1547, Pierre Belon du Mans (1518-1564) made his “Voyage en Egypt”. As Belon was more interested in the natural history of the country, he showed little interest in the sacred history and geography of the Sinai Peninsula.

During his visit to Sinai, he was busy describing the natural vegetation and cultivated crops of the oasis of Phiran, at the foot of Mount Sinai. Despite his good map of St. Catherine’s Monastery and sacred sites, there is no mention in his book of biblical quotes or stories of Moses and his people. In his itinerary, George Chr. Von Neithzschitz (1636) followed in the footsteps of the Children of Israel in Sinai.

The Egypt trip de Balthasar de Monconys (1646-1647) presented a “neutral” description of Sinai and a detailed route from Suez to Mount Sinai. Within this framework, he included impressive drawings of Saint Catherine’s Monastery and the two peaks of Mount Sinai and Mount of Saint Catherine. The same “neutrality” is found in Travels in Egypt by Jean Coppin, 1638-1640.

Other travelers, such as Aquilante Rocchetta (1599), Henry Castela (1601), Gabriel Bremond (1645) and Ellis Veryard (1678) adopted a semi-neutral method. They presented their itineraries in Sinai by describing the scenes against a background of “sacred theater”.

Once again the Trip to Mount Sinai Father Sicard (1720) was inspired by the sacred texts of the Bible and the book of Exodus in particular. There are many place names associated with the Children of Israel, and this trip was unique in presenting a map of the Sinai Peninsula according to the Bible.

There were also several trips by Russians dedicated especially to the pilgrimage to Mount Sinai, including a very impressive one by Basil Posniakoff (1558).

Posniakoff was totally oriented by a religious version of the geography of the Exodus, with his trip mandated by a political mission and supported by Russian Tsar Ivan the Terrible. He also had the blessing of Metropolitan Macarius, who gave it on behalf of all Orthodox Christians in the Russian territories.

This trip was one of the first to provide details of what was considered Bedouin violence against the monks at St. Catherine’s Monastery.

The Russian merchant Basil Gogara made his trip to Sinai in 1634, and also mentioned Arab hostility towards Saint Catherine’s monastery. This happened despite, he claimed, the monks providing these “savages” with food and aid.

Russian monk Hippolyte Vichensky (1708) sets out on a journey to Egypt, where he delivers images of real geography rather than the Bible. Here there were more details about the sources of Moses (or Ayoun Mousa in Arabic), the multicolored landscape and the vibrant flora of Mount Araba. He also wrote about Saint Catherine’s Monastery, the religious life of the monks, the wealth of animal life in Sinai, and the route from Mount Sinai to Raithou (El-Tor).

More recent Russian voyages, including those of Abraham Noroff (1835 and 1861) and Porphyry Ouspensky (1845 and 1850), have undertaken research into the Arabic significance of certain geographic names relating to the Exodus.

Noroff claimed, for example, that the mountain of ‘Ataqa is Arabic for the “deliverance” of the children of Israel from the pursuit of Pharaoh’s army and crossing the Red Sea near Qolzum (Suez) .

According to Noroff, some Arabs around Saint Catherine’s Monastery are descended from slaves sent by the Roman Emperor Justinian and are believed to be of gypsy origin. Ouspensky gives a good account of the main stops on the pilgrim route through central Sinai, in particular Wadi Shelal, Wadi Nasab, Serabit Al-Khadim and Wadi Wardan. 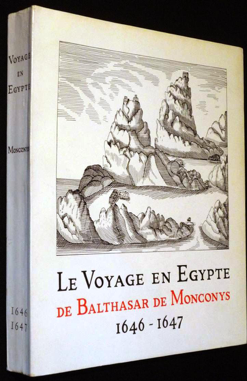 In his journey “Travel sketch in Egypt and Sinai “, Alexander Dumas (1839) added an expressive caption: “Including a visit to Mount Horeb and other localities of the exodus”. The same method was adopted in the famous book by EH Palmer (1871) entitled The desert of the Exodus.

Palmer paid a heavy price for his trip, when he was killed in 1883 by Bedouins in central Sinai. He was sent there by the English government, most likely to aid the English invasion by using his influence on the Arabs of the El-Tih Desert. He succeeded in preventing the Arab sheikhs from joining the Egyptian nationalist movement, led by Ahmed Orabi, and obtained their non-interference in the Suez Canal.

In 1871, William Beamont published an account of his trip to the Egyptian peninsula in Towards Sinai and Syene, and back in 1860 and 1861. Beamont’s account is another example from the history of changing winds while geography remains unchanged. In chapter 9, entitled The Exodus, Beamont re-imagines the sacred story of the flight to the Promised Land by the “Shemmo” (or “foreigners” as the Egyptians called the Children of Israel).

Throughout these examples of travel to Egypt, the Sinai Peninsula became the cradle of Judaism. With Palestine designated as the birthplace of Christianity, the two regions were incorporated on a pilgrimage trip, generally following in the footsteps of Moses and his people.

Considerable parts of most of these trips draw heavily on the writings of the Holy Books or biased analyzes of the anthropological characteristics of the local population, rather than observing actual landscapes.

After writing their general impressions of the desert scenes, the camels, the tents, the Bedouins, the scorching heat and rays of the sun, the sandy plains and the pale rocks, travelers generally return to the story (mainly the myths and meta-stories rather than actual archeology) to complete the long pages of their accounts.

With the start of a critical period in Egyptian history at the end of the 19th century, the American traveler Henry Field arrived in Egypt. His book Into the desert: with a brief overview of recent events in Egypt was published in New York in 1883.

While most of Field’s work is devoted to a detailed description of Sinai and southern Palestine, the first two chapters deal with political unrest in Egypt during the British occupation.

Because of its political, historical, geographic and cultural anthropology, the Field’s voyage of 1883 deserves to be detailed in the next article.