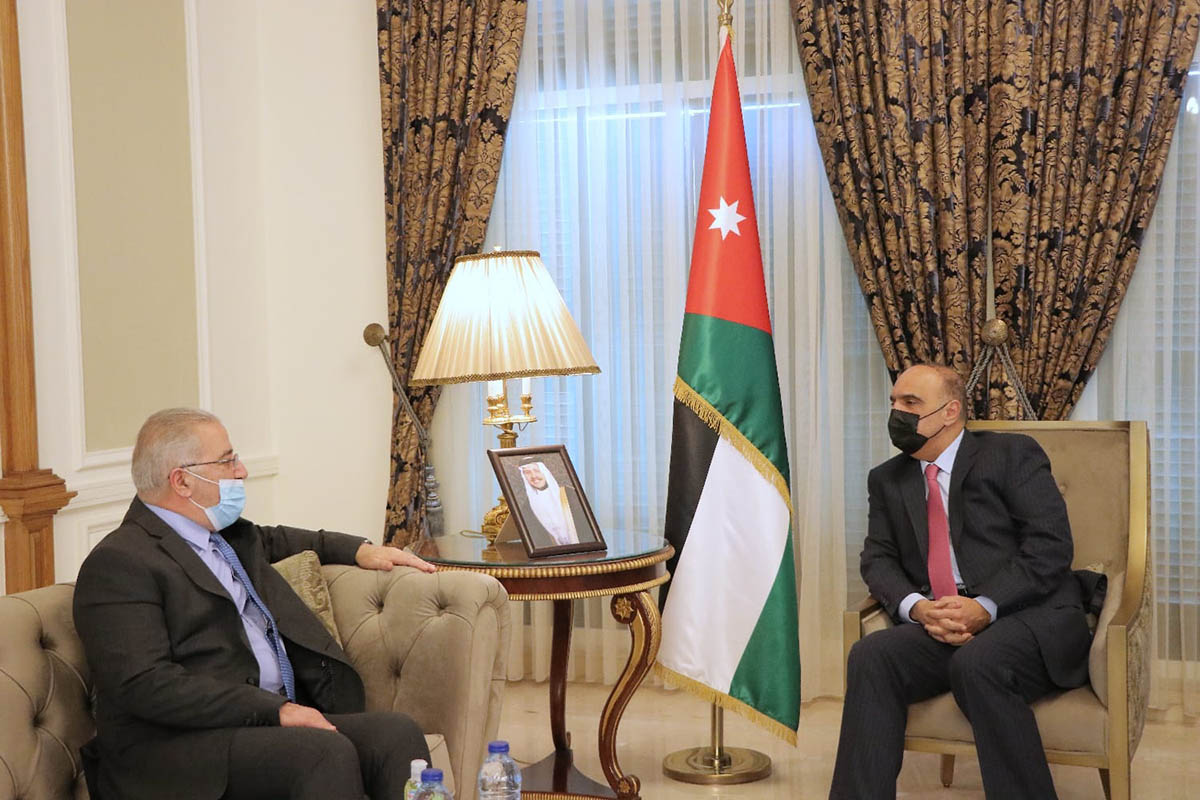 The Prime Minister underlined the “special historic and fraternal” relations between the peoples of Jordan and Palestine, which His Majesty King Abdullah and Palestinian President Mahmoud Abbas are keen to strengthen.

He reiterated Jordan’s strong support for the right of the Palestinian people to establish an independent state on the model of June 4, 1967, with Jerusalem as its capital under the two-state solutions.

Jordan, Khasawneh stressed, stands with the Palestinians with all its capabilities and expertise to assist in their steadfastness and the restoration of their legitimate rights.

For his part, the Palestinian minister praised the support of the Kingdom, underlining the deep-rooted historical ties.

“We are proud of our relationship with Jordan, which is our gateway to the outside world,” he said, noting the technical support offered by Jordan to Palestinian ministries and institutions in many areas.

The Palestinian minister indicated his ministry’s interest in benefiting from Jordanian expertise in transportation and the use of smart apps and relevant legislation.

Photos of the Week: MLK Memorial, Voting Rights and a Cockapoo