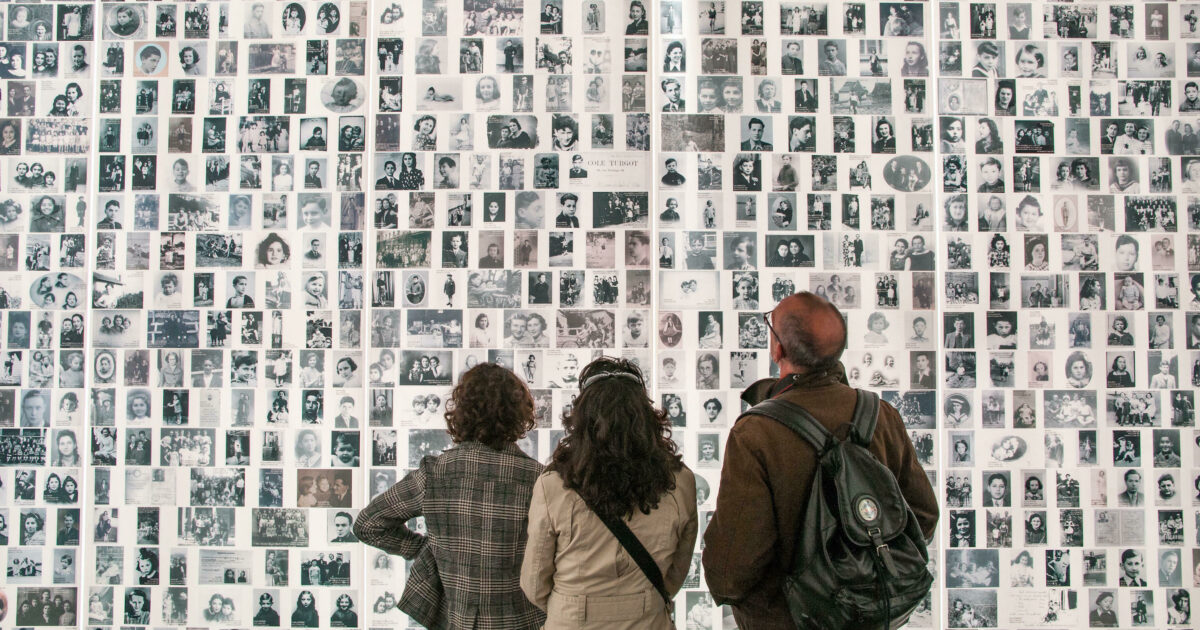 The heart of Baddiel’s complaint is that he discerned among British progressives that all racism are not considered equal – that some are indeed considered worse than others. He takes particular aim at the oversights of former Labor leader Jeremy Corbyn, who Baddiel says is so sensitive to anti-capitalist sentiments that he fails to see that they sometimes turn into anti-Semitism. Within the British left, Baddiel observes not only a growing indifference to verbal attacks on Jews, but also “the emergence of a particularly modern form of anti-Semitism, which is an association of anti-anti-Semitism with establishment values. Saying “it’s anti-Semitic” for some places you firmly in the camp of the oppressor.

Is that the case ? It’s not progressiveness that I recognize, but rather a caricature of the left’s worst arguments – an argument that relies on Twitter anecdotes while ignoring more substantial forms of evidence. Baddiel points to Corbyn’s alleged flirtation with anti-Semitism, for example, without acknowledging that accusations of anti-Semitism were used to justify his near-expulsion from political life; an extensive purge of his supporters from the Labor ranks; and the party’s adoption of what more or less amounts to a ban on criticism of Israel or statements of solidarity with Palestine. Baddiel’s argument also ignores the real structural differences between anti-Semitism and the forms of racism which, in the UK as in the US, are fostered and perpetrated by the state. In the United States, where police officers are routinely filmed murdering black Americans, Jews are the main beneficiaries of a nonprofit security grant program – which is set to receive $360 million in funding. dollars next year – which pays, among other things, to station cops in synagogues; In the UK, the Home Office recently renewed its financial support for the Community Security Trust, allocating €14 million to protect British Jews in 2022. Any progressivism worth its salt staunchly opposes anti-Semitism while resisting its militarization in the name of what Baddiel “politics”: its instrumentalization to suppress left-wing voices and justify the engorgement of the security state.

Horn and Baddiel seem to be caught between imagining Jewishness as overloaded with cultural meaning and as virtually invisible. They each cling to viable representations, to ways of being that somehow recognize the complexity of identity in our age of assimilation. Finding none, they revert to slapstick, the reliable syntax of Jewish jokes. (In response to the 2017 Unite the Right rally in Charlottesville — at which white supremacists chanted “Jews won’t replace us!” while holding tiki torches — Baddiel tweeted a photo of the marchers with the caption: “Good obviously not. lamps, the shirt, the silly, serious expression: we couldn’t do any of that.” The tweet is reprinted in the book. Jewishness implies. According to modernist scholar Marilyn Reizbaum, the jokes – y including sly uses of sarcasm and irony – are passionate utterances par excellence, because they leave so much unsaid, conveying what Cavell calls inarticulate “traces of rage.” In the mode of passionate exchange, there is no final word, no accept or no, until a line is drawn . . . may in turn be revoked,” Cavell writes. There can be no end to these debates, nor to the words they unleash. No end to the sorrow, there is no way of encircling and smothering it, as these two authors seem to wish.

Instead of interrupting the speeches that bother them, Horn and Baddiel inflamed them with headlines that became hashtags swirling around Twitter (for Baddiel, the original crime scene). A user posts a photo of a form that asks for ethnicity, with the caption: “@Baddiel – classic #jewsdontcount here – every ethnicity under the sun, but not Jewish.” Others use Baddiel’s rallying cry to draw attention to a series of attacks on Jewish residents of London, or to argue that the mainstream media has overlooked the Jewish character of Highland Park, Illinois. while covering the mass shooting during the 4th of July parade in the city. Horn’s hashtag is used to denigrate historical efforts that do not satisfy the tastes of their audience: a Story magazine issue titled “Anne Frank: Her Inspiring Life”; an effort to restore Egyptian synagogues; tweet by new Labor Party leader Keir Starmer about his visit to the Holocaust memorial in Berlin.

Baddiel’s and Horn’s lamentations over the rejection of anti-Semitism in the Diaspora lend themselves easily to Zionist arguments, which present the Jewish state as the only possible guarantee of Jewish survival. As one poster points out: “#peoplelovedeadjews #mizrahim lives because of #israel”. In response to the US State Department’s report that the origins of the bullet that killed Palestinian American journalist Shireen Abu Akleh could not be determined, one person on Twitter suggested that Israel deserved an apology for the accusations of his murder, but that “No one will apologize because #JewsDontCount. (Reported by multiple news outlets, including the AP, CNN, The New York Timesand The Washington Post, concluded that Abu Akleh was killed by the Israeli army.) Baddiel would probably disavow this use of his own words: He professes that he doesn’t care about Israel “more than any other country, and to suppose that I doing it is racist. “But the utterance now has a life of its own and no longer belongs only to Baddiel.

How do we break out of these familiarly dizzying circles of sarcasm, grief and rage? In his final chapter, Horn begins to find his way out of the wormhole, cultivating a sense of calm by participating in Daf Yomi, a daily Talmudic study practice. She discovers a pattern for reckoning with the grief that drives her writing, learning that ancient sages and scholars studied God’s words “like mourners obsessed with the faintest memory of a loved one they have lost.” The lesson she draws from this experience is that “there are ways to rebuild a broken world, and they take humility and empathy, constant awareness. . . it requires training, vigilance, being on the lookout.

Its adherence to a textual tradition steeped in painful history, and the accompanying dedication to the unfinished business of finding a way to live with the past, offer a moving literary alternative to the defensive sarcasm that often characterizes the preceding pages. But the book ends too quickly, before Horn has had much time to dwell on that place of possibility, or to ponder what “being on your feet at all watches” now requires – what kinds of alertness and of empathy she would like to see practiced, and what forms of solidarity these practices could reveal. At least, this glimpse of vulnerability reminds us that, despite their declarative tone, Horn and Baddiel’s words are born of a feeling of confusion, of an embryonic malaise in the face of the legacy of a traumatic past as well as its consequences. contemporary manipulations and abuses. By expressing their indignation loud and clear, the two writers hoped perhaps to get out of this thicket of bad feelings and bad memories in writing. But neither of these rants turns into any proposal for moving forward; instead, they remain trapped in their own inside jokes, modeling how to get stuck in a performance of pain.