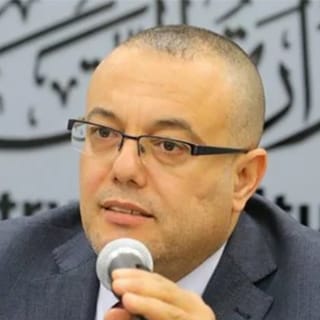 July 24, 2022 marked the 100th anniversary of the issuance by the League of Nations of the Mandate for Palestine, which authorized Britain to administer Palestine and Transjordan. On the occasion of this anniversary, the Palestinian Minister of Culture ‘Atef Abu Saif published in the daily Al-Ayyam an article very critical of Great Britain, declaring that in addition to the Zionist movement, it is the element that has committed the most serious crimes against the Palestinian people. Britain, Abu Saif said, deliberately conquered Palestine in order to hand it over to the Jews so they could “murder and expel” its Palestinian inhabitants, and today it continues its crimes by refusing to recognize the state. Palestinian people and denying the rights of Palestinian people. Abu Saif called for activating the pro-Palestinian lobby in Britain to pressure his government to recognize Palestinian statehood and take action to end the occupation. He also called for demanding a formal and public apology from Britain for its crimes against the Palestinians, and prosecuting it for those crimes in an international tribunal.

The following is translated except for his article: [1]

“With the exception of the Zionist movement and its gangs, which became a state, it can perhaps be said that no country or force has committed more serious crimes against our [Palestinian] people that Britain has. Moreover, one of the main errors [we] fact in the Palestinian national struggle was that we did not bring Britain to justice for its crimes against our people. Yes, it was the Zionist movement that murdered and expelled our people, but it did so thanks to the historically unprecedented help it received: Britain grabbed our nation by the throat, the forced her into the Zionist slaughterhouse, placed her head on the butcher’s block and handed a knife to the butcher. What an evil act that was. Just as we must continue our fight to win freedom and reclaim our land and our rights, we must fight to bring Britain to justice for this heinous act.

“[But] perhaps the most painful fact is that Britain was and still is the country most radically opposed to the rights of our people. Britain’s insolence has crossed all boundaries. This is the country that issued the reprehensible promise [i.e., the Balfour Declaration] to kill us and kill the [Palestinian] state and deliver us in chains to the Zionists. [It is the country] who occupied the land for this purpose, issued the notorious document known as the Mandate [for Palestine]then reinforced foreign settlers [i.e., the Zionists], armed them, trained them and withdrew when they were ready to massacre us and expel us from our land. Nowadays, [Britain] refuses to recognize our political rights; in fact, he is not even willing to consider recognizing any of our political parties [rights]like our right to a state even on 21% of the territory, [although] he participated in the theft and destruction [this land] and killing its owners.

“I believe… that even if we had appointed the tyrants of the world as judges in the worst court in history, that court would not have accepted any excuse that Britain could present for its heinous crime, a crime whose repercussions are felt [to this day] by the descendants of the descendants of those who are unarmed [Palestinians] who were massacred and expelled based on a British decision carried out by the Zionists. Perhaps no judiciary known to man could tolerate the evil perpetrated by Great Britain against us, an evil which grows daily because this country, which has destroyed our land, persists in its refusal obstinate in recognizing the Palestinian state and our political rights. This growing crime is already more than a century old, yet Britain and its leaders continue to perpetrate it with unspeakable injustice.

“No reasonable person can believe this insolence, this stubbornness and this denial of the rights of others. Does this indicate that Britain is not sorry for its act, and that this plan was in fact concocted in the middle of the night and implemented or condemned[?] Yes. Everything that has been done – the Sykes Picot [Agreement]the Balfour declaration, the mandate for Palestine and the partition plan, as well as support for Israel in all international forums and [the efforts to] cock it – none of this was incidental or accidental. It was planned and [then] deliberately committed and [even] with joy.

“Yesterday [July 24, 2022] was the 100th anniversary of the issuance of the objectionable Mandate for Palestine by the League of Nations. It was an objectionable document that Britain acted to receive in order to gain legal authority to govern Palestine, to encourage Zionists to immigrate there, and then hand it over, prepared and ready, to the Zionist movement, after denying any element of life to its original inhabitants and handing over the government to the new oppressors.

“This [Mandate] was the fourth satanic move Britain took to rob us of our country. Yes, Britain is the one who stole our country, along with the Zionist movement. The first one [step] was the Sykes-Picot agreement, which divided the Arab region between Britain and France, and Britain did everything possible to receive Palestine, in order to implement this plan. The second step was Balfour’s reprehensible declaration, in which Britain took the liberty of giving the land to foreigners. The third was the occupation of the country by [the British] General Allenby, who did this in order to prepare the country for the Zionists. The fourth was to get international permission to prepare the country and then hand it over to foreign settlers, [the step] known as [the issuance of] the mandate [for Palestine]. And finally, of course, there was the partition resolution and the cession of the territory to foreigners.

“This is what happened. It cannot be glorified and no historian can downplay the gravity of what happened…Despite this, Britain continues to deny the rights of our people…C This is an unprecedented act of injustice.

“We can act on two levels. First, we can continue to press with the help of Palestinian allies within Britain, and there are many of them, to maintain [pressuring] the British government and parliament to recognize the Palestinian state and use its capabilities to end this occupation. Yes, [Britain] should direct all his abilities towards [aiding] the struggle of the Palestinian people for freedom, because it played a significant role in the loss of that freedom. Alternatively, we can do one of two things: [get] Britain formally apologizes to the Palestinian people and acknowledges that everything it did was a violation of our people’s rights and all norms, or else seek to bring Britain to justice in court international. In the latter case, we must not content ourselves with condemnations but demand compensation for all that has happened to our people because of [Britain’s] politics, including the destruction of our family homes by British forces during the suppression of the 1936 revolution [the Arab Revolt], and other disasters which may be enumerated. It is an important task [for us]but it must be undertaken, instead of all the talk and rhetoric.

“Some people participated in the slaughter of our people and in the face of this brazen denial of our rights, we must resort to legal action, because someone must stand up with their heads bowed and apologize for all the suffering caused to our people. Our people, who have suffered discrimination from the international community, at least deserve this apology…”