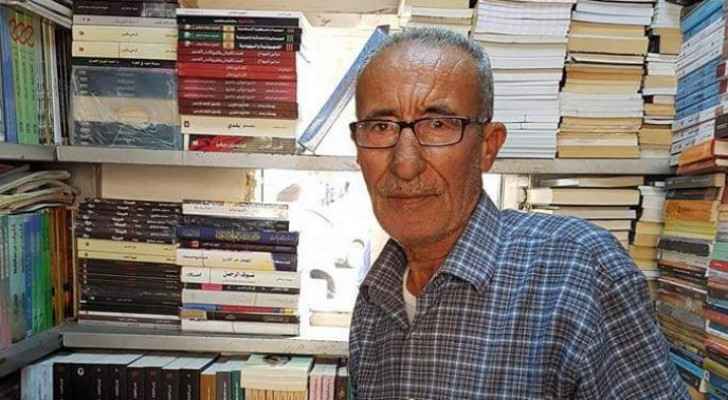 The late Abu Ali is considered a famous cultural figure. It was born in 1944, and one of the most important landmarks in downtown Amman, its kiosk a forum for political and cultural elites, and a beacon for awareness and culture.

On more than one occasion, Abu Ali has been honored by His Majesty King Abdullah II, in recognition of his role in serving the cultural movement in the capital, Amman.

His Majesty King Abdullah II also awarded Abu Ali the Independent Order of the Fourth Degree and a Silver Medal of the Second Degree.

Additionally, Roya had hosted the late Abu Ali in the Hilwa Ya Donya program to talk about his early life, selling books in the Arabic culture kiosk.

Notably, Abu Ali was the most famous and oldest bookseller in the capital; He worked in central Amman, specifically on Faisal Street, from 1951 as an itinerant newspaper vendor until he opened his kiosk in 1978, until the kiosk became a true cultural beacon. and one of the most important landmarks in the city center, where VIPs are eager to visit the bandstand. Elite politicians, intellectuals and media professionals always visit the kiosk as they also have historic friendships with Abu Ali.