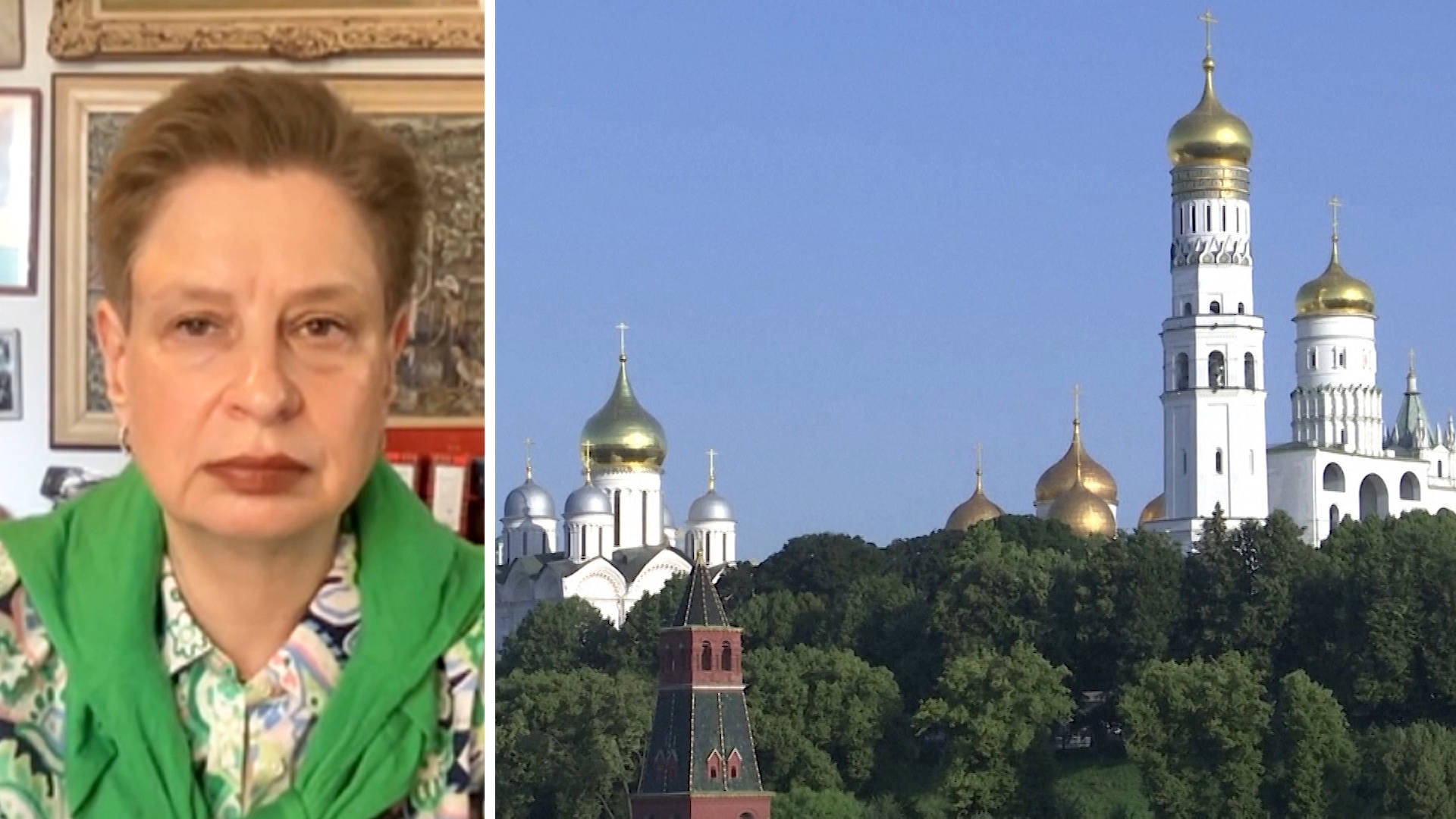 This is an urgent transcription. The copy may not be in its final form.

FRIEND GOOD MAN: As we continue to watch the war in Ukraine, we are joined by Nina Khrushchev, professor of international affairs at the new school, great-granddaughter of former Soviet Prime Minister Nikita Khrushchev, who recently wrote an article for Project union titled “Don’t Cancel Russian Culture”. Explain, Professor Khrushcheva.

Well, it kind of goes I think with a theme of this program is that Russia outside Russia and Russia inside Russia – I think we talked about that in this program even earlier, than if there is an indiscriminate attack on the Russians, if there is a demand for collective responsibility, if there is a cancellation of concerts or — now it seems to be getting better , but removing books by Tolstoy or other Russian writers from the shelves — the Ukrainian authorities are now canceling all Russian culture books, including their own Ukrainian-born Nikolai Gogol, who was a great Russian writer of Ukrainian origin and quite – and, in fact, was quite critical, or very critical, of the Russian imperial system and corruption, etc. be useful to read, in fact, for Ukrainians.

And so when there’s all this cultural, humanitarian and nullification assault of athletes and sportsmen and others on Russia, it actually legitimizes Putin’s regime, because he feels and seems like what he does, saying, “I’m trying to protect us from others who want to cancel us,” in fact, that gives him validity. And therefore my argument is not to cancel Russian culture, because it is playing Putin’s game and punishing Russians collectively, and they will be the victims of it, and then they will also blame the West more than they do blame the oppressive regime that is over there in Russia — or here in Russia, because I am in Moscow right now.

NERMEAN sheikh: And, Nina, what about the fact that there have been several reports that Russia itself is canceling Russian culture? In other words, there are theater managers in Moscow, several theater managers, who have been fired, other artists and musicians who have been forced to flee the country, unable to perform. What do you hear about it?

Nina KHRUSHSHEVA: Absolutely, and I think it goes hand in hand. So when the Russians are canceled by the Russians – your previous guest was talking about this – it’s just that whatever the appearance of opposition is – it’s not even opposition that all these theater managers who are now licensed. In fact, many theater directors who created the theaters from which they are fired, that is – even during the great moments of the Cold War after Stalin, not during Stalin, but during Khrushchev, for example, even opposition theater was allowed to exist. I mean, they were critical. They were examined by Khrushchev himself. But they allowed them to continue doing their job.

And so, now everything is gone. So for the Russians who stayed, it is problematic, because they are heavily oppressed by the state, by the KGB State, which is now in full bloom, basically, the repressive machine, that is – probably even pairs with being compared to – could be compared to Soviet times, and also canceled elsewhere, which, either by the way, was not the case during the Cold War. Second, Russian culture was welcome, as it was understood that it could be used as a tool against the Soviet regime.

So absolutely. And it’s – you know, one of the cynicisms and kind of this horrible doublespeak of the Kremlin authorities is that, for example, the Jewish repatriation agency, Sokhnut, is now having difficulties and problems because they spoke out against the war in Ukraine. And now they are liquidated, or called to be liquidated, in Russia. And yet, one of the reasons is that they are supposedly responsible for the brain drain. So Russia is kicking out, kicking out all the best, brightest and greatest thinkers, and at the same time blaming others for these kinds of repressions. So it’s a double whammy. It’s, you know, between a rock and a hard place that the Russians find themselves in now.

FRIEND GOOD MAN: And, Nina Khrushcheva, you are in an unusual position. You are often in New York, because you teach at the New School, but you are in Moscow now. And, of course, you are Russian and the great-granddaughter and adopted granddaughter of Nikita Khrushchev. What surprised you most that we didn’t get here, that you understood, while you were spending time in Moscow, people’s attitudes, including that last staggering figure from the United States saying that 75 000 Russians died in Ukraine?

Nina KHRUSHSHEVA: Well, I’m not often in New York; I am often in Moscow. Actually, I live in New York. So it is important. And unlike others, I actually decided to go the other way. I will come to Russia and indeed see what is happening, because we read a lot about how people are scared. And, you know, as Sergey Lavrov, the Russian foreign minister, said, well, we’ll see if we’re going to, you know, now reach out to the West, because there are all these other options . And you’ve talked about it with previous guests, his trip to Africa and elsewhere. So I wanted to see.

And what I found really remarkable is that this pivot to not the West, or what Russia is pivoting to, is really the idea of ​​the Kremlin, but it is not the idea of ​​the Russians . And I didn’t see any pivot, because I walked around looking for a Sino cafe or a Sino restaurant or something, China something, something, and it continues to be all these formulas Western films that are part of Russian history, in museums and everywhere. So it’s a very strange reality that Russia is withdrawing from its European history, and at the same time it is part of European history.

The bizarre experience, which I expected to see, but not to the extent that I actually saw, is this. The war continues. People cite war as the main reason for their depression and their – over 50% are depressed, and, you know, all those troops are dying. At the same time, there is a certain idea of ​​– they try to keep the idea of ​​a semblance of normality, the semblance of normality, so they go to restaurants. But the atmosphere is one of such desperation. I never, ever in my life – and I grew up in the Soviet Union – never felt that there was just a dark cloud falling over Russia. And all these great patriotic stories that come out on Russian TV, sort of happy and wonderful stories and “We’re just going to defeat all enemies” – I lived in a world of double talk. I live in this kind of Orwellian 1984. But I’ve never lived – I feel like I’m in some dystopian fiction myself, and I pinch myself every day, thinking I have to wake up because it can’t be real.

FRIEND GOOD MAN: Nina Khrushcheva, we want to thank you for being with us, professor of international affairs at the new school, great-granddaughter of former Soviet Prime Minister Nikita Khrushchev. We will link to your article in Project union“Don’t cancel Russian culture.”

And also, a clarification: the United States estimates that more than 75,000 Russian soldiers were killed or wounded in Ukraine.

Then we go to Afghanistan to see the devastating economic and humanitarian crisis there. Stay with us.