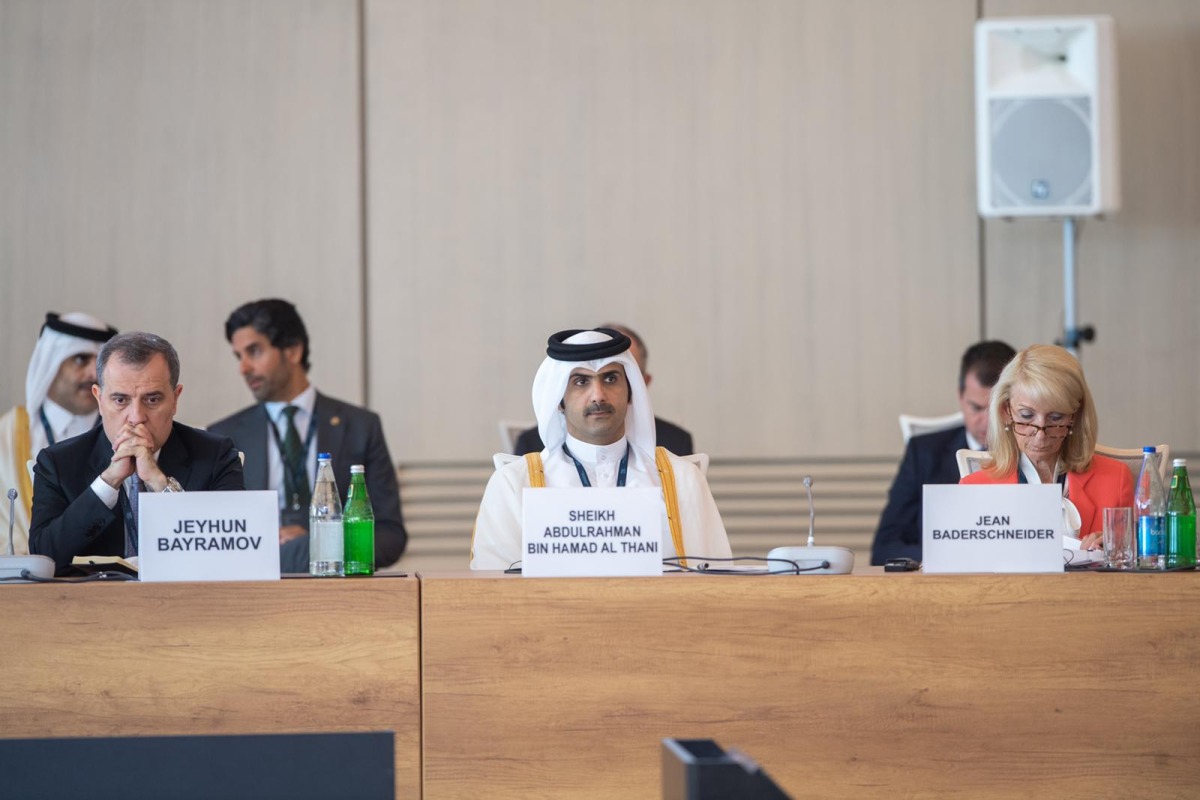 Culture Minister HE Sheikh Abdulrahman bin Hamad Al Thani during the 9th edition of the Baku World Forum, which was inaugurated by the President of the Republic of Azerbaijan HE Ilham Aliyev.

Baku: Minister of Culture, HE Sheikh Abdulrahman bin Hamad Al Thani participated in the 9th edition of the Baku World Forum, which was inaugurated by the President of the Republic of Azerbaijan, HE Ilham Aliyev.

The forum, which is held under the slogan “Challenges of the Global World Order”, will discuss the most important international issues at the moment, in particular the coronavirus pandemic and its repercussions, the Russian-Ukrainian war, energy , food supply, market turbulence, climate change and ways to find solutions to these problems.

A number of current and former Heads of State, Government, Parliament and Ministers, including the Presidents of Bosnia, Albania and Georgia, the Prime Ministers of Bulgaria and Palestine, the Secretary General of the Organization World Health Organization Tedros Adhanom, the Director of the United Nations Office at Geneva and other international personalities will participate in the forum sessions this year.

The Minister of Culture arrived in Baku yesterday to attend the forum.