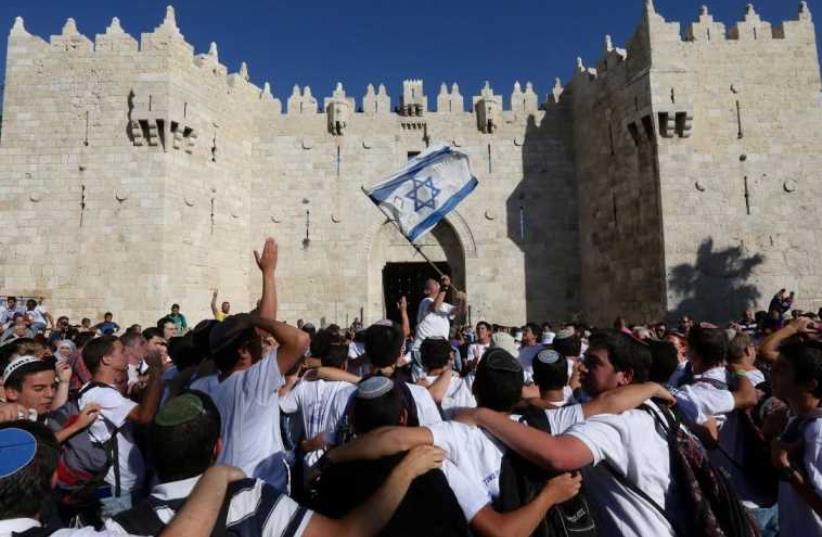 Lies, damn lies and demographics: are the Jews a minority between the river and

New official statistics from the Palestinian Authority (PA) suggest that Jews are a shrinking minority between the Mediterranean Sea and the Jordan River, but Israeli statisticians strongly disagree.

According to their calculations, taking into account the Israeli Arab population, which the Israel Central Bureau of Statistics (ICBS) estimated at around 1.77 million in May 2016, the total number of Arabs in Israel and the Palestinian territories reached 6, 58 million.

According to the ICBS, the Jewish population stands at 6.34 million, and despite falling birth rates among Arabs in the West Bank, Gaza and Israel, statistics also seem to suggest that the overall gap is only to widen.

The demographics issue acts as a motivating factor for supporters of various political solutions to the conflict. While many on both sides cite demographic trends as the rationale for a two-state solution, others ease the divisions differently. These include some right-wing Israelis, who support partial annexation of predominantly Jewish areas in the West Bank, but no full independence for Palestinians who remain outside. Still others are calling for a federalized European state for both peoples.

A minority opinion, however, has long demanded a state, between river and sea, for Jews and Arabs alike. In Israel, this view can be found among the unlikely agreement of some far-right Jews, who often preach for “inducements” for Arab emigrants, and post-Zionists.

With the new statistics, it would appear that a democratic “one state” would have a minority of Jews. Although the IDF agrees with the statistics of the Palestinian population, at least when it comes to the West Bank, an Israeli statistician and his group of researchers strongly disagree.

Retired Ambassador Yoram Ettinger, who has followed Palestinian demographics since 1997, said Jerusalem post that in fact the Palestinian Authority is using a number of statistical tricks to inflate the figure to around 1.5 million in the West Bank and Gaza, and that the Palestinian birth rate is significantly lower than reported.

“Statistics released by the Palestinian Authority since their first census in 1997 have repeatedly and consistently included huge populations that are not meant to be included,” Ettinger said.

Palestinians double the number of citizens who live in East Jerusalem or move to Israel to join their families, ignore the hundreds of thousands of citizens who have left the West Bank and Gaza, and grossly overestimate the rate, according to his team’s research. birth rates “of 20,000 to 60,000 per year in the West Bank alone,” Ettinger said.

Reacting to the report, Yehuda Glick (Likud), who supports a one-state solution, told the To post: â€œThe Palestinian Authority is unable to convince even its own population in its incitement against Israel, so now it is recruiting the imagination of the world to try to create a virtual reality.

Coming from a different perspective, US-Palestinian businessman and political commentator Sam Bahour, who wrote that he does not currently support a one-state solution, or that he does not use it as a threat to gain influence over Israel, told the Post that both sides must see beyond demographics entirely.

“I am not calculating the future of the region in terms of demographics, as that would lead to an endless game of ethnic cleansing. Regardless of the number of Jews, or others, equality and rights must guide the policies of the people. both sides of the Green Line if we seriously consider a future for our children that is worth living, â€he said.

Lahav Harkov contributed to this report.

Texas Legislature Demographics: Most Lawmakers Are White and Male