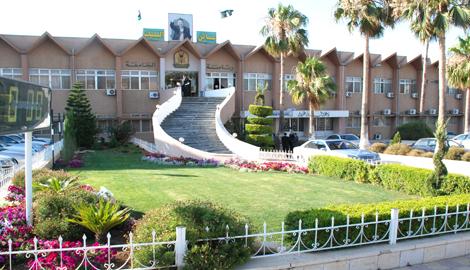 Ammon News – Reflected Archeology in the Ecosphere and Sociosphere, the 15th International Conference on Jordan’s History and Archeology, kicks off tomorrow at the campus of Yarmouk University (YU) and runs until August 5 , with participants from all over the world.

The conference, organized by the YU and the Department of Antiquities, will cover 13 scientific topics that cover aspects related to archaeological research, applied sciences, reports of archaeological excavations and surveys, and the prehistoric and ancient periods of Alexander. the Great until the Islamic conquest, said a joint statement released Monday by YU and the department.

A total of 294 people will attend the conference; 120 of them are from Jordan, 8 from Arab countries (Egypt, Iraq, Palestine, Lebanon, Syria and United Arab Emirates) and 166 people from other countries, including Belgium, Brazil, Canada, Denmark, Finland, France, Germany, Greece, Hungary, Japan, Netherlands, Spain, Turkey, United Kingdom and United States.

This global gathering, organized for the first time in the 1980s in Oxford in the United Kingdom, on the initiative of HRH Prince Al Hassan bin Talal, is considered a major international event allowing researchers to present a synthesis of their production scientist on the history of Jordan and the Levant. and archeology.