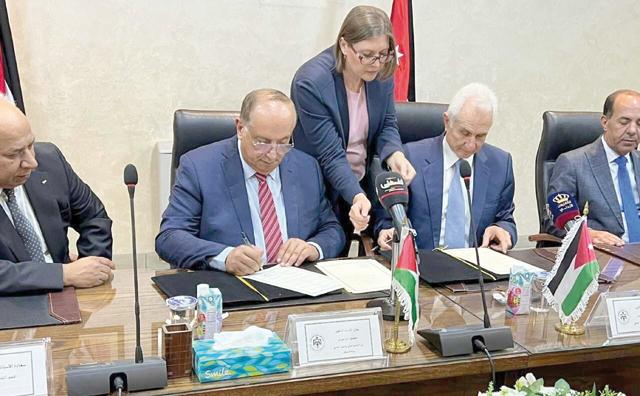 Ammon News – Minister of Higher Education and Scientific Research Wajih Oweis and his Palestinian counterpart Mahmoud Abu Mouis on Monday signed the 2022-2025 executive program for cooperation between Jordan and Palestine in the field of higher education and research. scientific.

The two ministers affirmed the “solid” relations between Jordanians and Palestinians, calling for strengthening this cooperation and extending it to other areas.

Under the directives of His Majesty King Abdullah and Palestinian President Mahmoud Abbas, the program strengthens the ties between the two countries in the field of higher education and scientific research, implementing the cultural cooperation agreement previously signed by both countries.

According to the program, Jordan will allocate 350 places per year to Palestinians in official Jordanian universities to obtain a first university degree, according to the applicable admission rules.

Jordan will also provide 30 to 40 places per year for graduate studies in various disciplines, as well as four annual places for advanced specializations in medicine.

Palestinian students obtaining these seats will be considered the same as Jordanians in terms of university fees.

Similarly, the Palestinian cohort will allocate 100 places to Jordanians in Palestinian government universities.

The Israeli bet on audiovisual culture as soft power