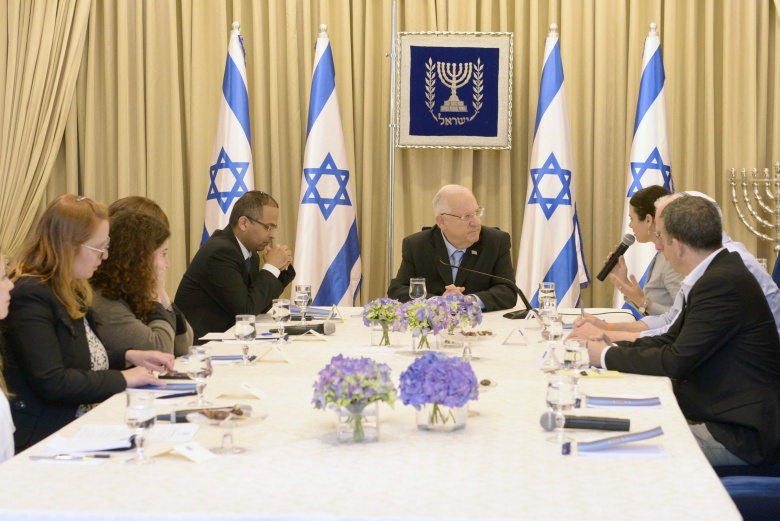 “Ten years pass in the blink of an eye” Israeli Prime Minister Benjamin Netanyahu said recently, in its sustained offensive against the Iran nuclear deal. The implication of the statement is that the agreement reached in Vienna offers Iran two options in its quest for a nuclear weapon: either cheat for the duration of the agreement or, conversely, maintain the agreement for the full duration – a decade, maybe more or less, depending on how one interprets it – and only then to move into a weapons capability. The deal does not go far enough, Netanyahu wants the world to know, both in its constraints and its duration. As Netanyahu initially stated in his speech to Congress last March, “a decade may seem like a long time in political life, but it’s a blink of an eye in the life of a nation. It’s a wink in the lives of our children. Without dwelling on the merits of the Iran nuclear deal itself, it’s worth wondering what kind of place Israel will be ten to fifteen years from now, when the proverbial sun begins to set on the Iran’s nuclear deal (a matter made more immediate after the deadly bombings late last week at a Gay Pride parade in Jerusalem and a Palestinian village in the West Bank).

At the beginning of June, at the prestigious Israeli festival Herzlia Conference, President Reuven Rivlin used his speech to attempt to answer the above question. Renouncing any discussion of Iran, as well as mention of the external As a Palestinian (or indeed, the word “Palestinian”) demographic threat to Israel’s future as both a Jewish and democratic state, Rivlin chose instead to highlight Israel’s evolution. internal demography in a landmark speech titled:The New Israeli Order.”

As recently as the 1990s, Rivlin observed, Israeli society was built on a clear and solid dominant Zionist majority, with three small minorities alongside it: Arabs (i.e. Palestinian citizens of Israel proper), the ultra-Orthodox (Haredis) and religious nationalists (i.e. settlers). Now, Rivlin explained using pie charts projected onto a giant screen, “demographic processes that restructure or reshape the shape of Israeli society have, in effect, created a ‘new Israeli order’…in which it there is no longer a clear majority, nor clear minority groups.In 1990, 52% of primary school children in Israel belonged to the public school system – what is called “mamlachti” education, a Hebrew term that combines a sense of dominant Zionism and the primacy of the state.With their separate school systems, Arabs made up 23% of primary school children, Haredis 9%, and religious nationalists 16%.

Using projections for 2018, Rivlin said, the proportion of first-graders in the mamlachti public school system will drop to just 38 percent. Haredis will increase their numbers at 28%, Arabs at 25%, and religious nationalists will hold almost steady at 15% (an odd stat likely related to the fact that this growing segment of the population often chooses to send their children to the system public schools or ultra-Orthodox institutions).

“Israel’s new order is not a doomsday prophecy,” Rivlin said. “It is reality.”

How could Israel continue to be a developed economy, Rivlin asked, with half of the future workforce – Arabs and Haredis – severely underrepresented? The current situation just wasn’t sustainable, Rivlin warned: “The math is simple; any child can see it. In the past, Rivlin said, the Israel Defense Forces (IDF) was the “main tool for manufacturing Israelhood,” where disparate segments of the population came together and got to know each other. And yet, in the “new Israeli order”, nearly half the population would not serve in the military since Arabs and Haredis rarely identify as Zionists.

Politicians publishing a heart cry against a dwindling share of the Israeli population working, paying taxes and serving in the military – thus supporting (and defending) the rest – did not start with Rivlin’s speech. Yair Lapid, the former finance minister, built his budding political career in recent years on such a platform.

“You are all parents,” I heard him say to high school students in Tel Aviv during the election campaign in early 2013. “Each of you has a child in [the ultra-Orthodox city of] Bnei Brak that you support. This situation, Lapid said, speaking on behalf of much of secular mainstream Israel, was not only unjust, but economically and socially untenable. “I fear for my own children,” he said then. “I’m afraid that they consider Miami or New York or London or Amsterdam” as realistic emigration destinations.

The difference between Rivlin’s speech and Lapid’s speech is the difference between Israel’s last two general elections. In 2013, Lapid entered government and successfully pushed through major legislation reducing government subsidies to Haredis, in addition to new laws eliminating the traditional ultra-Orthodox exemption from military service. In the last elections last March, the ultra-Orthodox parties were returned to power by Prime Minister Netanyahu (he needed them for his new government coalition). Their price? A reinstatement of these same subsidies and an easing of penalties for Haredi draft dodgers. Serious change will apparently have to wait. The question is whether Israel can afford it, given the changing demographic realities described above.

The dirty secret of the last election is that the wider Israeli right won convincingly – but they could have done better. Right-wing parties, including the ultra-Orthodox and the more centrist party of new Finance Minister Moshe Kahlon, won 67 of the Knesset’s 120 seats. That compares to the Israeli left’s 53 seats, down from a nearly even right-left split in 2013 (61-59).

And yet, during the last elections, a party of the extreme right, the extremist yachadwas only five thousand votes away from crossing the electoral threshold in Knesset and get some extra seats. Reports said a rebel Jerusalem rabbi ordered his supporters to boycott the vote, which likely cost the ultra-Orthodox parties a seat or two. The Israeli left had an unpopular incumbent prime minister to run against, increased turnout (particularly in the Arab community) and a very supportive media climate clamoring for Netanyahu’s head – and still could muster no more than 53 votes in the election. total.

The political demographics inside Israel must therefore be examined for explanation. Like Rivlin put it in his speech, the “ownership structure” of Israeli society and the State of Israel is changing before our eyes. While Rivlin emphasized economic, social and cultural challenges — and called for a new philosophy of “partnership” among Israel’s four minority “tribes” — the real challenge may well be political.

The question is now open whether the Israeli political system can still create outcomes and coalitions capable of tackling and resolving the many existential challenges facing the country. Rivlin, as mentioned, chose to ignore the millions of Palestinians still living under Israeli control in the West Bank, as well as the Iranian nuclear issue, focusing only on Israel’s internal demographics. However, the program he presented should serve as a wake-up call. “Anyone who is not ready to ask these questions today,” he said“is no longer Zionist or nationalist, but rather ignores the most important challenge facing the Zionist project today”.

The new Israeli government, dominated as it is by ultra-Orthodox and pro-settler elements, does not offer much hope for real structural change. But based on Israel’s demographic trends, the future might not be brighter.

In just over a decade, when Netanyahu thinks Iran might be rushing a bomb, all of those Israeli elementary school children will be budding adults — and voters. Will a system already be in place to integrate Haredis and Arabs into the Israeli army, workforce and society? And if not, will parts of the secular middle class – the natural constituency of a more pluralistic political system (and peace process) – have, as Lapid warned, started to decamp for a New York, an Amsterdam or a London? And what about the settler population in the West Bank, which was 120,000 in 1993 but has now risen to 350,000 (not including East Jerusalem), with a growth rate double the average national Jewish-Israeli?

Finally, and perhaps most alarmingly, in the absence of a credible political horizon for a two-state solution, how will Palestinian society – 40% of which are currently under the age of fourteen – respond to a status quo? what in the dead end?

In other words, demographics on the inside Israeli and Palestinian societies, and not Between they are likely to prove decisive, regardless of what Iran decides to do. A few years ago, while reporting in the West Bank settlement of Beit El, I strolled the streets with my host, a charming local official. “You see all the children,” he said smiling, in response to a question I hadn’t asked. “It’s demographics. We win, with our dicks. He was definitely not referring to the Palestinians, nor to the distant Iranians. He had his eyes on his own country and what the future inexorably brings with it, in the blink of an eye.