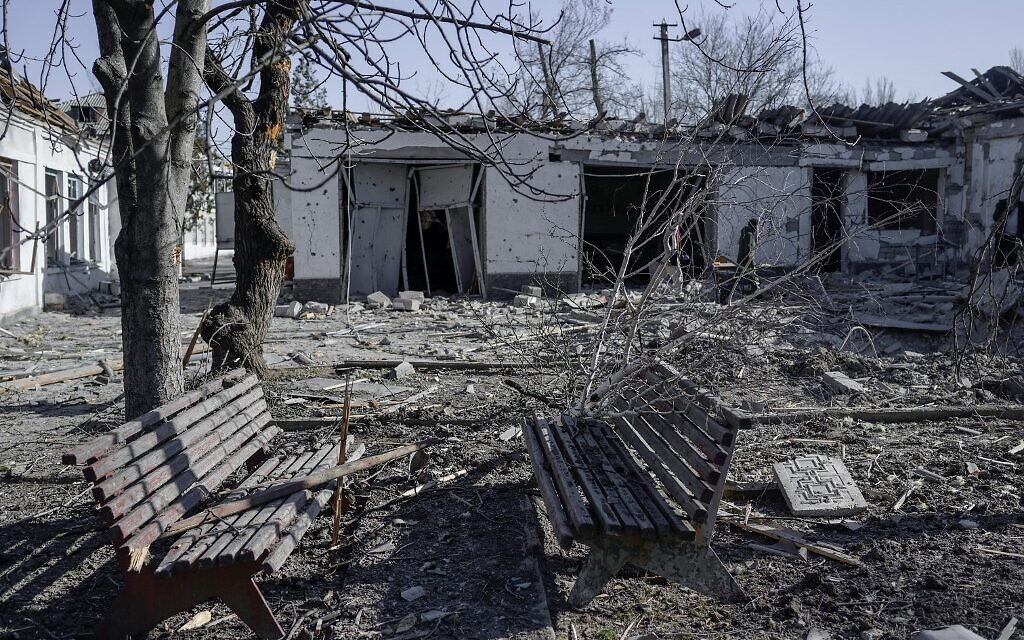 In an English-language plea, Zelensky calls for worldwide protests against Russia

“With the eyes of the international community wide open, Israel imposed on Palestine a reality of apartheid in a post-apartheid world,” writes Lynk, whose full title is “Special Rapporteur on the situation of human rights in the Palestinian territories occupied since 1967″. .”

Lynk is expected to officially release his report on Thursday ahead of the debate on Agenda Item 7, the HRC’s standing item reserved for Israeli human rights violations against Palestinians and other Arabs.

“The regime political system rooted in the Occupied Palestinian Territory which bestows upon one racial, national and ethnic group substantial rights, benefits and privileges while intentionally subjecting another group to living behind walls, checkpoints and under a permanent military regime… satisfies the prevailing evidence. standard for the existence of apartheid,” writes Lynk.

Issuing thousands of work permits to Palestinian workers in the West Bank and Gaza to work in Israel amounts to “the labor exploitation of a racial group”, according to the report.

The report, whose main body does not mention Hamas or Islamic Jihad terror groups, says Israel “must cooperate in good faith with the Palestinian leadership to end the occupation completely and achieve a genuine two-state solution. “.

Israel and Jewish organizations accuse Lynk of being hostile to Israel and the report is baseless.

“The author of this report is well known for his blatant and disturbing anti-Israeli views,” Israel’s mission to the UN in Geneva wrote in a statement. “This report is no different.”

The statement added that no report on Israel can be taken seriously “unless the challenges and security threats that all Israelis face on a daily basis – including the 20% non-Jewish minority – are not addressed.”

“This report recycles baseless and outrageous defamation previously published by NGOs that share the same goal as the author of this report: to delegitimize and criminalize the State of Israel for what it is: the nation-state of Jewish people, with equal rights for all its citizens, regardless of religion, race or gender,” said Meirav Eilon Shahar, Israel’s envoy to the United Nations and international organizations in Geneva.