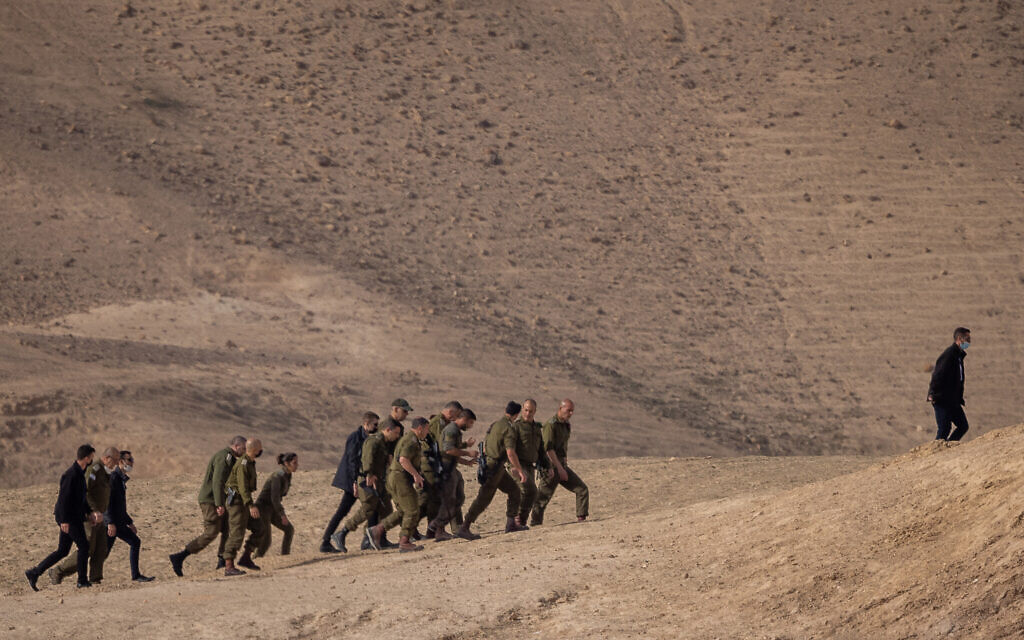 A number of junior officers are also being discharged and banned for two years over the incident, which occurred as members of the unit conducted an impromptu search for night vision equipment that had been stolen. the day before, according to the army.

The commander of the Egoz unit offered his resignation, but IDF Chief of Staff Aviv Kohavi refused to accept it, instead ordering that he complete his term in the unit, but will be now barred from command positions for the next two years.

The names of the commander and deputy commander are prohibited from publication.

Major Ofek Aharon, 28, and Major Itamar Elharar, 26, were killed on January 12 when the patrol they were on came across an officer who mistook them for terrorists. The larger group and the lone officer tried to find the night vision goggles, but did not coordinate.

The inquest into their deaths found the unit had a ‘culture of not reporting and investigating [incidents]”, that the officers involved in the incident showed “no common sense” and embarked on their wild patrol without planning, but with their weapons loaded, with bullets in the chamber, in clear violation of the IDF protocol and IDF values, according to the head of the probe, Maj. Gen. (res.) Noam Tibon.

Undated photographs of Major Itamar Elharar, left, and Major Ofek Aharon, who were killed in friendly fire outside their base in the Jordan Valley on January 12, 2022. (Israel Defense Forces)

Tibon told reporters that serious disciplinary issues and a deeply flawed organizational culture were behind the friendly fire incident that left the two dead. He said the unit’s chain of command could and should have intervened.

He notes that a night before the deadly incident, a soldier who thought he saw suspicious figures in the distance also fired his weapon into the air without going through the necessary open fire protocol in another violation of military standards. It came after officers from the unit traveled to nearby Bedouin communities to search for stolen night vision equipment, questioning people and searching homes in clear violation of army protocol.

These two incidents were known to the heads of the Egoz unit, but no action was taken against those involved, which, according to Tibon, could have prevented the event from escalating.

Also speaking to reporters about the investigation, Maj. Gen. Yehuda Fuchs, the head of the IDF’s Central Command, which contains the Egoz unit, repeatedly described Aharon and Elharar, as well as the other officers involved, as “the best of our boys”. but admitted that by going on their respective patrols with loaded weapons and without coordination, they showed “no common sense”.