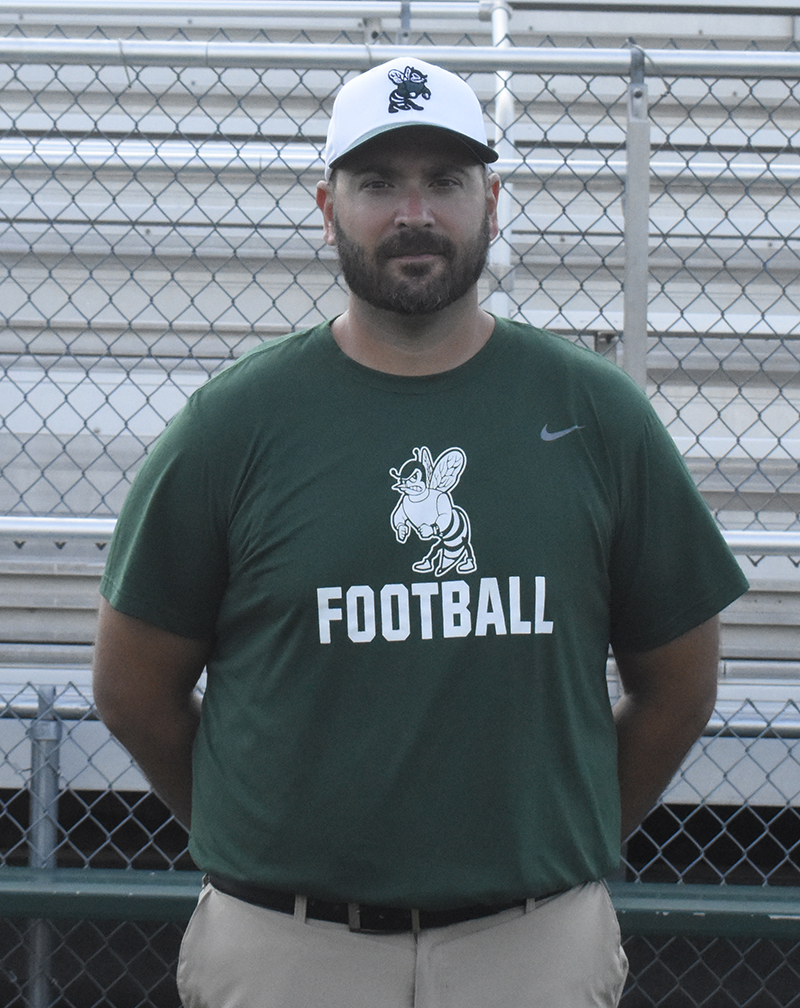 Malvern Football head coach Matt Chiurco will be leading a young side this year but he has plenty of returning experience.

“We have 11 guys who started at least one game last year. Our young lads want to carry on the Malvern tradition and create their own legacy,” Chiurco said. “Even though we are young, we really like the team we have. We have a lot of young talent and we know we will improve as this season goes on.”

Frank McClelland and KJ Wafler are back from senior letters. McClelland was named 2nd team DVII East District last year. At 6’5” and 280 lbs., he will anchor a very good offensive line. Wafler, will be key as a wide receiver (WR) and defensive back (DB).

Returning sophomore literati include Drake Hutchison, RB/LB with 58 yards. on the ground, one touchdown and 21 tackles; Rodney Smith, WR/DB; and Jared Witherow, quarterback/free safety, 30 tackles and one interception in 2021.

“We have a new quarterback in Jared Witherow. Jared is a very smart kid with a huge arm,” Chiurco said. “Even though he’s just a sophomore, I think he can have a very good year for us. We are really excited about its potential.

With nearly 30 players, the Hornets will be able to play a full JV season and Chiurco noted, “for our freshmen and sophomores, that’s huge.”

On offense, Phillips, Smith and Wafler will be wide receivers. “We’re really going to try to get the most out of Dylan. He is a very good athlete,” added Chiurco.

They also have quite a few players to carry the ball into the backfield; Hutchison, Phillips, Runyon, Motz and Jackson.

Even though the squad is young and inexperienced for the most part, Chiurco said they were a fun bunch to be around.

“They always come ready to work. We want to focus on improving every day as the season progresses,” he said. “We feel like we have a team that can win a lot of football games, but we have to develop and more importantly we have to stay healthy.”

As for the outlook for the season, Chiurco expects the Inter Valley Conference (IVC) North to be wide open.

“We expect to win and fight for another IVC championship. Even though we’re young, our guys still expect that,” Chiurco said. and now they think it’s their turn. It seemed like every team had a big senior class (last year). It’s going to be a fun year.

The Hornets open the road season Aug. 19 in East Palestine. Kick off is at 7 p.m.

Why the United States Should Join UNESCO — THE INTERNATIONAL AFFAIRS REVIEW

ON Culture | Six Degrees by Conner Coffin, Iration, Kevin A. Short and KULE