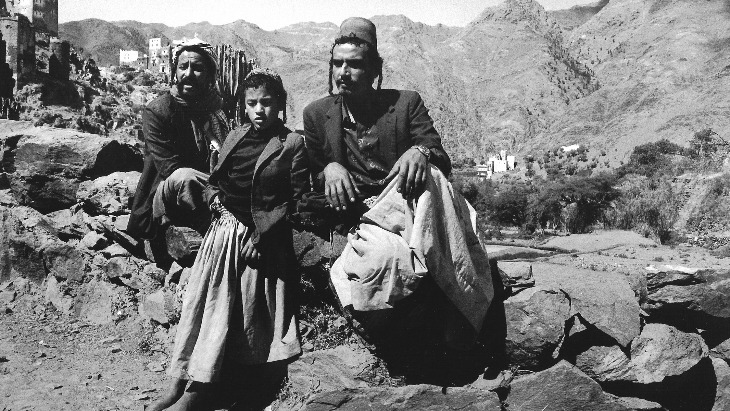 History of the Jews of Yemen

An ancient Jewish community that survived all odds and came home.

A Jew stays in Yemen

Only one Jewish person remains in Yemen, down from seven in February, according to a new United Nations report report on the treatment of religious minorities in conflict zones. (Gaby Deutsch, Jewish Insider March 14, 2022) At the start of the 20th century, Jews in Yemen numbered more than 50,000; today he remains a Jew. There are said to be a handful of “hidden Jews” in Yemen who have converted to Islam but secretly practice Judaism.

Yemeni Jews have a unique religious tradition that separates them from Ashkenazim, Sephardim and other Jewish groups. The roots of the Jews in Yemen—Teiman in Hebrew – dates back to biblical times. Yemen is mentioned in Jewish scriptures in various places. It is noted as the place of origin of Job’s friend, Eliphaz. Moreover, the famous queen of Sheba, mentioned in the Book of Kings where she visits King Solomon, is said to have heard of King Solomon from Jews in Yemen, which was located near the kingdom of Sheba.

Although the province is not mentioned in the Mishna or the Talmud, there is a supposed reference in the book of Josephus, “The Jewish War”. Josephus states that he had informed “the farthest Arabs” of the destruction, and the assumption is that he is referring to the Jews of Yemen.

How did they get there?

The immigration of the majority of Jews to Yemen seems to have taken place at the beginning of the 2nd century. In the ancient Jewish cemetery of Beth Shearim, there is an inscription in one of the rooms, describing those buried there as “the people of Himyar” (the Yemeni kingdom). The assumption is that their bodies were sent from Yemen to be buried in Israel, not that they died while visiting Israel, just as many people today ask to be buried in the Land of Israel. .

There are fascinating legends about the founding of the Jewish community in Yemen.

A local Yemenite Jewish tradition says that Jews came to the Arabian Peninsula during the time of King Solomon. Some say it was because King Solomon sent Jewish merchants to Yemen to look for gold and silver to use for the Temple in Jerusalem. Others say that Jewish craftsmen were sent to the region at the request of the Queen of Sheba, during the same period. 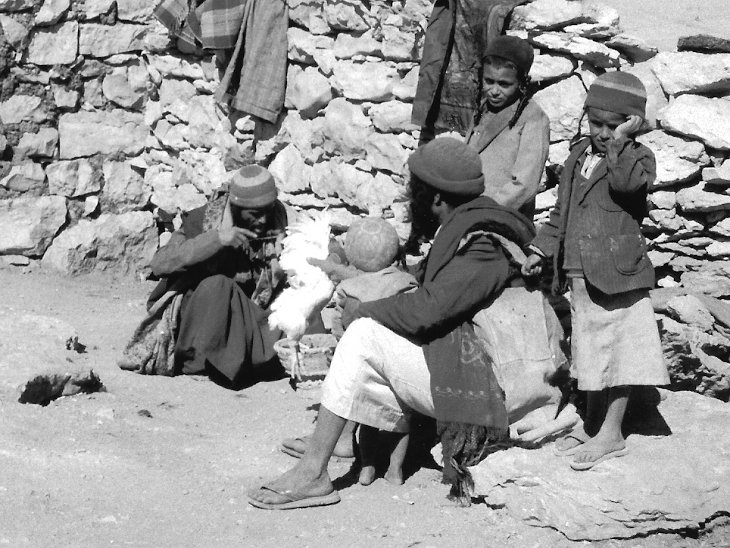 Another tradition, that of the Jews of Saana, states that their ancestors settled in Yemen 42 years before the destruction of the First Temple. It is also said that during the time of the prophet Jeremiah, about 75,000 Jews, including Cohanim and Levites, went to Yemen.

The tradition of the Jews of Habban (southern Yemen) is that they are descendants of the tribe of Judah who belonged to a brigade sent by Herod the Great to help the Roman legions fighting in the region. The tradition is that they arrived in the area before the destruction of the Second Temple and did not return to the Land of Israel.

The King of Himyar and the attempt to convert his kingdom

The Jews who lived in the Arabian Peninsula before the Roman period were mainly concentrated in two regions – Yemen and Hejaz (now northwestern Saudi Arabia).

There is a fascinating story regarding the King of Himyar and the Jews. Apparently, King Abu-Kariba Assad laid siege to Yathrib (present-day Medina) to avenge the death of his son who was killed by the townspeople. During the siege, the king fell seriously ill and two medically proficient Jews from Yathrib, Kaab and Assad entered the enemy camp and saved his life. After hearing the king, they begged him to lift the siege and make peace with the city. 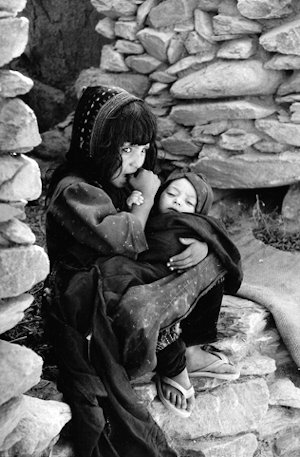 Not only did the king end the war, but he was also so impressed with the Jews that he embraced Judaism, along with his entire army. Returning home, he brought with him two Jews to educate the population and insisted that all his people convert to Judaism. Conversions, however, were not total, and there remained as many pagans as Jews in the country. There is also some debate as to whether he converted out of genuine conviction or political expediency. It is clear however that Judaism flourished in Himyar at this time, and many inscriptions with Jewish terms (“God of Israel”) are found dating from the 6th and 7th centuries.

Rise of Islam in Yemen and Persecution of Yemeni Jews

The size of Yemen’s Jewish population for the first five centuries CE remained stable at around 3,000. The Jews were scattered throughout the country but traded extensively with other places, and thus the Jews possessed many Jewish texts and knew their heritage, although there were few scholars at that time.

In 628 CE, some non-Jewish Yemeni rulers and tribes converted to Islam. Soon after, Mohammed sent his cousin Ali to Sanaa to create a strong central Islamic authority in Yemen.

During this period of Muslim rule, Jews were referred to as Ahl al-Kitab, protected People of the Book. They were granted freedom of religion on the condition that they pay Jizya, a poll tax. Active Muslim persecution of the Jews began in full force under the Shia-Zaydi clan (the sect currently followed by the Houthi anti-Semitic fanatics in Yemen), when they seized power from the more tolerant Sunni Muslims in the early 10th century.

Under Zaydi’s rule, which lasted nearly 1,000 years, Jews were treated as second-class citizens and oppressed by rulers and the populace. They were considered impure and could not touch a Muslim’s food, had to walk on the left side of a Muslim, could not build houses higher than a Muslim’s or ride a camel or horse, and when they rode on a mule or a donkey, they had to sit sideways. Upon entering the Muslim quarter, a Jew had to take off his shoes and walk barefoot. If attacked with stones or fists by young Muslims, a Jew was not allowed to defend himself. 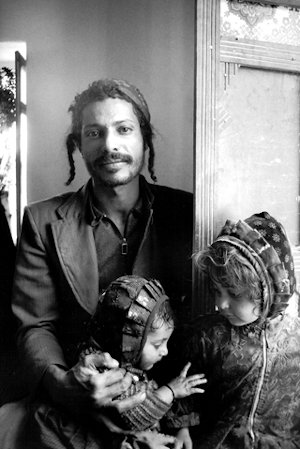 The Orphans Decree was a law that if a father died, his children were to be taken away by the state and forcibly converted to Islam. Although this law was largely ignored during the Ottoman rule, during the period of Imam Yahya (1918-1948) in 1922 the cruel law was strictly enforced. Orphaned Jews were removed from the community and neither demands nor bribes were accepted to free them. The community and the parents of the orphans sought ways to save the children from this tragedy and were sometimes able to prevent the forced conversion by quickly marrying off the children, since a married person was considered an adult and could not be taken by the state. Sometimes the children might have been moved to a big city and hidden with a Jewish family and other times they were taken out of the country.

Yemenite Jews and the Rambam

At the end of the 12th century, a false prophet appeared in Yemen and proclaimed that Judaism and Islam were one. He used quotes from the Torah to prove his claim, and since the majority of the people were not so educated, he was very influential. Yemen’s greatest Torah scholar, Yaakov bin Natanel al-Fayyumi, wrote to the Rambam (Maimonides) in 1172 asking for his answer. The Rambam responded with the famous future Iggeret Teiman, Letter to Yemen, expanding on the response and clarifying the foundations of Jewish belief. This letter made such an impression on the Jews of Yemen that they included Rambam’s name in the Ḳaddish prayer, praying that he would live long and have his name blessed.

Following his letter to Yemen, the rabbis of Yemen sent letters to the Rambam, and he taught through the letters he sent. He also sent them a copy of his Mishneh Torah, the codified Jewish law, and this magnum opus was meticulously copied in Yemen. In the Geniza in Cairo, many letters from the 12th century and beyond have been found, demonstrating the close connection between the Cairo community and the rabbis of Yemen that began with the Rambam.

Despite their geographic isolation, Yemeni Jews maintained contact with important Jewish centers, including Egypt and Babylonia. Throughout their history, they have had great scholars. 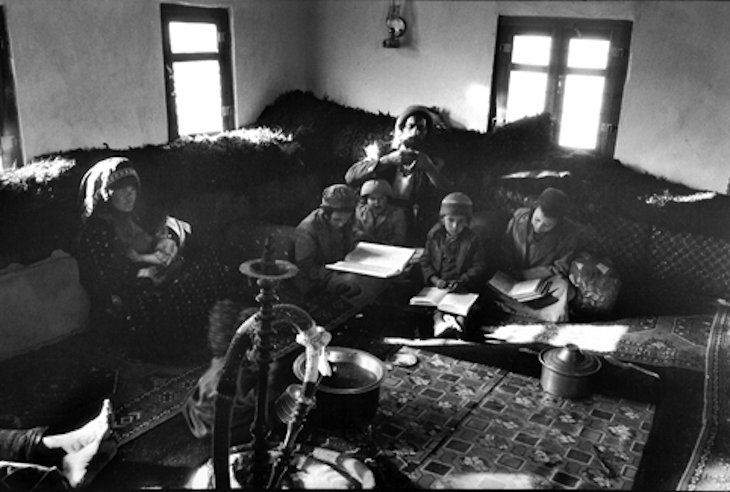 Study in the mufredj while the father does tzitzit, Beit Sinan, Arhab, 1986. Photo: Myriam Tangi

Rabbi Shlomo Adani (b. 1567) was also from Yemen and is considered one of the greatest commentators on the Mishnah. He was born in Sana’a, Yemen, to Rabbi Yeshua Adani, one of the city’s leading rabbis. The family immigrated to the land of Israel in 1571, where he completed his book titled Melechet Shlomo in 1624. His work is considered a classic and is partially printed in most editions of the Mishnah with commentaries. There are also streets in Jerusalem, Beersheba and other Israeli cities named after Rabbi Shlomo Adani.

Rabbi Shalom Sharabi, born in Yemen in 1720, is considered the father of all contemporary Sephardic kabbalists. After being miraculously saved from a difficult situation, he fulfilled his vow to go to the Holy Land of Israel and live in Jerusalem.

Jews from Yemen emigrate to Israel

When travel became easier with the opening of the Suez Canal in 1869, Jews began to migrate from Yemen to what was then Palestine. Many of the Jews who moved around this time, about 10% of the population, settled in Jerusalem, Jaffa or in agricultural settlements.

In 1922, when the government of Yemen began to harshly enforce the Orphan Decree, as discussed in this article, even more Jews sought to immigrate.

Following the 1947 partition vote in which the UN voted to divide then-Palestine and give the Jews a land, Arab Muslims in Yemen, aided by local police, began rioting and killings , killing 82 Jews in Aden and destroying hundreds of Jews. houses. This crippled the Jewish community financially and frightened Jews about their future in Yemen.

This increasingly perilous situation led to the emigration of almost the entire Yemeni Jewish community between June 1949 and September 1950 during Operation Magic Carpet. During this period, more than 50,000 Jews emigrated to Israel.

More minor, continuous migration was allowed to continue until 1962, when a civil war brought any further Jewish exodus to a screeching halt.

Today, the overwhelming majority of the world’s half-million Jews of Yemeni descent live in Israel. They are the legacy of 2,000 years of Yemeni Judaism.

With our thanks to photographer Myriam Tangi for allowing the use of her photos (www.myriamtangi.com). Click here to read his article on Yemeni Jews.