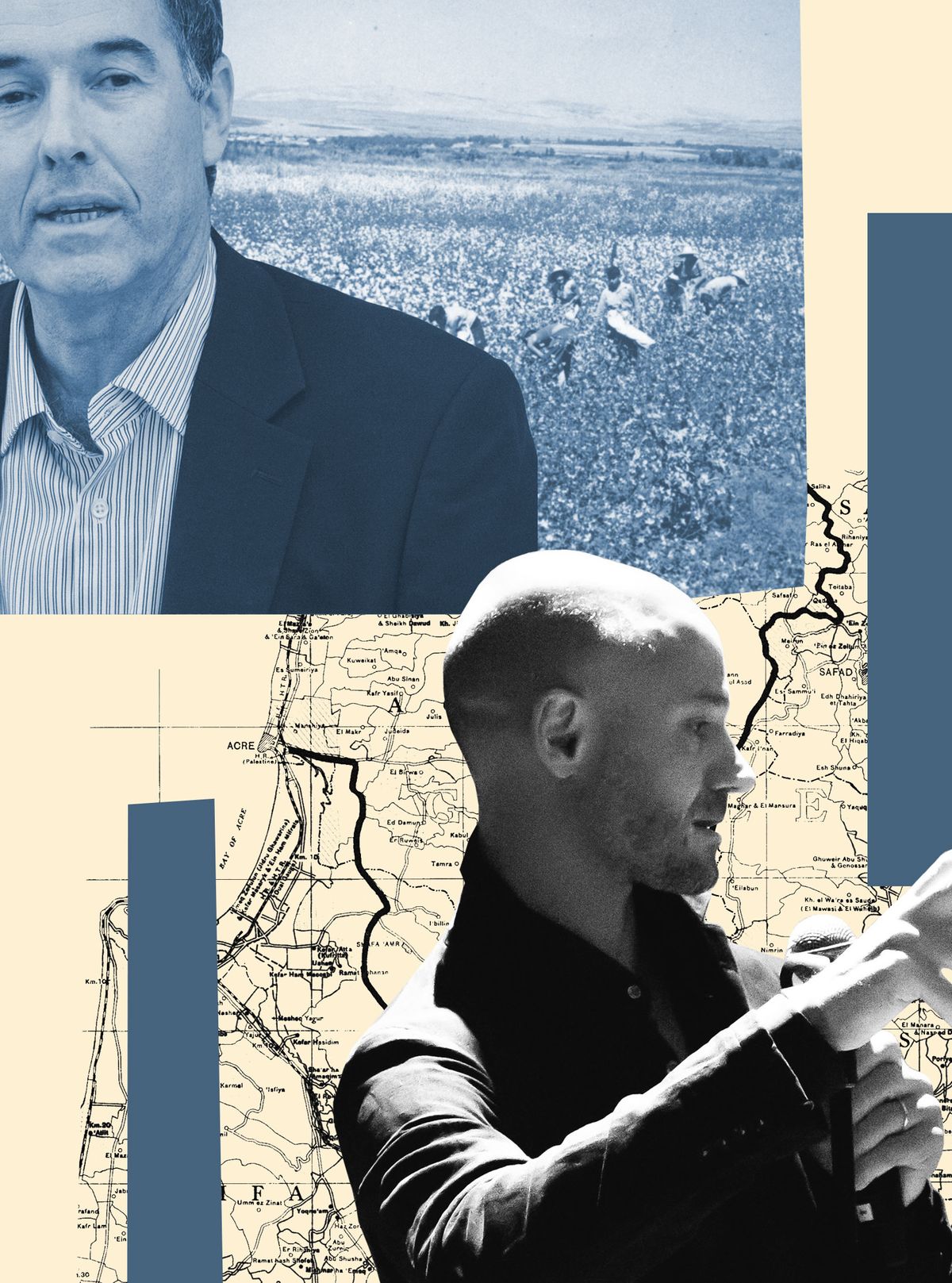 High and low criticism of Israel

When it comes to Israel, it’s always the best of times and the worst of times. For the Jewish state, the sky is the limit – or else it is falling. According to its critics, Israel is on the brink of moral immolation, an apartheid regime on borrowed time. Its supporters counter that Israel has never been stronger: the more haters it hates, the more peace deals it signs with its Arab neighbors, and the more sophisticated the technology it develops and exports. It’s as if the land between the Jordan River and the Mediterranean Sea can only be seen through a fun mirror.

This schizophrenia finds expression in two recent books that read as if they were written on different planets. by Omri Boehm Republic of Haifa: A Democratic Future for Israel treats Israel as a failed state and Jewish sovereignty as a moral obscenity. As Boehm, Israeli associate professor of philosophy at the New School in New York puts it, “true Israeli patriots must now challenge Zionist taboos as we know them, must dare to imagine the transformation of the country from a Jewish state into a binational federal republic. If Thomas Jefferson believed that “the tree of liberty should be refreshed from time to time with the blood of patriots and tyrants,” then Boehm thinks that sometimes the tree should be cut down completely.

At Yossi Shain The Israeli Century: How the Zionist Revolution Changed History and Reinvented Judaism argues that Israel’s success is so total that it has remade the Jewish people, reversed the misfortunes of its past, and secured its future. For Boehm, Israel is so compromised that it is ripe for demolition; for Shain, a member of the Knesset for Yisrael Beiteinu and professor of political science at Tel Aviv University, it is one of the greatest miracles in human history and the common thread of the Jewish present. “Israel has cemented its hold as the most dominant entity in the Jewish experience,” he writes. “The Jewish center of gravity – cultural, religious, political, demographic and even economic – has decamped from New York and is now in Jerusalem and Tel Aviv for the foreseeable future.” In the Israeli century, “the majority of Jews will come to live in the historic Land of Israel and will benefit from the protection of the State of Israel“. It will be in Sion.

Like fellow traveler Peter Beinart, Boehm knows his audience: he crafts his plea for the dissolution of the Jewish state in language intended to convince Jewish readers and non-Jewish critics of Israel that it is perfectly acceptable and desirable. to overthrow the national identity of the country. Even as he seeks to explode the Israeli national project, he insists that he is more Zionist than the Zionists, selectively citing press clippings by Menachem Begin, Ze’ev Jabotinsky and David Ben-Gurion to argue that sovereignty as such was never really necessary. A Jewish state – as opposed to a binational state with a Jewish minority – was a mistake, a wrong turn that led to an impasse.

According to Boehm, Israelis have become tougher and closed-minded than their founding fathers, who were open to a wider range of political possibilities. The title of the book refers to Boehm’s personal promised land: not contested Jerusalem or bustling Tel Aviv, but Haifa, a city freed from Jewish history or aspiration which, according to Boehm, can be the model for the successor state of the Zionist entity.

Boehm’s indictment of the Jewish state cites testimonies from its architects. It has an extensive archive to work from, largely thanks to the astonishing wealth of the Zionist Historical Library. The difficulty of addressing the Jewish question in Europe has led to a kaleidoscope of proposals in one of the greatest Jewish brainstorming exercises of all time, from Herzl’s diplomatic approach to Ahad Ha’s emphasis on ‘am on culture to AD Gordon’s anarcho-socialism. With Jews for 2,000 years out of the habit of self-reliance and desperate for a solution to their predicament in Europe, it was only natural that they would entertain and debate a million and one hypothetical ways of governing themselves.

Early Jewish Zionist thinkers also worked and imagined the future in a very different context: the decaying Austro-Hungarian and Russian empires and the bloody urgency of the continental Jewish question. Even these fervent supporters of Zionism had to be strategically careful, mindful of the yawning gap between their dreams of a national home and the very limited means at their disposal. For Boehm, quoting a Jabotinsky endorsement of a bi-national state without relevant context and using it to condemn the contemporary Israeli national project is clever but not convincing.

Boehm eagerly appeals to many other ideas out of context and discarded from the Zionist archives to support his cause. The only way he can conceive of a Jewish state is as a misguided outgrowth of the Holocaust, and so he calls for ‘forgetting’ rather than ‘remembering’ as a form of justice and as a prerequisite for adoption of binationalism. Boehm makes an attempt at symmetry: Jewish Israelis must remember the Nakba and forget the Holocaust, and Palestinians must remember the Holocaust and forget the Nakba, he says. Easy enough, except that Zionism predates both events, and many Palestinian Arabs see themselves as downstream victims of the Holocaust.

History is of paramount importance to Shain. The Israeli Century devotes hundreds of pages to tracing Jewish history from biblical times to the present day, focusing on how Jews adapted to where they were, but always longed for an eventual return. Much of this information will not be new to readers familiar with Jewish history or tradition, and the abundance of secondary source citations could probably have been reduced. But Shain’s journey through the past is a welcome antidote to Boehm’s attempt to twist that past to fit his expectations in the present.

Even as Shain delves deep into Jewish history, he argues that “the Israeli experience is fundamentally different from any other that Jews have had. For there is no longer any serious question about the existence of Israel – or its necessity for the continued existence of Jews and Judaism. For Shain, this is all good news. Israel is strong and reliable, vibrant and prosperous. The American diaspora worries about the future; the Israelis are building it. This disparity, according to Shain, is entirely due to Israel’s Jewish national identity. “Protected by the might of the Israeli century,” he writes optimistically, “Israeli Jews are channeling the global traits and talents accumulated by generations of Jews in the absence of sovereignty, into international success in ever-increasing numbers. of domains”.

Shain and Boehm wrote books for partisans, in other words. If you see Israel as an extraordinary success, you’ll want to shout Shain’s work from the rooftops; if you consider it an absolute failure, Boehm is your guide. But perhaps just as interesting as the content of each book is the contrast between the publishers who created them.

The Israeli Century was published by Wicked Son Press, an imprint run by Adam Bellow, David Bernstein and David Hazony. Wicked Son has also published books by Hillel Halkin, Ruth Wisse and Michael Oren, all prominent Zionist figures. But readers might be able to tell that Wicked Son is still a relatively new, niche imprint: At 764 pages, Shain’s book is too long for its purposes, and it might have needed a round or two of editing.

Republic of Haifaon the other hand, bears the august label of the New York Book Review press, which publishes both new works and reissues obscure books by old masters. The ability to spot his telltale spine is a clue that someone is aware of the literature. Many versions have been thankfully rescued from obscurity, and their return to circulation is a welcome development. Others may feel like a plunge into obscurity (the story sometimes picks literary winners and losers correctly).

Any regular reader of NYRB knows his constant and constantly hostile interest in Israel. The magazine is one of the platforms of elite contempt for the Jewish state, reflecting the consensus of the New York teachers’ lounge and the sensitivities of Brooklyn professionals. There’s no better place to turn to watch the fall of love between Jewish intellectuals and Israel: Boehm’s work fits in perfectly with that of Beinart, David Shulman and others NYRB faithful.

Boehm and Shain’s new works thus represent not only two visions of Israel, but two distinct visions of the world: one carried by the cultural elite with irreproachable references, and the other by a less prestigious and less fashion that has become a kind of counterculture. It is perhaps a sign of the times that the criticisms and preferences of the former are increasingly irrelevant to developments in Israel and the Middle East.

the Ministry of Strategic Affairs