Nicole Garcia Aguilar, a transgender woman, looks at donated clothing at the hotel she lives in as she searches for permanent housing. (Photo: John Partipilo)

For some Tennessee LGBTQ people, growing up meant realizing that their sexual orientation could be used against them by society, including their family members.

According to Movement Advancement Project, approximately 3.5% of Tennessee residents identify as non-cisgender. But despite making up a small percentage of the state’s population, LGBTQ residents face discrimination from employers and landlords and struggle to maintain housing or employment.

People of color in the community, for whom racism and gender bias can be synonymous, say they often feel left out of mainstream LGBTQ conversations. For immigrants or people from immigrant families who are LGBTQ, barriers to acceptance may be higher.

The Tennessee Lookout reached out to immigrants who are also LGBTQ. Here are some of their stories.

Nicole Garcia Aguilar, a transgender woman, lived in Honduras until she was forced to flee in 2014 following death threats against her.

She fled to the United States as an asylum seeker, but was deported in 2017 after missing a court appointment. His the lawyer said that Garcia had been convicted of marijuana possession and faced prostitution charges, but that her criminal history did not involve violence.

Upon her return to Honduras, she was again attacked and forced to flee.

“A man had just gotten out of prison and I was on a bicycle and this person started following me, grabbed me by the hair and dragged me. Neighbors intervened and he said if it hadn’t been for the neighbors they would have found me with flies in my mouth, but next time no one would intervene,” Garcia said.

Garcia was deported twice before being granted asylum by an immigration judge in 2018, but instead of being released, Garcia was detained by United States Immigration and Customs Enforcement, who refused to release her. Officials claimed there were inconsistencies in her testimony and Garcia spent nearly three months in solitary confinement before being released in 2019.

With asylum status, Garcia moved to Nashville in 2020. She rented an apartment but was evicted in June after the landlord refused to renew her contract. Garcia said the apartment managers were openly transphobic towards her and the discrimination led to her eviction. 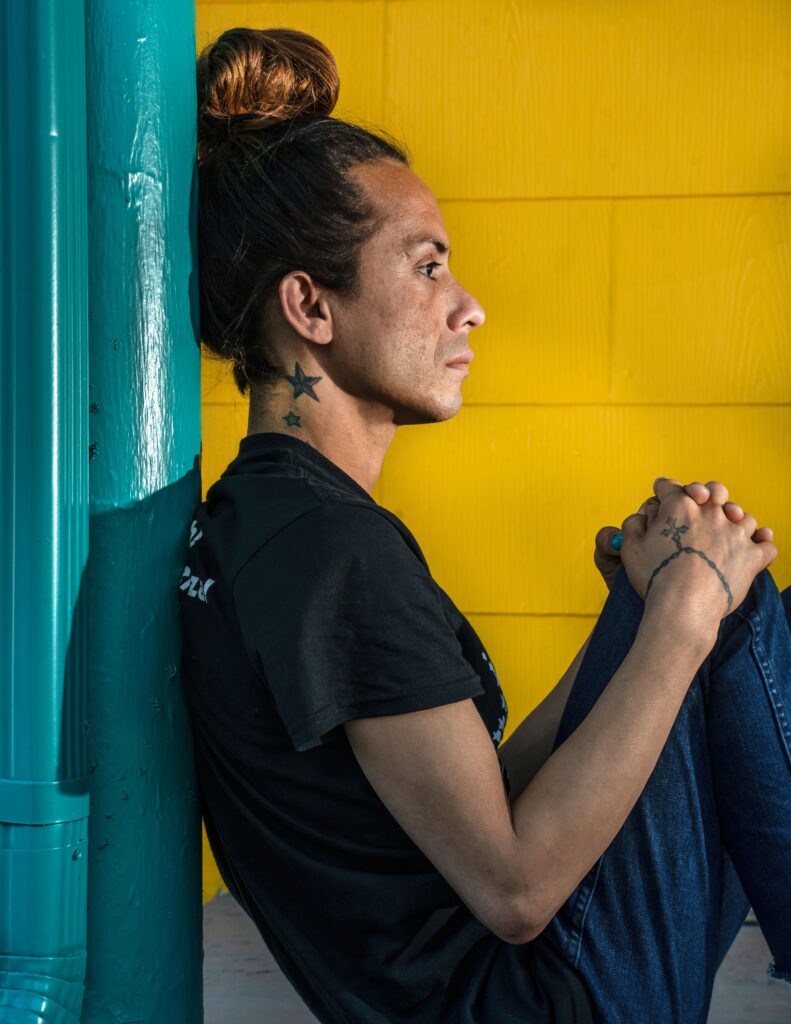 “They came to my apartment and threw everything out,” she said. “I lost everything.”

A reporter from Tennessee Lookout contacted Flats at Nolensville management, who said he was unaware of the incident.

Garcia sought help from Worker’s Dignity, a Nashville-based organization that advocates for low-wage workers. Donations raised by the group allowed Garcia to rent a hotel room, where she currently lives as she works to find permanent housing.

She now works as a member of Worker’s Dignity, working to help others facing similar discrimination.

Ali El-Chaer was born and raised in Nashville’s vibrant and large Arabic-speaking community.

Following an initial wave of immigrants in the 1970s, thousands of families from at least 20 different Arab groups established communities in central Tennessee.

El-Chaer’s father immigrated from Palestine in 1982 and after the September 11, 2001 attacks in New York and Washington, DC, the family lived as quietly as possible for fear of harassment.

Parents forbade their children to speak Arabic and urged them to assimilate into American culture in an effort to ensure their safety. Although El-Chaer began to question his sexuality, LGBTQ conversations weren’t front and center for his family.

“The last thing we need is for our child to be gay,” he said of his parents.

As she got older, El-Chaer was able to meet other LGBTQ people and began transitioning from female to male. He was well received by other Arab LGBTQ members, but when he told his family, they weren’t thrilled.

“They know, but it’s not like a conversation. Like my siblings all use my correct pronouns, and my mom uses my correct pronouns, and I don’t know if my dad doesn’t because there are language barriers or he’s just dense, but he there are also lesbians in my family who are married but we don’t talk about that,” he said. “‘She’s married to a woman,’ that’s it, there’s no arguing,” he said.

“There’s a certain weirdness that I’m queer, and we’re never going to have that moment, and I’m more than okay with that.”

Yet El-Chaer finds himself divided between two worlds: the Arab community and LGBTQ. There is still homophobia in his community and ideals more in line with conservative Tennessee politics.

El-Chaer believes that younger generations of Arabs have expressed more homophobia, perhaps in attempts to connect with their home country.

“I think homophobia is really real in the Middle East, but I often wonder to what extent it is a response to the coming of Western imperialism,” he said.

“But I’ve been very lucky to speak with homophobic Arabs and maybe if they don’t agree with the conversation, it’s fine. You know, I’m not asking them to agree with me, but I feel like we can go away and see that they come from that place where they feel betrayed or oppressed or work through their own trauma generational and looking for someone to blame,” he added.

When it comes to Tennessee’s LGBTQ communities, El-Chaer said he is sometimes asked to give up his Arab background.

“I’m told my people are homophobic and we’re not welcome unless we call out our culture,” he said.

“I have to take a step back from the queer scene in Nashville because it’s so toxic if you’re not white,” he added.

El-Chaer is currently working as an artist in the Nashville art scene. 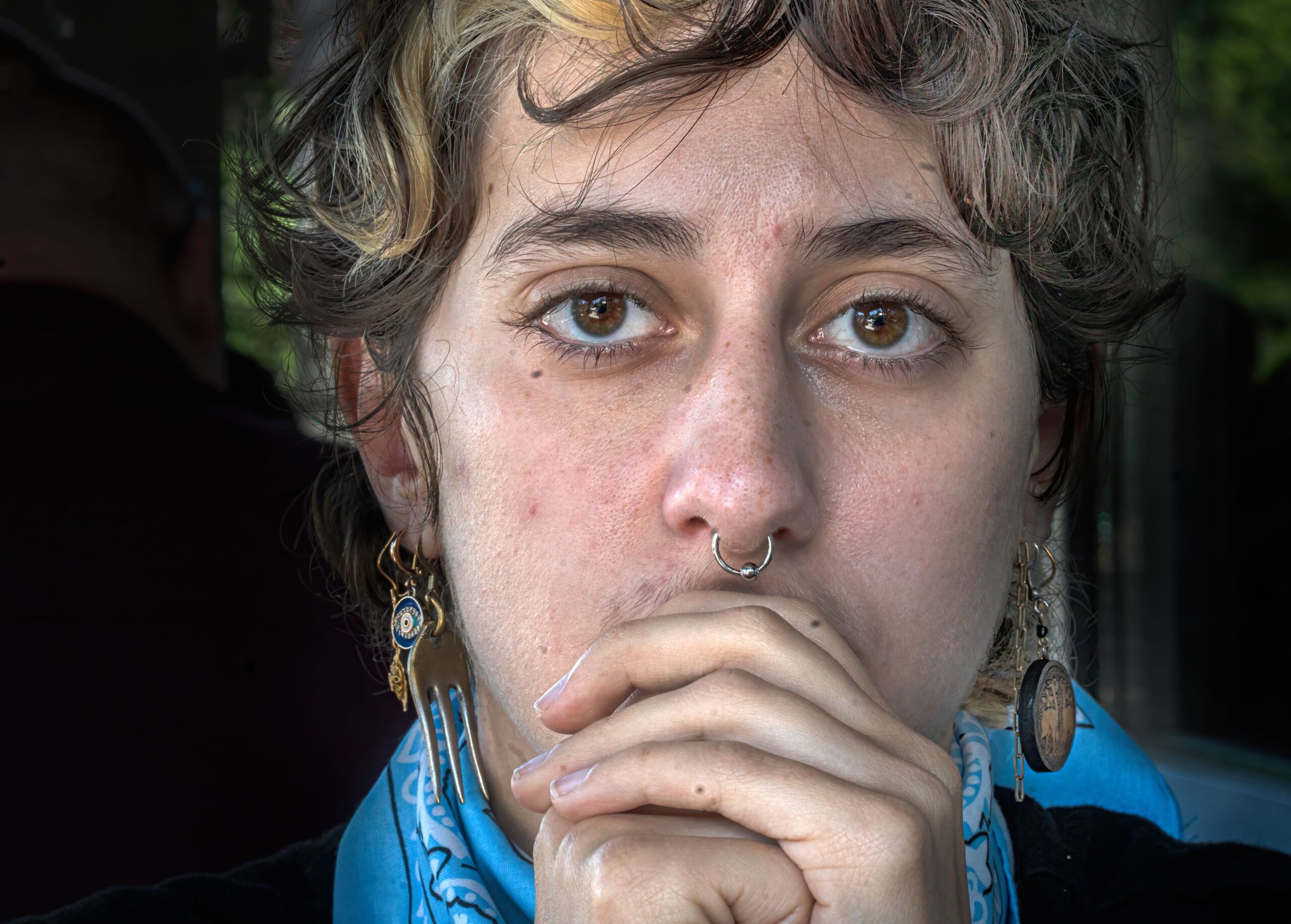 Assali was born in Palestine but lived in the United Arab Emirates before moving back to Palestine aged 13, a move made more difficult as he began to question his sexuality.

“I remember growing up crying, and my family thought it was because I wanted to stay in the UAE for my friends,” Assali said. “But the real reason was this confusion of me fully finding out that I’m gay.”

While in the UAE, he had more freedom to express his sexuality, but he realized the difficulties he faced as a gay man when he returned to Palestine.

“Homophobia under occupation is different in other conservative cultures,” Assali said, explaining that issues affecting Palestine are sometimes dismissed by Western countries because of Palestine’s treatment of the LGBTQ community.

Assali chose to keep his sexuality a secret from his family, fearing their reaction. Instead, he pursued romantic interests from the safety of his computer and quickly fell in love with a man from Lebanon. They often talked about running away together.

One day he made the mistake of leaving his computer open and his older sister discovered his secret life. He stood helpless as she read his messages until she finally turned around and asked him, “You want to kill our mother, is that what you want?”

“In the eyes of my siblings, being gay would kill my mother,” Assali said.

Years later, her first love, the boy from Lebanon, died before they could meet in real life.

Qais Assali has a tenuous relationship with his family, who live in Palestine, but he says life could be worse: “I’m lucky they didn’t kill me. They didn’t fire me. »

As she grew older, Assali became a teacher, hoping to help other LGBTQ children in Palestine and educate people about sexuality.

“Having a supportive family is more important than having a community,” he said.

At 22, he was summoned by the Israeli army for an interview where he was questioned about his role as a teacher and asked why he would want to stay in Palestine. He feared that they would use his sexuality as leverage to force him to spy on Israel against Palestine.

“It made me realize at a very young age what my priorities are in this life, as a Palestinian and as a gay man,” he said.

Assali would later emigrate to the United States to complete his master’s degree in teaching. He soon met and married a Hispanic American, although his sexuality, an abstract notion he had kept hidden for so long, became open, was “incredibly difficult to live with”.

Today, he has a tenuous relationship with his family. When he left Palestine, his sisters told him “don’t come back”. Years have passed since he last saw his mother.

But despite their flaws, he said life could have been worse.

In June, Assali visited his family in Palestine for the first time in years, and although he worries about the potential dangers, he wants to see his mother, who is delighted to find him a wife.

Assali, who works as an artist, currently has an exhibition at Vanderbilt University. 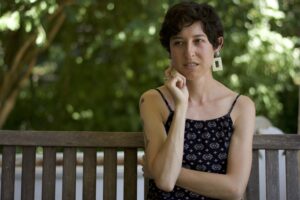 Bedarn’s grandmother was Palestinian and her ancestors came to the United States after Israel occupied Palestinian territory in 1967.

Growing up, Bedarn wondered why his family was forced to assimilate instead of embracing his Palestinian heritage.

“I can claim that part of me, especially in a world that feels like it should be erased or shouldn’t be discussed,” they said.

In high school, Bedarn came out as bisexual to her family, who weren’t supportive of her.

“I feel like I’ve come out to my parents 10 times in the last 10 years and there’s always a conversation where I have to re-explain something. But the first time was at 14 years old and I just asked my mom what she thought of bisexual people, and at first she was like, ‘I don’t think that’s a real thing,'” Bedarn said.

“‘It’s just an excuse to have sex with a lot of people.’ It really hurt a lot because it made me feel like that part of me was not allowed to exist, along with other parts of me,” they added.

Today, Bedarn makes sure to keep boundaries between himself and his family, but continues to struggle to get his family to accept them as gender non-conforming.

For LGBTQ Tennesseans from immigrant families, culture can add another barrier to acceptance – Tennessee Lookout