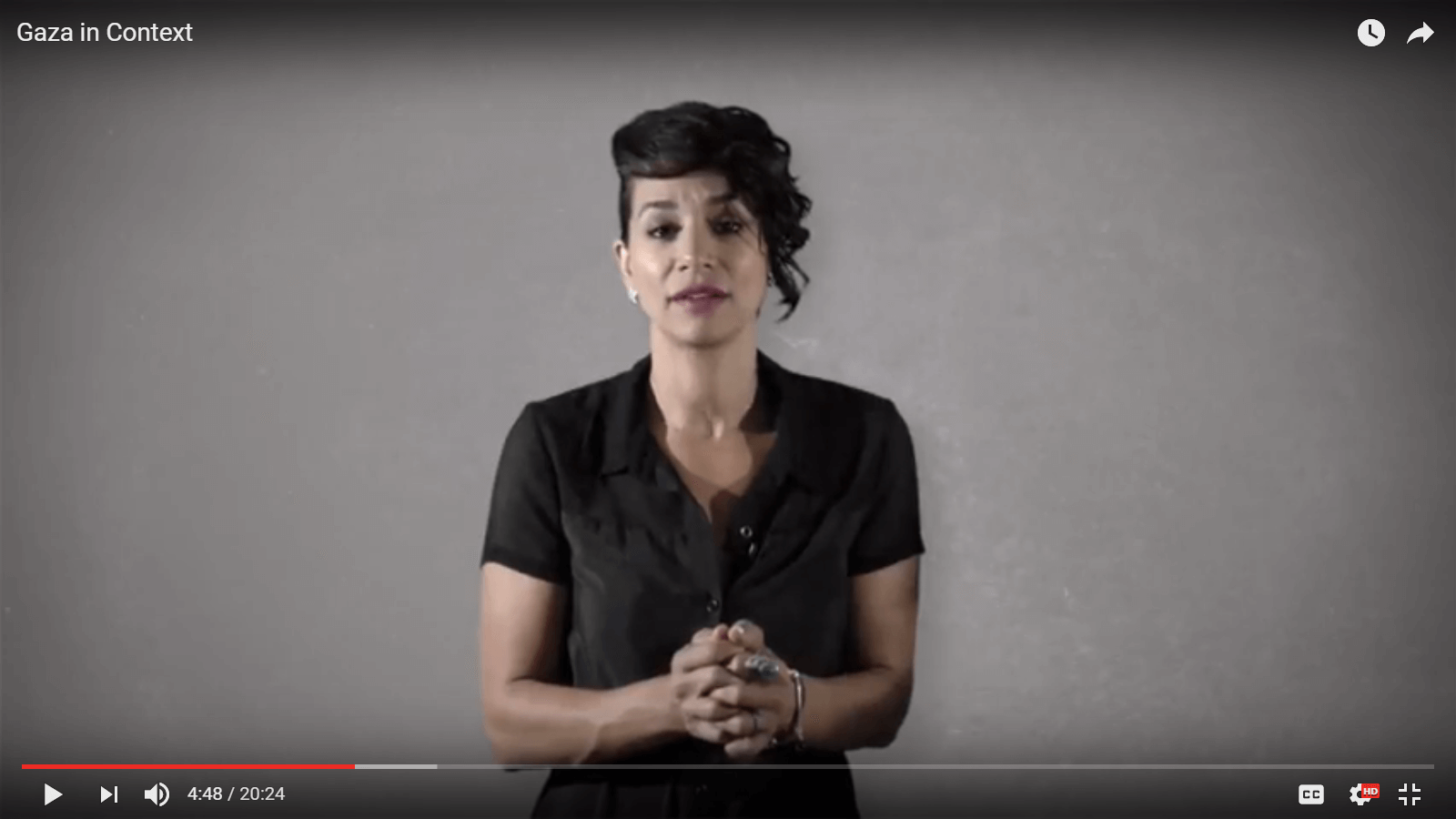 My path to working with Jewish Voice for Peace began about 15 years ago. Beginning in 2007, like several other Palestinians, whenever the spirit moved me, I spoke through the Mondoweiss forum because of its open and consistent support for Palestinian human rights, a position that has is automatically translated as anti-Zionism. Later, I shared some forums with my courageous colleague, Dr. Alice Rothchild. Through this experience, I was introduced to Jewish Voice for Peace (JVP) with its revolutionary anti-Zionist stance in the Jewish community of the United States.

Here is how the editors of the current book currently assess the role of their activist forum:

“JVP’s approach is no longer a fringe position among progressives, and especially progressive Jews, in the United States and abroad. Polls show a growing gap between older and younger generations of American Jews around Zionism. Support for Israel and the powerful American Israel Public Affairs Committee (AIPAC) has declined markedly among young people, who refuse to accept the false equation between anti-Zionism and anti-Semitism. Increasingly, young Jews are living and expressing their Jewishness in ways that decouple tradition and spiritual values ​​from political loyalty to the State of Israel.

When I realized that the JVP’s enlightened forum was open to non-Jews, I joined its health advisory board. Shortly after, I decided to devote my retirement time to finalizing a project I had begun to write a trilogy of novels that span my life from events in my area of ​​Palestine/Israel, the Galileo. This caused me to freeze my contributions to the two forums above, Mondoweiss and JVP, uneven as the two contributions had been. Now that I have reached the stage of my writing the shopping for a suitable literary agent trilogy, I resurface with this book review of a pertinent literary and political contribution edited by three JVP members who have already submitted their book on Mondoweiss while another review also appeared there.

The impetus for this book is seen forcefully in the first two informative pieces which shed light on the need and historical context for it: here is a sample of the formal introduction by Palestinian-American lawyer and activist Noura Erakat highlighting the collection of essays in the broader context of the struggle against colonialism:

“This book is fundamentally different, tackling power head-on and describing the struggle against Zionism within the Jewish communities that Zionism claims to serve. His anti-Zionist Jewish stories are essential to decolonization, as well as to illuminating paths darkened by the punitive hand of imperial expansion.

“Any path to Palestinian freedom is a decolonial process. This requires the confrontation and ultimate abandonment of political Zionism as a legitimate ideology as well as our disavowal of historical colonialism and imperialism as legitimate systems of government.

“[T]Today, the only issue that electrifies Israel as a society is the problem of the Palestinians, the denial of which is Zionism’s most constant thread.

Then she goes on to assert that, as the “renowned Jewish philosopher Martin Buber and others foresaw, Zionism was a project that would require endless violence, injustice and war.” And she illustrates this assertion with the following statement of fact:

British Foreign Secretary Lord Balfour’s letter to Lord Rothschild, a Zionist and Britain’s most famous Jewish citizen, in 1917, pledging British support for “the establishment in Palestine of a national home for the people Jewish,” was as much driven by Balfour’s eagerness to rid Britain of its Jews as it was by the British Empire’s colonial interests in having a stronghold in the Middle East. Above all, European and Zionist endorsement of Jewish settler colonialism has been tied from the start to the white supremacist elimination or denigration of Palestinian Arabs in favor of honorable, civilized Jewish men.

Farmer then illustrates the above Nakba process underway with the calamitous Plan-D of 1948 and the resulting seizure of “more than three quarters of the land of all indigenous Palestinians, an ‘ongoing project’.” [of] expropriation.” Moreover, Farmer argues, we face the current inventive process of dehumanizing Palestinians, including what Hebrew University professor Nadera Shalhoub-Kevorkian is quoted as describing as

how the Zionist paranoia of being invaded or overwhelmed by the Other militarizes marriage and stigmatizes internally displaced migrants as metaphorical rapists of the nation. … [and] associates the “politics of fear” intrinsic to colonial power in the case of Israel with what she calls the theology of security. It is a set of beliefs that welds the biblical injunction of God’s covenant with the Jews to the indisputable stamp of “national security” on any police, military or confiscatory action that the State wishes to undertake. It labels every Palestinian or “other” as a potential terrorist, even those who are not yet born or have already died (witness the IOF’s practice of withholding the bodies of Palestinians murdered by Israeli soldiers from their families), while anointing the settlers as the “chosen one.” Yet, ironically, the Zionist state is attached to its Palestinian victims.

Shalhoub-Kevorkian describes a contradictory need to erase or displace the indigenous population but simultaneously keep them present as a constant threat. Without the Palestinian Other, the entire security apparatus of walls, checkpoints, militarized environments, land grabs – not to mention billions of dollars a year in US military aid and a global Israeli industry of security and surveillance – would lose its raison d’être. Like the Hegelian dialectic of master and slave, the master can never completely eliminate the slave; like the master without the slave, Israel without the Palestinians would cease to exist.

Added to all this is also the calamitous imprisonment of Gaza where the heinous crimes of Zionism against humanity are so routine that the place has become unfit for human life in the accepted view of the United Nations. Farmer also covers the special relationship that has developed between Palestinian activists and African American activists, particularly that of Black Lives Matter, a relationship that I find worthy of revisiting and exploring and illuminating further. Suffice it to point out that African-American activists had innocently confused the poetry of Palestinian Samih el-Qasim with that of their slain leader George Jackson, as reported here by Farmer.

Here, the publishers proceed to offer an equal number of contributions from their militant Arab and Jewish writers, contributions that make up the central body of the book. Most of the Jewish participants in this radical project recount the depth of their experience of revolt against the Zionist acculturation of their childhood. Their contributions are reminiscent of another collection of accounts of anti-Zionist Jews who converted to the pro-Palestinian and pro-justice stance that a Jewish psychologist friend of mine, Avigail Abarbanel, edited, crediting them all with emotional resilience. Palestinian contributions to A land with a people are mostly literary in nature whether poetry, short stories or biographical pieces. My judgment is that each individual contribution is worthy of attention and should be read.

Yet for the serious seeker and student of Zionism and the ferment of revolt among its Jewish youth, there are powerful and concise tools appended to the central text covered above, including: JVP’s Approach to Zionism, A Timeline of Zionism, an Abbreviated History of Resistance to Zionism and a glossary of relevant specific terms.

So, to all friends and, above all, to all adversaries: please read and be educated.

So where are the Palestinian voices in the mainstream media?

Mondoweiss covers the full picture of the struggle for justice in Palestine. Read by tens of thousands of people every month, our truth journalism is an essential counterweight to the propaganda that passes for news in mainstream and traditional media.

Our news and analysis are accessible to everyone, which is why we need your support. Please contribute so that we can continue to raise the voice of those who defend the rights of Palestinians to live in dignity and peace.

Today, Palestinians are fighting for their lives as the mainstream media turns away. Please support journalism that amplifies urgent voices calling for freedom and justice in Palestine.