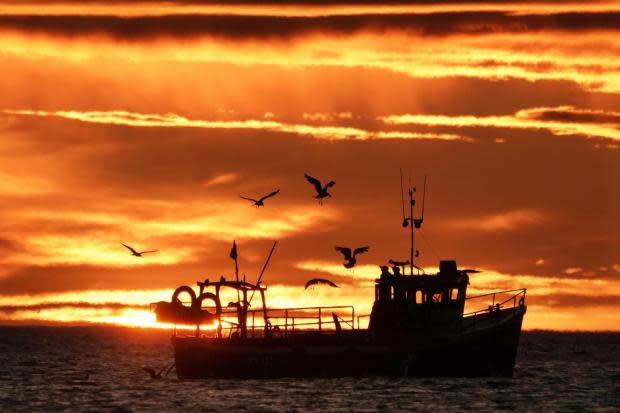 OUR 19 year old son has just bought his first fishing boat, having spent the last two years working for my husband, a semi-retired fisherman. It was his dream to follow the long family tradition, to earn a living and to be able to stay on the island of his birth. We are proud and support this aspiration. How disheartening to read Martha Vaughan’s article describing the practices used by our son and other inshore fishers in this area as “mismanaged” and a threat to the ecology of the area, our area (“Scottish Burbot , stingray and stingray added to ‘red list’ for consumers”, The Herald, April 6).

Our son was well educated by his father: target the species you intend to catch; release live undersized lobsters and brown crabs from the trap; limit the number of traps you set, and flip and notch all egg-bearing lobsters. This notch means they cannot be landed and helps maintain healthy stock levels. After all, why would small coastal fishermen seek to destroy their own fishery?

The Marine Conservation Society is not a statutory body, it is a pressure group with a large bank balance that has enabled it to lobby and unleash this latest attack on our culture and livelihoods. The statutory body we listen to is Marine Scotland, both nationally and through the network of fisheries boards. There is industry management and regulation and constant monitoring of stock levels and landings, not the wild west coast your article suggests.

I’m disappointed that, for balance, you didn’t look for the sight of “wellies on the ground” – a Hebridean fisherman.

ISRAEL IS THE AGGRESSOR

I WAS stunned to read Adam Tomkins’ article on Israel (“Fears stalks Israel as country faces uncertain future”, The Herald, April 6, and Letters, April 7). There was barely a single paragraph without whitewashed terminology.

Professor Tomkins could not bring himself to describe how the country was actually formed, simply stating that it was “founded” in 1948 and depicting happy kibbutzim flourishing in Yaffa (Jaffa) soon after.

1948 for the Palestinians is synonymous with “the Nakba”, literally meaning “the Catastrophe”. The Palestinians use the key as a symbol of that time – they brought their keys with them, thinking that when the fighting was over they would return home. Many of their villages were completely destroyed. Seven hundred thousand people fled.

It is no coincidence that when discussing the founding of Israel, those who support the state evade the reality of its formation. By ignoring and erasing the people who existed in Palestine before 1948, criticism of the State of Israel can be characterized as purely anti-Semitic – that opponents of Israel deny the right to self-determination.

This ignores the true historical and contemporary context: Israel was formed by displacing people from the land they had been on for generations. People are alive today who lived through this disaster, although many more died without the possibility of returning home. The same behavior can be seen in East Jerusalem today, with the state evicting Palestinians and giving their land to Israeli citizens.

Israel has aggressively used expansionist behavior via illegal “settlements” in the occupied territories. Professor Tomkins glosses over the occupation as governed by the international law of belligerent occupation (Israel is the belligerent. In 2017, the European Council on Foreign Relations called it an “unlawfully prolonged occupation”).

All this, and Professor Tomkins’ friends lament that ‘the Israel their grandparents sought to build is being replaced’. Incredible.

THE doubts of Alexander McKay (Letters, April 7) and others about the potential usefulness of net-zero policies are well taken warnings for many reasons.

First, the monetary cost of decarbonising the UK has been estimated by Prime Minister Theresa May to be at least £3 trillion. We cannot afford such a sum. The inevitable consequences include huge domestic, industrial and transportation disruptions, risking dangerous civil upheavals.

Second, doubts are now cast by work in Canada, Denmark and Israel about the main mechanisms underlying our climate change.

Carbon dioxide (CO2) may not be the right target. For molecular and physical reasons, the Earth’s climate is more likely to be under the basic control of the sun, water vapor, humidity, cosmic rays and cloud formation. CO2, at 0.04% of the atmosphere, represents less than 5% of total greenhouse gases. The balance varies with atmospheric humidity. Global warming has stopped over the past two decades, as accurately monitored by NASA satellites to abolish the impact of urban “heat islands”. Meanwhile, CO2 concentrations have continued to rise, proof that CO2 is not the primary driver of global warming.

The relative imminence of a grand solar minimum, based on the sun’s reduced activity, would lead to drops in Earth’s temperatures, as has happened intermittently over the past centuries.

Finally, given that the UK’s share of the world’s total man-made CO2 is negligible at less than 1.5%, haven’t we already reached virtual net zero?

Could governments explain to us the explanation and justification for net zero in the UK?

ONE must admire Chris Mason (“All quiet on west London front as job carouselturns”, The Herald, April 4) for overcoming the severe social disadvantage of having had not just one, but two primary school teachers as parents. Maybe he kept something that might have been okay in a red brick a shameful secret when he was at Cambridge. I don’t know if his Yorkshire accent should be seen as an advantage, rather than another social handicap, but personally I haven’t found it to dilute his BBC RP.

I NOTE Jim Meikle’s observation that “for men at least, golf is a lot like sex. You can really enjoy it without being good at it” (Letters, April 7).

In my advanced years, still not very good at it, on a good day playing a round lasts more than four hours.

our inevitable return to the 2000s