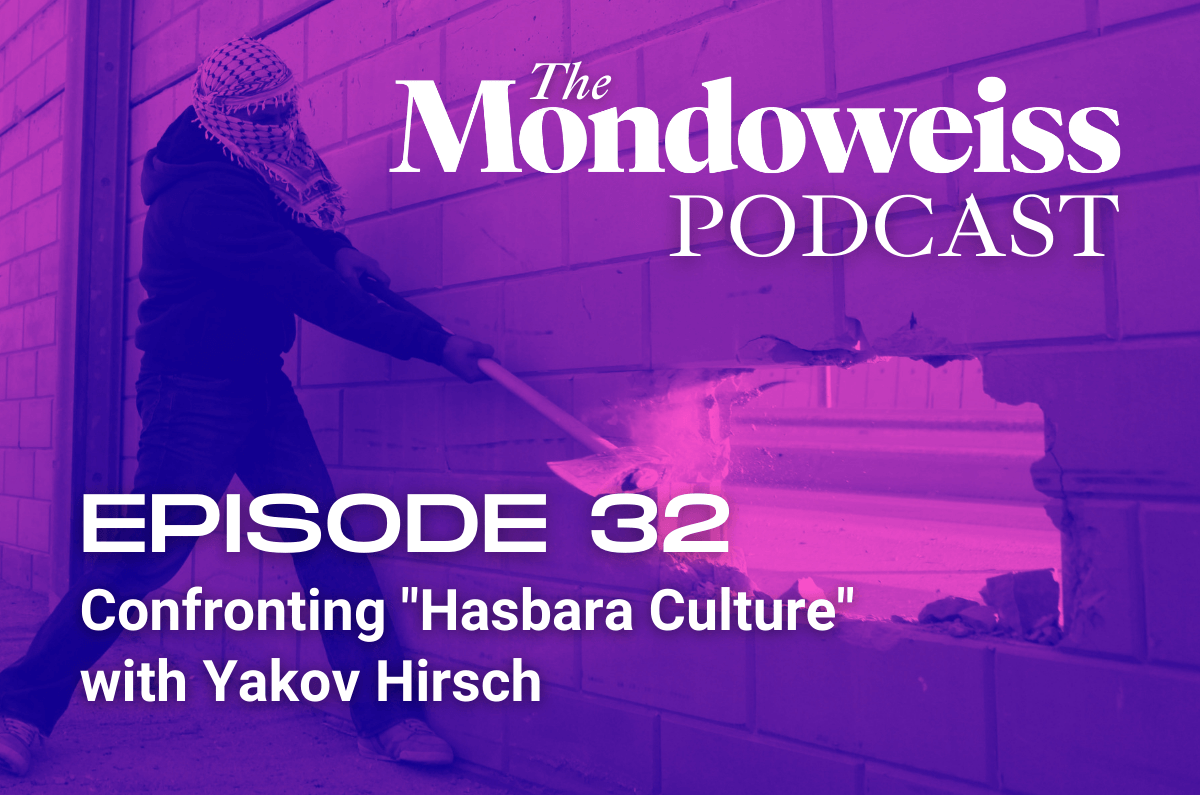 Confrontation with the “Hasbara Culture” with Yakov Hirsch – Mondoweiss

In this episode, we have a conversation with Phil Weiss and Yakov Hirsch about the cultural sources of pro-Israel movements in American politics.

For several years, Hirsch has examined what he calls “hasbara culture” – how a discourse of Jewish victimhood has taken over Jewish, Israeli and even American political culture.

Hirsch explains how this worldview of “hasbara culture” was propagated by Benjamin Netanyahu and other Israeli politicians, by anti-anti-Semitism organizations like the Anti-Defamation League, and by, I quote, journalists from “More never that” with top platforms including Jeffrey Goldberg, Bari Weiss, Bret Stephens and Yair Rosenberg.

According to Hirsch, having the worldview of the hasbara culture is what it means to be a “good Jew” these days, and we must confront this alternate reality if there is to be justice in the land, from the river to the sea.

As the conversation begins, Yakov describes in detail the events surrounding the death of Abdel Fattah al-Sharif, a Palestinian who stabbed an Israeli soldier in the occupied city of Hebron in March 2016. Al-Sharif was shot and lay injured and defenseless. to the ground when another Israeli soldier, Elor Azaria, shot him in the head at close range, killing him. The event was filmed by the Israeli human rights group B’Tselem.

Help us continue our independent critical coverage of events in Palestine, Israel, and related US politics. Donate today at https://mondoweiss.net/donate

Articles and Links mentioned in the show

We want your feedback!

So where are the Palestinian voices in the mainstream media?

Mondoweiss covers the full picture of the struggle for justice in Palestine. Read by tens of thousands of people every month, our truth journalism is an essential counterweight to the propaganda that passes for news in mainstream and traditional media.

Our news and analysis are accessible to everyone, which is why we need your support. Please contribute so that we can continue to raise the voice of those who defend the rights of Palestinians to live in dignity and peace.

Today, Palestinians are fighting for their lives as the mainstream media turns away. Please support journalism that amplifies urgent voices calling for freedom and justice in Palestine.