Detail of Asuncion Molinos Gordo How many rivers up there! installation at the Travesía Cuatro gallery in Madrid.

Art Jameel opens a major new group exhibition, An Ocean In Every Drop, at Jameel Arts Centre, Dubai’s center for contemporary arts (September 22 – April 2, 2023). With its title inspired by a 13th century poem by Rumi – “You are not a drop in the ocean. You are an ocean in every drop” – the exhibition speaks to the centrality of water in forming of our world and the complex web of relationships produced by water and its use.

It features 15 regional and international artists from 14 countries, First Nations and Indigenous communities, from ancient Persia to the United Arab Emirates. Bringing together existing works and new commissions ranging from large-scale installations and audiovisual works to manuscripts and works on paper, An Ocean in Every Drop seeks to rekindle our relationship with water throughout history, from 10th century to the present day, exploring the vast and ancient ways in which water shapes human development, produces history, culture, language and social relations.

By relating bodies of water as living beings, the show attempts to mark a transformation in our own approach to the climate emergency, by centering our role and our relationship to the issue today. Exhibiting artists include Jumana Emil Abboud, Martha Atienza, Raven Chacon, Cian Dayrit, Leuli Eshraghi, Asuncion Molinos Gordo, Abul Hisham, Candice Hopkins, Sohrab Hura, Hussein Naserreddine, Thao Nguyen Phan, Daniel Otero Torres, Karan Shrestha, Fatima Uzdenova and Munem. Wasif, as well as the works of the 10th century geographer and writer, al-Istakhri. Abboud (b. 1971) is a Palestinian artist living and working in Jerusalem. 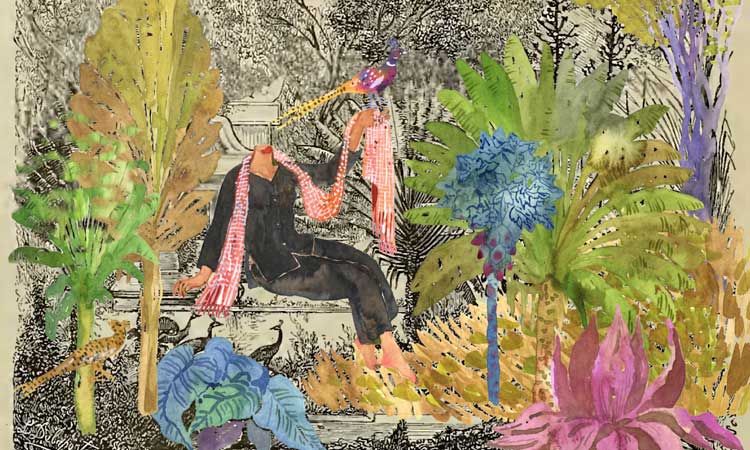 She draws inspiration from her own past and Palestinian culture and traditions in her installations. She explores memory, storytelling and oral history through the body and its use of Palestinian folklore and fairy tales. Her art frequently features the Palestinian landscape and she focuses on memory, the impact of memory fragmentation, and the impact of history on a person’s current life. His piece Hide Your Water from the Sun, is a three-channel video installation, which features video of the sites featured in a 1920 survey of places that once contained springs and other bodies of water that have since been lost , but whose locations are part of Palestinian folklore.

Born in Manila, Philippines to a Dutch mother and Filipino father, Atienza’s video installations are visions drawn from her Filipino and Dutch sides. His work is a series mostly constructed in video, of a sociological nature that studies his direct environment. Chacon (b. 1977) is a Pulitzer Prize-winning artist known as a composer of chamber music.

His visual and sound works have been widely exhibited in the United States and elsewhere. Dayrit works in painting, sculpture and installation. His interdisciplinary practice explores colonialism and ethnography, archaeology, history and mythology. Eshraghi is active across Samoa, Australia and Canada, and is of Samoan/Persian/Cantonese ancestry.

The artist prioritizes the global visuality of indigenous and Asian diasporas, spoken languages, and ceremonial and political practices. In his practice, Gordo explores different forms of dominance in intellectual inquiry, from urban to rural. Hisham’s works manipulate characters he has seen and experienced in his social environment.

Hopkins (b. 1977) is an independent Carcross/Tagish First Nation curator, writer and researcher who primarily explores the fields of Indigenous history and art. Hura (b. 1981) is an Indian photographer based in New Delhi. He is a full member of Magnum Photos. Naserreddine lives and works in Beirut.

Her installation, writing, video and performance work originates from a practice around language that constructs fragile monuments anchored in collective histories such as ruins, construction and the making of images. Phan (b. 1987) is a Vietnamese visual multimedia artist, whose practice encompasses painting, filmmaking and installation.

She references her country’s turbulent past while observing social conventions, history and tradition. Torres’ work is grounded in the reconstruction of ideology through handmade drawings on aluminum and steel. With stories from every day and every people, Shrestha’s work seeks to blur the opposites that construct and define our individual and collective identities, presenting them as flawed – and therefore effectively human.

Uzdenova’s practice is rooted in the idea of ​​a garden as a place of conquest, spiritual ground, and source of nourishment. Wasif’s installations often mix photography with moving images, archival documents or collected objects, to reveal notions of impermanence and insecurity. Istakhri was a 10th-century author-traveler and geographer who wrote valuable accounts in Arabic of the many Muslim territories he visited during the Abbasid period of the Islamic Golden Age.

His account of windmills is the oldest known. Nora Razian, Head of Exhibitions, Art Jameel, said: “The exhibition is part of a multi-faceted attempt by Art Jameel to address the climate emergency and the role of arts and culture in shaping of our understanding of it. With Cop27 in Cairo in November 2022, then in the United Arab Emirates in 2023, this is a key moment for the region to commit to reducing its footprint and tackling resource scarcity responsibly.

An Ocean In Every Drop takes place alongside Art Jameel’s participation in the World Weather Network (WWN), which includes a “weather station” at the Jameel Arts Centre. Art Jameel is one of 28 arts organizations around the world forming WWN, a global ‘weather report’ project that will run until June 2023 in which artists and writers share ‘weather reports’ in the form of observations , stories, images and imaginations about their local weather and our common climate, creating an archipelago of voices and points of view on this global platform.