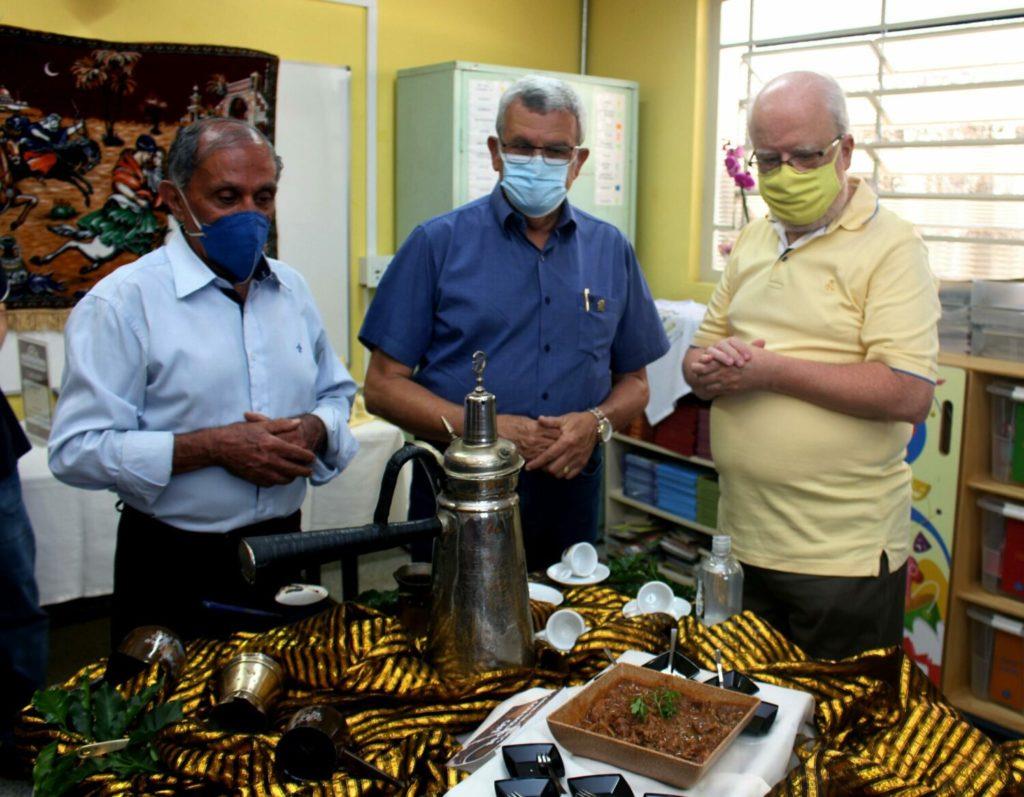 SÃ£o Paulo – Students from public schools in Campinas, SÃ£o Paulo, are having a special week. It’s Education and Coffee Week, which introduces coffee into school meals and lessons as a subject for study, art projects, musical activities and recreation. The initiative includes references to Arab culture such as the study of the Arab origin of coffee and the presence in the meal menu of kofta, a food widely consumed in Arab countries like Lebanon. In the photo above, launch of the week.

Coffee expert and project creator Ali El-Khatib said the week should now be a tribute to the International Day of Solidarity with the Palestinian People on November 29 and Lebanese Independence Day on November 22. . The Education and Coffee Week program started on Monday and ends on Friday (26). Saturday (27) will see a closing event for guests still celebrating Black Awareness Day which took place on November 20.

The week was opened last Monday by the municipal secretary of Education of Campinas, JosÃ© Tadeu Jorge, at the Professor Francisco Ponzio Sobrinho school in Vila Joaquim InÃ¡cio. El-Khatib says that through the project, children will carry out projects on the importance of coffee, the origin of coffee culture by Arabs, the history of coffee in Campinas, SÃ£o Paulo state and from Brazil, coffee in sports, etc.

The project will involve 9,000 students. In addition to the school projects and explanations on the subject by the teachers, the pupils will consume coffee-based products such as coffee cake, coffee brigadeiro, Arabic kofta with coffee sauce, rice in the school lunch. coffee, beef with coffee sauce and banana smoothie with coffee. Cartoons and recreation will also focus on coffee. All these coffee-based products were evaluated and tested in the CEASA-Campinas school food kitchen and presented to the nutritionists involved in the project. The president of CEASA-Campinas, Valter Greve, participated in the launch of the initiative.

El-Khatib is a promoter of Arab coffee and culture. He has organized other events on both topics, including Campinas Coffee Festival, Arabic Coffee on the Maria-FumaÃ§a Train, Coffee Run & Walk and Barista Courses, always in coordination with the State University of Campinas (UNICAMP). At the launch of Education and Coffee Week, El-Khatib said that the Arab and Brazilian people are united in the cultivation of coffee. Tadeu Jorge also touched on the historical relevance of coffee in Arab countries and in Brazil.

The Education & Coffee program is coordinated by the Education Secretariat of the City of Campinas in partnership with the Jerusalem Institute of Brazil, led by Ali El-Khatib. The partners of the event are SESI, SENAC and the Arab-Brazilian Chamber of Commerce (ABCC); it is supported by the Agronomic Institute of Campinas, CIESP-Campinas, Campinas Convention & Visitors Bureau, CEASA-Campinas and the School of Physical Education of UNICAMP. ABCC President Osmar Chohfi is expected to participate in the closing of the week with other authorities and guests such as Ibrahim Alzeben, Palestinian Ambassador to Brazil.

The week of coffee and Arab culture in the schools of Campinas appeared first on AgÃ¡ncia de NotÃ¡cias Brasil-Ã¡rabe.

Legal warning: MENAFN provides the information “as is” without warranty of any kind. We do not accept any responsibility for the accuracy, content, images, videos, licenses, completeness, legality or reliability of the information contained in this article. If you have any complaints or copyright issues related to this item, please contact the supplier above.