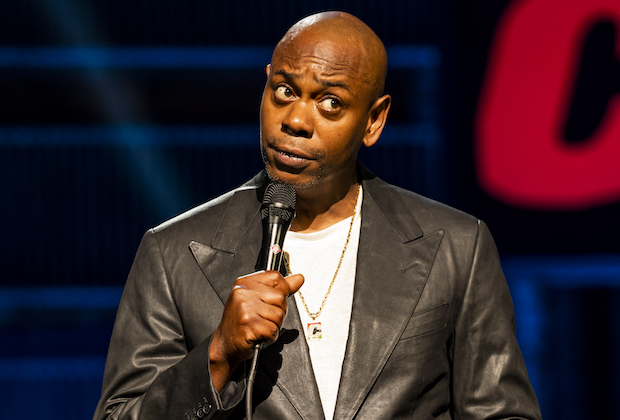 (October 12, 2021 / JNS) Comedian Dave Chappelle’s latest Netflix special, “The closestdoes the trick but not for his hilarity. No, his high marks can be attributed to the venom he has garnered in the mainstream press and social media.

Nothing piques curiosity more than public outrage, after all. So there is no doubt that a large chunk of viewers tipped in just to see what it was about.

As a longtime fan of the irreverent performer, I would have watched the show anyway. But many of my peers hadn’t paid any attention to Chappelle until the scandal broke. Once done, they rushed to join in on the conversation seeing the program for themselves.

Chappelle was already the number 1 enemy in LBGTQ circles for his “transphobia”. He has been raked in the coals by feminists for his overt contempt for women. Some whites, too, don’t appreciate the black comic book veteran’s persistent mockery at them.

But this time, his jokes about the Jews sparked anger. The anger stems from two main passages of the one-and-a-quarter-hour act.

He leads the first anti-Semitic streak by talking about the COVID-19 pandemic while insulting other groups.

â€œI don’t want you to worry about me,â€ he begins. â€œI am vaccinated; I received the Johnson & Johnson vaccine. I have to admit it’s probably the most n ** gerish decision I’ve made in a long time. â€¦ I walk over to the doc saying, â€œGive me the third best option; I will have what the homeless have. “

He goes on to say that he actually contracted the virus, which made him feel “disgusting.”

â€œI haven’t felt dirty like this in a long time,â€ he says. “The last time I remember feeling dirty like this, man, I must have been a little boyâ€¦ assaulted by a preacher.” But don’t feel bad for me; I liked it.”

He then says he had to quarantine himself for 10 days. Left alone in his room, he said, he watched videos, many of which, “unfortunately, showed blacks beating Asians for no reason.”

On the other hand, he adds, â€œI haven’t been sick at all. â€¦ I am the Magic Johnson of the coronavirusâ€¦ but I was stressed out, because I kept watching these videos of my beloved blacks beating up my beloved Asian people and being so cruel. And all the time … I couldn’t help but feel[ing] like – when I saw these brothers beat these Asians – that’s probably what’s going on inside my body.

After punching blacks for persecuting Asians and Asians (the Chinese) for triggering the global health crisis, he deals a heavy blow to the Tribe. He does this by saying that by watching videos about UFOs he came up with the idea for a film in which “we find out that these aliens originated from Earth, that they came from an ancient civilization that went on an interstellar journey and left Earth thousands of years ago [to another] planet [where] things go wrong for themâ€¦ so they come back to Earth and decide they want to claim [it] for theirs. â€¦ I call him â€œSpace Jewsâ€. “

Critics lambasted Chappelle for invoking the anti-Semitic trope of Jewish goals for world domination. While there is some justification for interpreting his words as such, the point that he was really talking about Israel – that the Jews lived in the land thousands of years ago and came back when “things [went] terrible for the “elsewhere” and “decided to claim [the land] for theirs. “

An audience member immediately understood this and responded by shouting, â€œFree Palestine! “

Far be it from me to defend such a hateful representation of Jewish roots and rights to the Land of Israel. I do not tolerate the rants over the “liberation of Palestine” either.

Additionally, humor only works when it contains a piece of truth, which Chappelle’s portrayal does not have. The only silver lining in his otherwise obnoxious description is his recognition that Jews were in Israel for millennia before the state was established. It is a truth that the Palestinian Authority and its supporters on campus and in Congress deceitfully deny.

This brings us to Chappelle’s second anti-Semitic insult, even worse: comparing Jewish behavior (apparently towards Palestinians) to one freed slave in particular, who was so good at cultivating the plot of land entrusted to him by his elder ” master â€that he himself bought slaves and treated them abominably.

â€œHe did it just because that’s what successful people were doing back then,â€ says Chappelle. “How could a person [who] gone through slavery perpetrate the same evil on a person [who] looks like him? … [S]Hockingly, they’re making a movie about him. Ironically, it’s called “Space Jews”. “

Granted, the implication is appalling, not fun. The problem is, the outcry against Chappelle for rejecting â€œawakenedâ€ political correctness is no fun either.

On the contrary, his “blasphemy” against the police of language and thought is like a breath of fresh air in a polluted societal environment. Moreover, he is an equal opportunity offender.

In his routine, he repeatedly uses the ‘N word’, calls women ‘sluts’ and asserts that ‘what the feminist movement needs to be successful is a male leader’.

He ends his stand-up by joking: â€œThose of you who have watched me know that I have never had a problem with transgender people. If you listen to what I’m saying, clearly, my problem has always been with White people.”

He continues: â€œAnd they canceled people more powerful than me. They canceled JK Rowling … [who] wrote all Harry potter books. … she sold so many books [that] the Bible worries about her. And they canceled her because she said in an interviewâ€¦ that sex is a fact. And then the trans community got pissed off and they started calling it TERF, and I didn’t know whatâ€¦ it was, but I know trans people make up words to gain arguments. So I looked. TERF is an acronym [that] stands for “radical trans-exclusionist feminist”. These are women who don’t hate trans people, but [transgenderism] offends them as blacks are offended by a black face. I am the TERF team. I am okay [that] gender is a fact.

Finally, he said, â€œIt’s over. LBGTQ-LMNOPQYZ, it’s over. I don’t tell another joke about you until we both laugh together.

He will have to wait until hell freezes over for that day to come. A better suggestion would be that those who are insulted by Chappelle ignore him rather than increase his sales. And stop harboring hurt feelings with every turn of the sentence.

Another piece of advice, this for American Jews who were horrified by his anti-Semitism: do more to combat the vile phenomenon where it matters most in the United States these days: within the Democratic Party.

This could be a tall order, however. The vast majority of those affected by Chappelle not only belong to this side of the aisle, but have contributed greatly, if not primarily, to the current climate bordering on cultural totalitarianism.

It’s okay to call a comedian to the task for crossing a line. This is what freedom of expression is. Banning actors from being sacrilegious, on the other hand, is a sign of a sad and dangerous society.

Ruthie Blum is an Israel-based journalist and author of “To Hell in a Handbasket: Carter, Obama, and the ‘Arab Spring’. “