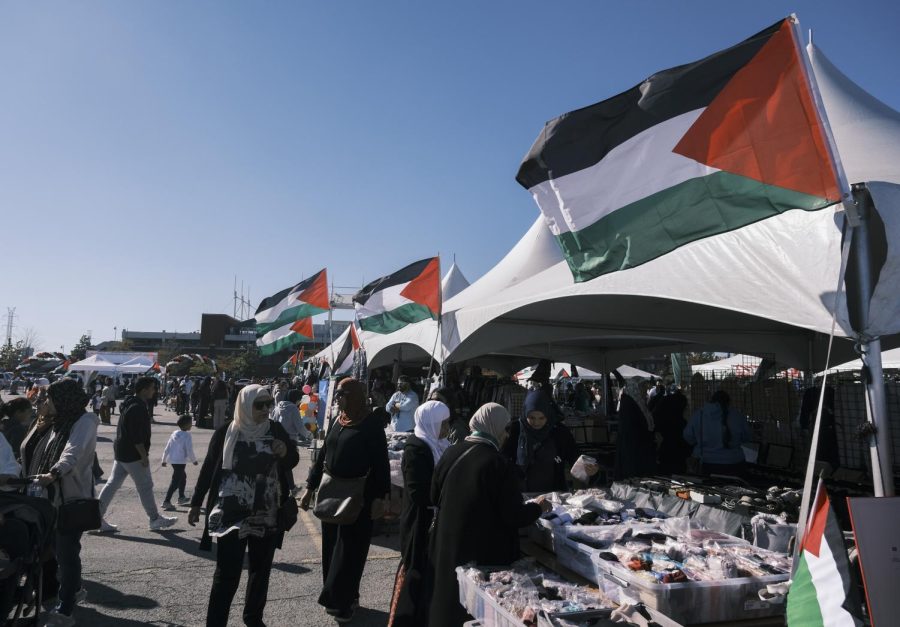 “The old will die and the young will forget,” David Ben-Gurion, Israel’s first prime minister, said of the Palestinian people in 1949. But the young have not forgotten as older generations pass on culture, language and culture. story to young people. generations of Palestinians around the world.

Participants say immersing themselves in and interacting with history, culture and people keeps the Palestinian resistance alive. Young Palestinians at the event spoke with the Chronicle about the resistance and how they keep culture alive within the Palestinian community living in the Chicagoland area.

Salaam Khater, President of the Students for Justice in Palestine chapter of the University of Illinois at Chicago, stood outside the SJP booth at Palestine Fest, discussing the group and its mission with the many attendees at the event.

According to Khater, Students for Justice in Palestine is a secular and solidarity organization whose aim is to defend human rights in Palestine which are violated by the colonizing and apartheid state of Israel.

“We also advocate for self-determination for the Palestinian people, and we do a lot of work on campus to boycott and divest from Israeli institutions and make sure our school’s money goes to the right places,” Khater said.

The SJP has held several events over the past year, including panel discussions, “101” courses on activism and the SJP, and events highlighting Palestinian culture and symbols of resistance.

Beyond the events organized at the UIC, Khater spoke on the importance for Palestinians to pass on culture, language and practices to younger generations.

A practice Khater says is the key to young Palestinians to remember is ‘Tatreez’, an embroidery technique that older Palestinian women use as a form of identification. Khater said Tatreez is one of the biggest signs of resistance and solidarity, especially from women.

One of the most important topics Khater believes that Palestinians living outside the country should be shared is the language. Khater said being born and raised in America has made families stop using their native language, which can be lost in growing generations the less it is used.

“I speak the ancient language, which is called ‘Fallahi’,” Khater said. “Not many people speak this language anymore, and I continue to do so because it is my ancestry. … If we lose our language, we lose our identity.

Hashem Said, representing the Chicago Palestine Film Festival, a non-profit institution showcasing stories made for and by Palestinians, spoke about the organization and its own Palestinian past at Palestine Fest.

For Said, events like Palestine Fest, as well as the film festival, allow Palestinians to create and present their own voices that challenge the image established for Palestinians by others.

“I feel it is important to give each other a voice. Normally, it is the others who control the narrative,” Said said. “With the film festival, we have the opportunity to tell our own stories and control our own narrative. It’s a very powerful tool because we no longer allow others to dictate how Palestinians are portrayed – we describe ourselves.

Sadeen Mizyed, a freshman at Universal School in Bridgeview, attended Palestine Fest as a representative of Yalla Shabab, an organization led and run by Chicagoland-area high school students. Funded by American Muslims for Palestine, the activist group organizes events for high school students to engage with Palestinian culture and history.

When asked why Mizyed attended the festival, she mentioned the difficulties she had seen his family living as Palestinians. She said she hopes never to see his family go through these hardships again.

“People don’t understand this is not a war, this is an occupation,” Mizyed said. “Zionism is run and funded by other countries…but all the Palestinians have is their voice.”

Mizyed said the important actions people can take to keep the Palestinian resistance going is to raise awareness and talk about the history of Palestine.

American Muslims for Palestine created Palestine Fest to allow Palestinian practices to live, culture to share and history to teach to the younger generations of Palestinians in the region.

“If we, the younger generation, forget…Palestine will never be free,” Mizyed said.