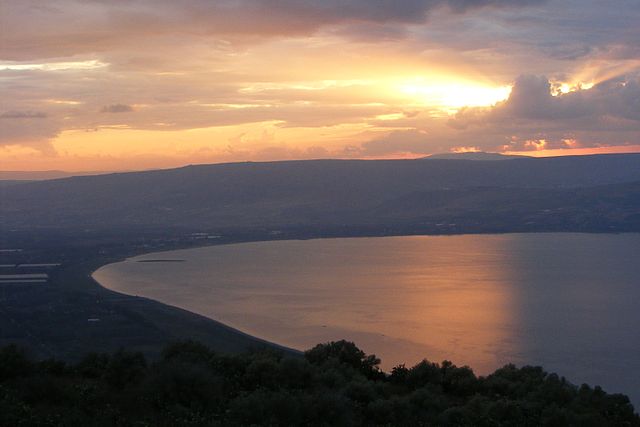 I am criticizing an article from the website titled Vridar (a “top 30 atheist blogs”), titled “Mark: Failed Geography, But Excellent Bible Student” (8-6-10). The words of the author, Neil Godfrey, will be in blue.

Mark 7:31 (KJV) Then he returned from the region of Tyre, and passed through Sidon to the Sea of ​​Galilee, through the region of Decap’olis.

Much has been made of Mark’s poor knowledge of the geography of Palestine. A classic case is his bizarre route for Jesus leaving Tire to go north, then southeast, then east again, to reach his final destination. On the map here, locate Tyre, swipe your finger north to Sidon, then let it roam right and down until it hits the Decapolis, then zero to the “lake” of Galilee.

This is the route the Gospel of Mark says Jesus took to get from Tire to the “Sea of ​​Galilee”.

Jesus’ travel agent had to offer a great deal or Mark had little real knowledge of the geography of the area. . .

Mark . . . has since suffered from the reputation of being geographically illiterate! . . .

Mark [knew] little about the geography of Palestine, . . .

Godfrey goes on to suggest (from another article) that Mark was deliberately “following” Isaiah 9:1, to establish fulfilled prophecy. He writes:

The interesting point about this passage from the Gospel of Mark is therefore that Mark’s itinerary for Jesus seems to follow the order of Isaiah’s geographical references. And in doing so, Mark constructed a bizarre way of bringing Jesus from Tire to the “Sea of ​​Galilee.” . .

Nice try, but that’s way over thinking and hyper-analyzing what should be a very simple question. Craig Dunkley, of Logic & Light site, rips this “reasoning”:

[I]It is quite possible that Jesus had a reason to go to Sidon before going down to the Sea of ​​Galilee! The narrative just doesn’t give us enough information to be sure. Jesus had traveled in the area, and Sidon may have been a planned part of his tour. To automatically assume that the author has made a mistake seems to me to be biased in the extreme. . . .

[S]cholar Tim McGrew adds yet another piece of information. It reminds us that there is a mountain (Mt. Meron) standing nearly 4,000 feet high directly between Tire and the Sea of ​​Galilee. He adds: “There is a passage from Sidon through the mountains to the Jordan Valley, where travelers on foot in Galilee could have fresh water for the journey. According to McGrew, it would have been easier for Jesus to walk a little way to avoid climbing Mount Meron and stay near fresh water during the trip. [Alleged Historical Errors in the Gospels (Matthew & Mark), 5-21-12]

Even a cursory reading of a map of Paul’s missionary journeys confirms that the long, continuous journeys of religious mission are often “ragged” in their itineraries; just like — sometimes — the holidays. We could, for example, look at my own planned “snake-like” itinerary in Idaho for our vacation this coming summer. Or one could watch the one-night concert series on tours of up-and-coming musicians. They go wherever they have a concert.

There are many good and possible reasons for At first glance “geographically irrational” routes. But instead, it’s much easier for atheists to cynically, uncharitably and irrationally assume that Mark was a dummy, who didn’t know Judean/Galilean geography from a hole in the ground.

The really fun part of Godfrey’s article, however, comes in an additional curious claim:

Originally, Isaiah probably meant by “sea way” the main road to the Mediterranean Sea which marked the northern border of the highest lands of Israel threatened by Assyrian invaders; . . .

Matthew took these three diverse regions and reinterpreted them so that his Gospel points to a single point on the map – the area of ​​Christ’s ministry. In doing so, the word “sea” became associated with the Galilee (and this is [sic] lake) and thus moved from its original reference to the Mediterranean. . . .

In this way, Notley explains the strangeness of describing the more technically correct name, the Lake of Gennesar (Luke), as a “sea” of Galilee.

So now Mark and Matthew are accused of changing the name of the Sea of ​​Galilee to “sea” (when it is actually a freshwater lake) based on their belief in a Fulfilled prophecy of Isaiah:

Matthew 4:12-15 When he learned that John had been arrested, he retired to Galilee; [13] and leaving Nazareth he went to dwell in Caperna-um by the sea, in the territory of Zeb’ulun and Naph’tali, [14] so that what was said by the prophet Isaiah might be fulfilled: [15] “The land of Zeb’ulun and the land of Naph’tali, towards the sea, across the Jordan, the Galilee of the Gentiles –

Isaiah 9:1 . . . In the first time he despised the land of Zeb’ulun and the land of Naph’tali, but in the last time he will make glorious the way of the sea, the land beyond the Jordan, the Galilee of the nations.

the fourth century writer jules Honorius. . . alone among Latin authors uses the term Mare [sea] rather than lake [lake] for describe the Lake . . .

Notley mentions that the “sea” is associated with the Sea of ​​Galilee in three Old Testament texts:

Wouldn’t that imply that Mark and Matthew were not the first to do so, based on an allegedly erroneous (or altered) interpretation of a prophecy of Isaiah? Notley argued that the Hebrew involved (Yam: Word from Strong #3220) could indicate That is a lake or a sea. Indeed it is, but the word has been massively translated as “sea” in Greek and English.

It is therefore clear that “sea” was the normative usage (and the translation of Yam) in Hebrew culture and in the Old Testament. It simply meant a large body of water, with no reference to whether it was salt or fresh water. It was a pre-scientific, phenomenological language. the same word, Yamhas been used repeatedly for the Mediterranean Sea, the Red Sea and the Dead (or “salty”) Sea, and it has been also used for the Sea of ​​Galilee.

Therefore, the origin of this usage was do not of Mark and/or Matthew. It already existed in the time of Moses. Matthew and Mark weren’t deceitful or “stupid”; they were simply following Jewish precedent. It stands to reason that Luke would use “lac” because it was more common among the Gentiles: of which he was a part and to whom he mostly wrote.

So while Notley’s theory (embraced by Godfrey) is smart, I don’t buy it. Mark and Matthew using “sea” to describe the Sea of ​​Galilee is nothing new or unusual, and it goes back to Moses. There was nothing weird or weird about it; neither was there in Luke’s usage, since the Sea of ​​Galilee was also called a lake (especially among the Greeks and Romans).

There are other (technical) lakes that are also called seas: the Caspian Sea, the Aral Sea, the Salton Sea and even the Dead Sea. Technically, these are not all “seas” by the definition of “sea” in current scientific/geographical usage. Nor are they freshwater lakes. They are salt lakes (with different degrees of salinity).

The Sea of ​​Galilee is more or less just a freshwater lake called the sea, but we have now seen the raison why it is (usually) called a sea. This goes back to the Hebrew lack of distinction between a lake of fresh water and a salt sea or salt lake. All were called seas, and Mark and Matthew evidently follow the existing Hebrew/Jewish tradition of the title in this case.

In any event, there is no “problem” here, as Godfrey would have you believe. Mark knew his local geography and he knew (and – along with Matthew and John – continued to use) the traditional Hebrew title of the Wed of Galilee (or Chinnereth, etc.).

Practical matters: Maybe some of my 4,000+ free online articles (the most comprehensive “one-stop-shop” Catholic apologetics site) or fifty books have helped you (by God’s grace) decide whether to become a Catholic or to return to the Church, or to better understand certain doctrine and Why we believe them.

Or you may believe that my work is worth supporting for purposes of apologetics and evangelism in general. If so, please seriously consider an essential financial contribution. I always need more funds: especially monthly Support. “The laborer is worthy of his wages” (1 Tim 5:18, NKJV). December 1, 2021 marked my 20th anniversary as a full-time Catholic apologist, and February 2022 marked my blog’s 25th anniversary.

PayPal donations are the easiest: just send to my email address: [email protected] You will see the term “Catholic Used Book Service”, which is my old side business. For more on the different methods of donating, including the 100% tax deduction, etc., see my page: About Catholic Apologist Dave Armstrong / Donation Information. Many thanks from the bottom of my heart!

Summary: Atheist discusses Mark’s alleged ignorance of geography, but then offers a theory that he originated the use of “Sea” of Galilee, hijacking the prophecy.