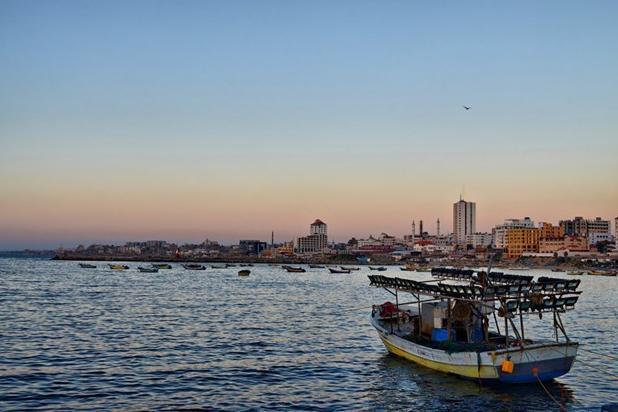 To produce the digital exhibit, the Barakat Trust, a charity that focuses on education and heritage in the Islamic world, worked with professionals and experts in Gaza to document a range of architectural and cultural facets of the city. through first-hand testimonials from the townspeople available in Arabic and English.

People can hear engineers, academics and journalists from Gaza talk about their experience growing up in the city, their history and their shared memories of the war. It also features a series of videos and stories about preservation efforts in the Gaza Strip and the challenges faced by local preservation experts working to restore and maintain local heritage sites.

“We all need to support Gaza in a different way[s]. Not only [with] food and medicine, but also to safeguard its identity and cultural heritage. This Barakat Trust-funded project is very important to us – to help make our voice heard outside of Gaza,” said Muneer Elbaz, Barkat’s Trust project participant, architect, urban planner and lecturer at UCAS.

One of the major heritage sites in Gaza is the oldest mosque in Palestine – the Omari Mosque. Founded in 1277 AD, the mosque has a similar history to that of Aya Sofia in Turkey, where it has been used for different religious purposes over the years – from temple, to church, to mosque, to church then to the mosque again. The collection also looks at local conservation efforts in the city, including efforts to digitally preserve religious manuscripts found in the Mosque of Omari and historic buildings.

Seif El Rashidi, Director of Barakat Trust, said, “The Barakat Trust is very pleased to present the stories of heritage and community in Gaza on the Google Arts & Culture platform. We have supported conservation and heritage education efforts in this historic city for several years and are thrilled with the change these projects are bringing to the city. This collection of stories highlights both the history of Gaza and the dynamic people involved in preserving its diverse heritage. We see the platform [Google Arts & Culture] as an excellent way to allow the discovery of unknown places and to arouse interest.”

People can also learn about Gaza’s history as a port city and Souk Al Qissaariya’s role as a hub of trade between east and west with commodities such as frankincense, myrrh, the spices, gems and textiles that cross the city.

Commenting on the significance of the collection, Chance Coughenour, Head of Preservation at Google Arts & Culture, said: “These stories illustrate the diversity of challenges local experts face in safeguarding cultural heritage, ranging from manuscripts of the great Mosque of Omari in the souk al-Qissariya. , and how The Barakat Trust supports them. We are proud that by providing a digital platform, Google Arts & Culture can help more people around the world learn more about the lives and endeavors of Gazans.”

The launch of the Barakat Trust digital exhibit is Google Arts & Culture’s latest effort to help showcase and support the preservation of contemporary culture and ancient heritage in the Middle East. Previous digital exhibitions include the Dalloul Art Foundation in Lebanon, the National Library & Archives and the Dubai Culture & Arts Authority in the United Arab Emirates, Art & Soul of Mosul, Iraq, and Preserving Egypt’s Layered History in Egypt. Stories from Gaza are available on the Google Arts & Culture site and app (Android and iOS).

4 pop culture highlights from across the region this week