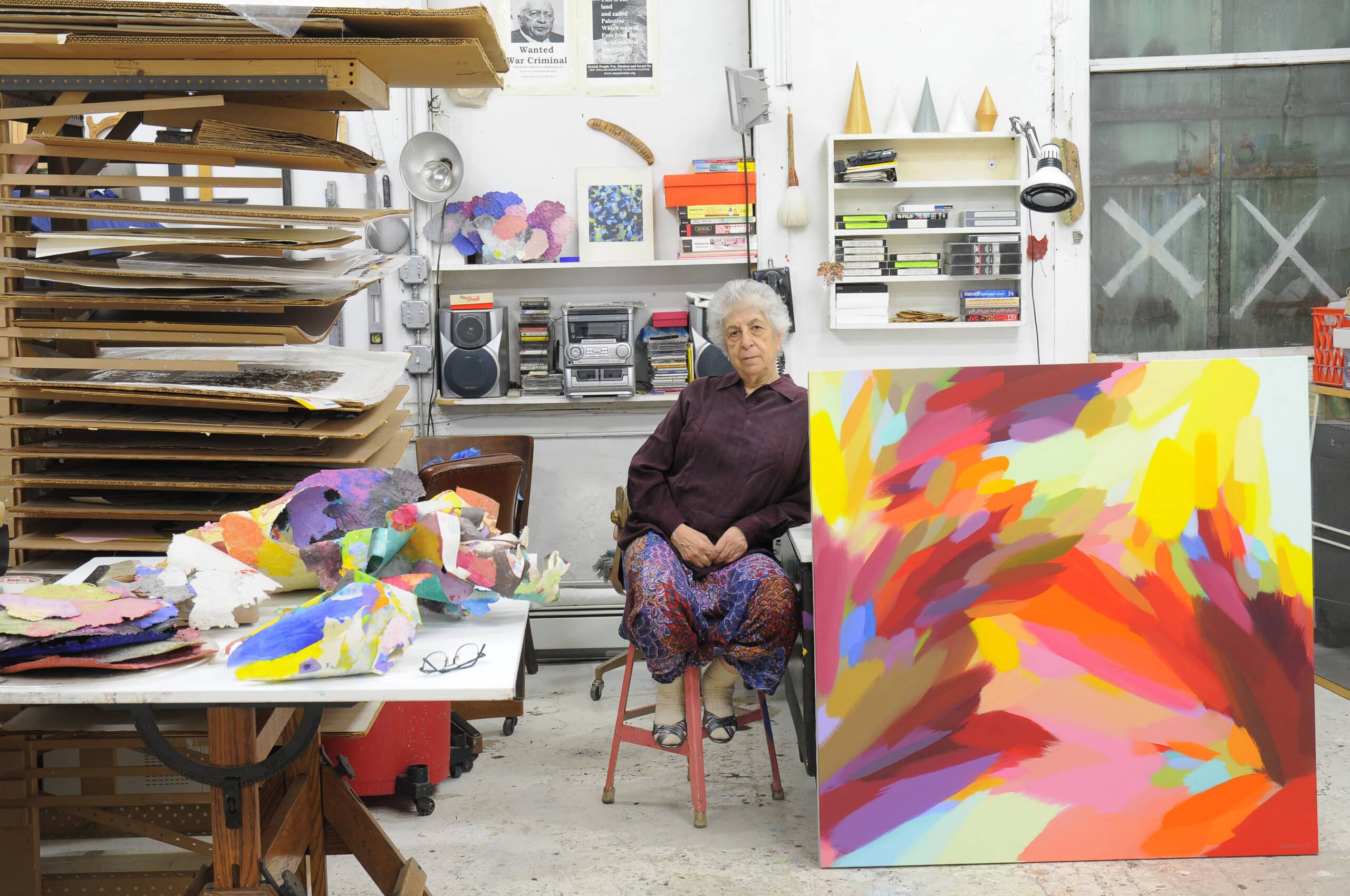 The artist and the scholar Samia halaby is considered a pioneer of Arab modernism and one of the main defenders of Palestinian art in the twentieth century. Halaby’s family fled Palestine when she was 11 and settled in the United States. A graduate of Indiana University at Bloomington, she pursued a successful academic career, becoming the first female full-time associate professor at Yale University School of Art in 1973. The colorful geometric compositions of her work also encompass elements of nature and Islamic architecture. than Soviet constructivism and other European avant-garde movements.

Halaby’s early painting philosophy during his later years as a student was characterized by solid color, where the relationships of bright and simultaneous contrast were inspired by other minimalist artists and, most importantly, Josef’s book. Albers from 1963. Interaction of color.

In 1983, she started working with kinetic paintings because she had been fascinated by computers since her years at Indiana University and by the relationship between art and technology. To create his kinetic images, Halaby used programming instead of animation software. Even today, Halaby believes that new approaches to painting can transform the way we see the world.