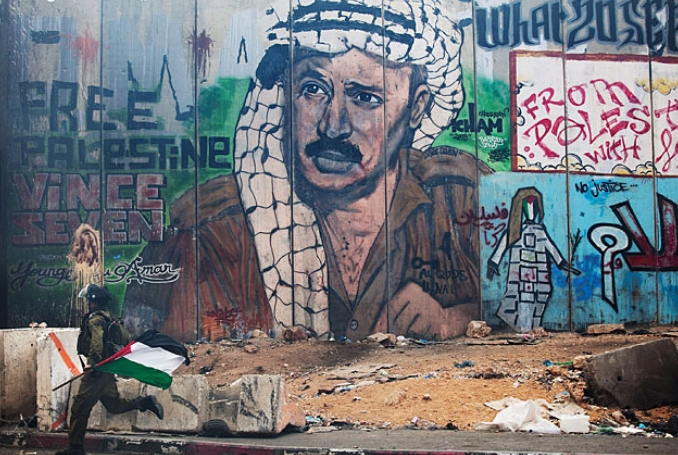 Amman, Jericho, Ramallah: border crossing and the politics of geography

You queue for a bus going to Jerusalem. No one says Palestine or Israel. Jerusalem is becoming an umbrella term for everything beyond the Allenby Bridge, also known to Jordanians as the King Hussein Bridge. Palestinians refer to it by what they aspire to, Al Karameh Bridge, The Pont de la DignitÃ©, which refers to the 1968 battle between the Israeli Defense Forces (IDF) and the combined forces of the Palestine Liberation Organization (OLP) and the Jordanian Armed Forces (JAF) in the Jordanian city â€‹â€‹of Karameh.

To each is its own cultural and historical reference to defeat or triumph. We landed on The Banks and headed for the land of Canaan. Cars lined up by the dozen. The heat of the bright sun shone through the glass and you could feel its burn. The Jordan Valley, the Ghor, is part of the larger Jordan Valley, one of the hottest places in the Middle East, a key agricultural area, and stretches from the north of Lake Tiber to the Dead Sea in South ; and from the latter to Aqapa, or Wadi Arabah.

To move from Jordan to the West Bank, an Israeli visa is required. You haven’t actually crossed or seen a bridge. The terminal is a border post between the Palestinian West Bank and Jordan; however, it is governed and directed by the Israeli authorities. A two-meter-wide gate is the only way out and out for Palestinians living in the West Bank since Palestinians are not allowed to use Israel’s Tel Aviv airport, Ben Gurion Airport.

Ben Gurion was named after David Ben Gurion the primary national founder of State of israel and the first prime minister of Israel; while the Allenby Bridge was named after Field Marshal Edmund Allenby, a British Imperial Governor who fought in the First World War, in which he led the British empire‘s Egyptian Expeditionary Force (EEF) during Sinai and Palestine Campaign against the Ottoman Empire to conquer Palestine.

Between Allenby and Ben-Gurion, the Palestinians have no way out outside the colonial whale but The Bridge: the whale’s throat. A blue whale’s throat is the size of a side dish. And the biggest thing he can swallow is probably a melon. Blue whales also eat nothing for eight months of the year. However, during the summer, they eat up to three tons per day.

The terminal was also the busiest in summer. The bus left Jordan, turning its back on Syria, heading west via the Yarmouk / Jordan River, past Lake Tiberius / Sea of â€‹â€‹Galilee, through the Jordan Valley to the Allenby border.

The Israeli officer asks me to open my WhatsApp application and copy my number. The Palestinian security officer reviews your papers and records your contact details. You exchange Jordanian dinars for Israeli shekels to pay for Palestinian water. Other tourists are in air-conditioned VIP vehicles.

The surrounding bare mountains welcome you with bare breasts. Your mobile phone network automatically shuttles from Jordanian Zain, to Israel Cellcom, to Palestinian Jawwal for a period of 20 minutes. The climate changes accordingly.

You stop at a falafel shop to eat and a graffiti next to you says “We are hungry for freedom”.

Graffiti in Ramallah eats you alive and spits you out raw. You stop for a second to cross the zebra lines above a street, and Mahmoud Darwish is yelling at you from all over the city. You are seated in a cafe and Marcel Khalife bitter all the sweetness of your tea.

The antiquity of the toilet walls in old houses turned into local pubs and cafes in Ramallah reminds you that an abstract memory can turn into a slap in the face. And your cheeks burn as a result. You drive away and your playlist is disrupted by Israeli ads. Everything in Ramallah is political. Even love. Mostly love.

The fires are punctuated by orange shuttles, sounds of shootings at the headquarters of Fatah, females with a thousand shades of grace, eucalyptus, trees, oaks, trees, trees and bonfires in the schoolyards. Names and pronouns in Ramallah do not reflect subjects, but carry over to an eternity of carpet of alphabets.

Ramallah then becomes a threshold towards becoming. Everything in Ramallah tastes of the bitter sweetness of its locally brewed beer, Shepherd. The word semantically connotes direction, direction and leadership – all that Ramallah lacks.

You come back but you don’t come back. You arrive but you are not there. The physicality of memory weighs more than time. And you are no longer the traveler, but the borders that you cross.

– Akram Al Deek is Assistant Professor of Post-Colonial Literature at the American University of Madaba (AUM), Jordan. He is the author of Writing Displacement, published by Palgrave Macmillan, and Eucalyptus Obliqua, published by Ward Publishers. He is a contributing columnist for the Jordan Times. He contributed this article to The Palestine Chronicle.

Texas Legislature Demographics: Most Lawmakers Are White and Male