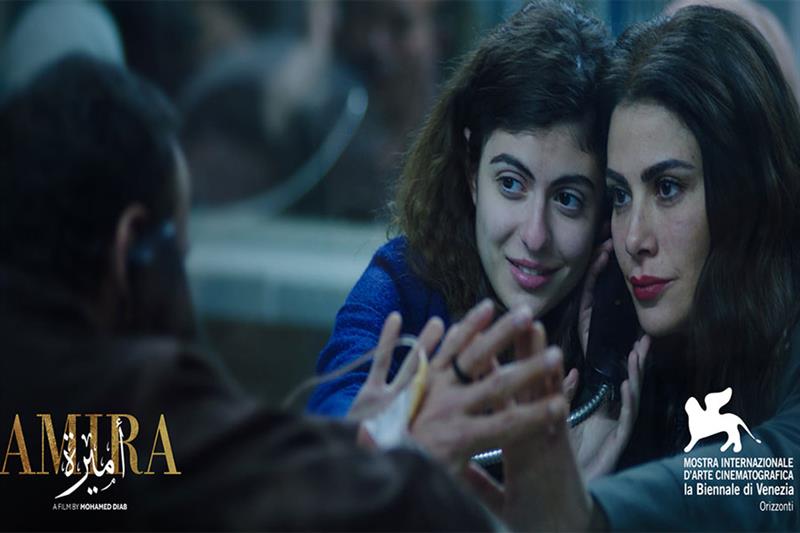 The move was encouraged by activists on social media, who said the film was an insult to the Palestinian cause.

Diab acknowledged their complaints, explaining that the filmmakers understood the anger expressed by many over what they believed was an unfair portrayal of prisoners and their families, but begged them to watch the film before judging it.

He went on to say that Palestinian prisoners and their feelings are the top priority of filmmakers.

â€œTherefore, all screenings of the film will be stopped and we demand the establishment of a specialized committee by the detainees and their families to watch and discuss it. We believe in the purity of what we presented in the film Amira, â€added Diab.

The statement came after an online campaign was launched by Palestinian and Jordanian activists under the hashtag #Pull_Out_Amira, calling for a boycott of the film, which had been selected as Jordan’s nomination for best international feature at the 94th ceremony of the Oscars.

The film premiered in September at the 78th Venice International Film Festival, where it won two major awards.

The story follows the path of Amira, a 17-year-old Palestinian girl conceived with smuggled sperm from her imprisoned father.

The controversy surrounding the film stems from the main twist that occurs when Amira’s mother wants to conceive another child, only to find out that her husband’s sperm is sterile, thus revealing that Amira’s biological father is an Israeli soldier.

According to a line displayed at the end of the film, more than 100 Palestinian children have been conceived through in vitro fertilization (IVF) with contraband sperm since 2012.

Although the paternity of these children has been confirmed, it remains unclear exactly how the semen was smuggled.

Lydia Rimawi, wife of captive Abdulkareem Al-Rimawi, shared her experience on Facebook, saying she was proud to have given birth to contraband sperm.

Describing the scene when she visited her husband in prison with their three week old son, Majd, she said “This is when I saw the fear and horror in [the soldiersâ€™] the eyes. A large number of soldiers gathered around me and the Israeli Red Cross came to check if this child was the son of a prisoner.

â€œWe were refused a visit and we stayed in the prison yard; this scene gave me strength, pride and courage. I was proud to give hope to my husband and to make our dream come true, â€she added.

â€œAmira will not break us and the glory will remain. No one on earth can doubt it,â€ she continued.

The Palestinian Legislative Council also condemned the film, with Vice President Hassan Khreisha declaring that Amira is a dangerous part of the Israeli war that is waged against the Palestinian people on a daily basis.

He pointed out that the film deliberately offended prisoners ‘sacrifices, saying that “the film is part of the accumulated abuses against the prisoners’ movement which has succeeded in forcing the guards to comply with its demands.”

In a press release issued by the council on Wednesday, the chairman of the committee, MP Muhammad Zahrawi, called for a ban on the film in Jordanian cinemas and urged production companies to make films that support prisoners’ rights. Palestinians in their struggle behind bars, rather than distorting the facts. .

Although set in Palestine, it was shot in Amman and Salt. The cast includes Jordanian actors Saba Mubarak, Tara Abboud – who stars as Amira – and Suhaib Nashawan, as well as Palestinian actors Ali Suliman, Waleed Zuaiter and Kais Nashif.

Dubai Culture launched a framework for the creative economy