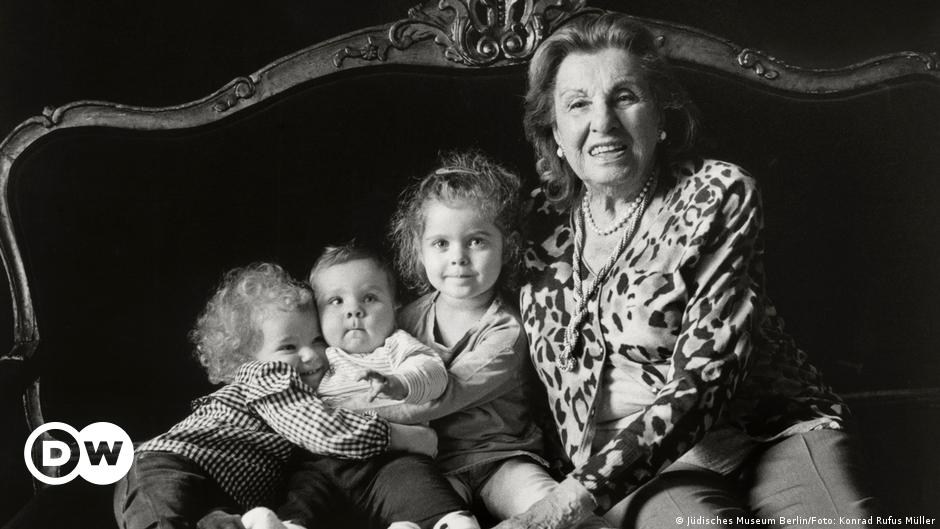 A series of photos with Holocaust survivors goes to the Jewish Museum in Berlin | cultural | Report on arts, music and lifestyle in Germany | DW

Six million European Jews were murdered by the Nazis. Those who survived the Holocaust were lucky – or helped by “guardian angels,” as Holocaust survivor Rachel Oschitzki calls them. In her case, these guardian angels were an SS man who stopped her on the way to the gas chamber of the Auschwitz concentration camp and sent her back. An older inmate named Gabi, who told her to pretend she was over 18, since the younger ones were sent to the gas chambers. There was also a doctor who approved her for a job in a factory, which allowed her to leave Auschwitz – and a Czech who stopped her from getting into a Russian truck after the war. The vehicle would have taken her – as she later learned – to Siberia.

Rachel Oschitzki, born in 1928, is one of the few people who can still tell her story. She is one of 25 Holocaust survivors that photographer Konrad Rufus Müller and Austrian journalist Alexandra Föderl-Schmid visited to photograph and interview. At the time, Förderl-Schmid was working as a correspondent in Israel for the German newspaper Süddeutsche Zeitung. She established contacts with Holocaust survivors in Germany, Austria and Israel. The result is 41 black and white photographs, which Müller has just donated to the Jewish Museum in Berlin.

The photographer and journalist interviewed 25 Holocaust survivors for the project

Faces and hands in focus

“Konrad Rufus Müller is a master of portrait photography, and this series shows that too,” museum director Hetty Berg said in a press release. “The photographs focus primarily on the faces and hands of the survivors and attempt to trace the life experiences of those depicted. This creates a very dense and impressive collection.” Berg added that she was very happy that the photographs are now coming to the museum.

Konrad Rufus Müller became famous in Germany for photographing German chancellors such as Konrad Adenauer, Willy Brandt and Helmut Kohl. And he always did it in analogue, using a Rolleiflex camera without additional lighting – as he still works today.

Müller’s father refused to cooperate with the Nazis

Now 82, he first heard about the Holocaust at age eight, when his father gave him the book “Der SS-Stadt: Das System Der Deutschen Konzentrationslager” (“Der SS-Stadt: Das System Der Deutschen Konzentrationslager”). The Theory and Practice of Hell: The German Concentration Camps and the System Behind Them”). Written by sociologist Eugen Kogon, the book is considered the first historical analysis of the Nazi terror system and organization concentration camps. The book “is really not suitable for children, but rather for adults”, Müller said in an interview with DW. 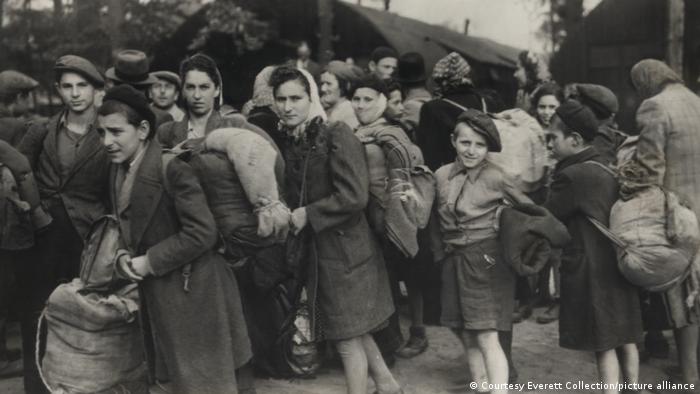 Many Holocaust survivors emigrated to Israel after the war

His father worked in a fabric store in Berlin during the National Socialist era. The store was run by a Jew who emigrated in 1938. “The Nazis offered the business to my father, and he didn’t accept it,” says Müller. “All my life I’ve thought it was great that my dad turned down this company. It’s not something you do lightly – turn down something that can move you forward in your career.”

The idea for the photo project came to Müller when he read an article by journalist Alexandra Föderl-Schmid about a Holocaust survivor. He then wrote her an email and the two decided to embark on a journey to meet survivors. This resulted in the bo,ok “Unfassbare Wunder” (“Incredible Miracles”) which was released in 2019. “Alexandra spoke to each person for an hour, and during that time I chose a place where I would represent then photographically the person or persons,” Müller told DW.

Some survivors told their story for the first time

After these conversations, interviewees were usually “so broken and finished” and emotionally shaken that photography became completely unimportant to them. “And in this regard, completely undisguised and very authentic portraits were created,” says Müller. “They had returned their innermost selves, they were completely with themselves.” For some, it was the first time they spoke about their experiences during the Holocaust.

Some, like Malwina Braun, spoke only in fragments – if at all – about their experiences. Braun, who has since died, lived in the Krakow ghetto for two years as a child. At the time, the Nazis forced all Jews to settle there. The Braun family shared their apartment with two other families. Walls were built around the neighborhood, barbed wire was laid – it was completely isolated from the outside world and strictly guarded by Nazi SS guards. When the ghetto was emptied, the Braun family was separated. Malwina Braun never knew where her parents and her sister perished. She lived in Germany until her death. 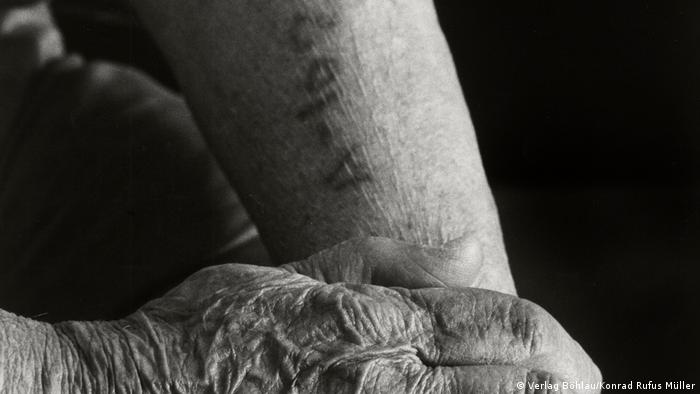 Israel as a place of hope

Other Holocaust survivors emigrated after World War II. They could not bear to stay in the country of the authors. The newly founded State of Israel in 1948 has become a place of hope for many.

This was the case of Manfred Rosenbaum, who left Germany in 1946 and settled in Israel. When he first returned to Germany in 1957, it was a traumatic experience. “I couldn’t sleep at night. I saw swastikas everywhere,” Rosenbaum recounts in the book “Unbelievable Miracles.”

Others, like Arik Brauer, chose not to emigrate. As a child, Brauer experienced the “Anschluss” from Austria to Germany, that is, the invasion of Austria by German troops in 1938 and Hitler’s incorporation of his homeland into the German National Socialist Reich. Brauer wanted to emigrate to Palestine after the war, but his mother and cousin Rudi Spitzer stopped him: “Rudi said, ‘Anti-Semitism can only be defeated if you fight it here,'” Brauer recalls.

Rudolf Gelbard also made the fight against fascism and anti-Semitism his life’s work. He was a vocal critic of acquittals and light prison sentences for former Nazi perpetrators.

Konrad Rufus Müller’s photographs depicting Rudolf Gelbard and other Holocaust survivors are now part of the Jewish Museum Berlin’s photographic collection. Although no exhibition featuring the photographs is currently planned, Konrad Rufus Müller said he was “tremendously grateful” that the museum recognizes his photographs. He hopes that individual images or the entire series will be displayed for everyone to see in an exhibition in the future.

The portraits and interviews with Holocaust survivors were published in 2019 in the book “Unfassbare Wunder” by Alexandra Föderl-Schmid and Konrad Rufus Müller published by Böhlau.

This article has been translated from German.