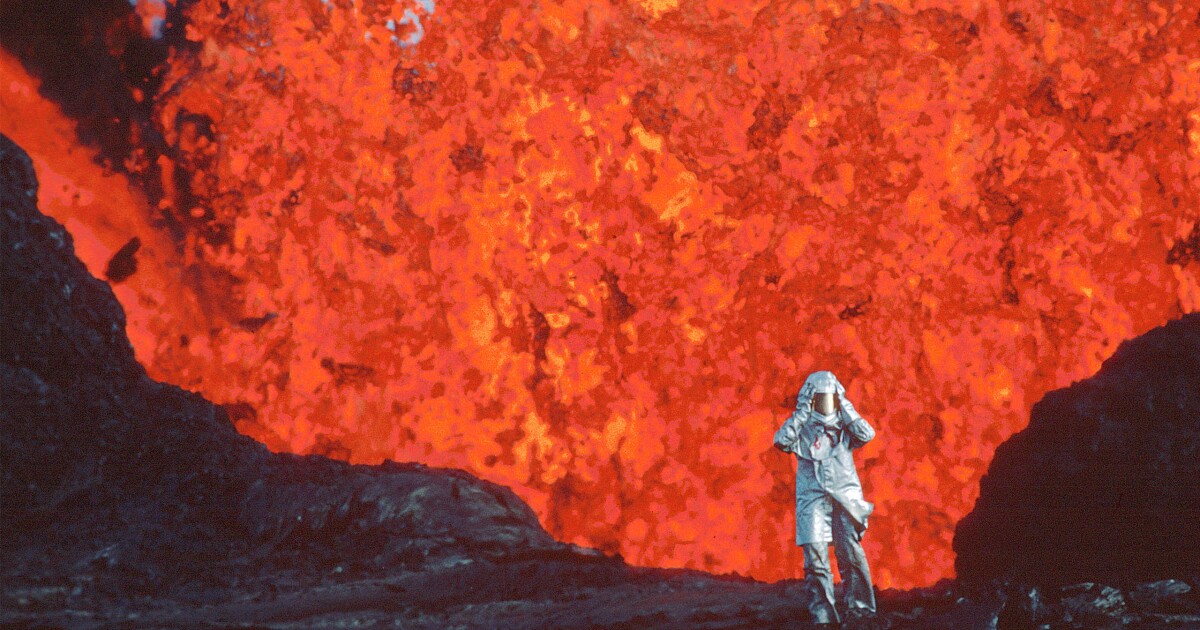 Each public screening at the Sundance Film Festival is preceded by a territorial acknowledgment, acknowledging the Shoshone, Paiute, Goshute and Ute tribes who have long managed the land on which this annual event takes place. That tradition continues even now, as the COVID-19 pandemic has temporarily turned America’s most important showcase for new independent cinema into an online-only event. Each film that appears in your Sundance screening app is preceded by a video acknowledgment – ​​an approximately two-minute montage that invites you to remember traditional stewards of the earth and reflect on the human and environmental destruction wrought by their successors. .

Indigenous representation and environmental advocacy have long been core tenets for Sundance, now in its 38th year. But the focus on the earth — on an earthly, material reality that we ignore at our peril — is particularly poignant in these strange times.

It’s the second straight January that movie-going and buzz-generating crowds have pulled away from snowy Park City, Utah, and tuned in from home to sample an abundance of new work. It’s gratifying to be able to experience Sundance in any form. But for those of us who crave this festival in all its pre-pandemic glory, there are pleasures – and yes, headaches and frustrations – that no couch potato festival experience will replicate. never.

More than many such events, Sundance has an overwhelming sense of place, physical and atmospheric intensity that has a way of seeping through your layers of winter clothing. There’s the invigorating chill that envelops you as you exit the Eccles Theatre, the high school auditorium that serves as the festival’s largest venue, and the feeling of being jostled around in the crowded shuttle that takes you to your next destination. And there’s also the palpable warmth that fills a theater as hundreds of festival-goers strip off their beanies and parkas and huddle in the dark, ready to be swept away.

Under normal circumstances, these moviegoers might have been greeted by actors like Jesse Eisenberg and Julianne Moore at the premiere screening of “When you’re done saving the world”, one of the first great premieres of the festival. This time, Eisenberg is a presence strictly behind the camera: he wrote and directed this often biting and funny drama, which probes the competing strains of delusion and narcissism that surface between Evelyn (Moore), who runs a shelter for victims of domestic violence, and Ziggy (Finn Wolfhard), her teenage son on a quest for fame. While their conflict of interests, worldviews and political ideals (or lack thereof) are too painfully specific to be called generational, Eisenberg has clearly absorbed a biting lesson or two from his own film elders, Noah Baumbach n being not the least among them.

“When You’re Done Saving the World,” an upcoming A24 release, hit the viewing platform on Thursday, the festival’s opening night; the hot geysers of “Fire of Love” Sara Dosa’s beautiful portrait of late French scientists Katia and Maurice Krafft, who spent their lives (and died) studying and filming volcanic eruptions. One of the early stars of the festival’s American documentary competition (and the beneficiary of one of its first eye-popping acquisitions, by National Geographic Documentary Films), the film captures the Krafft’s magnificent obsession with its jaw-dropping eruption footage. breath, largely shot by the Kraffts themselves during a career that spanned the 70s, 80s and early 90s. Full of Herzogian admiration for the beauty and ruthless power of Mother Nature is a harrowing and captivating reminder that lava conquers all. (It also made for particularly timely viewing just days after the devastating Hunga Tonga-Hunga Ha’apai eruption in the South Pacific.)

One way of thinking about the “Fire of Love”, then, is as its own kind of recognition of the earth, one that asks us to consider the Earth and heed its great and terrible mysteries. Something similar could be said of Alon Schwarz’s alternately chilling and ebullient documentary. “Tanturah”, which delves into the history of the 1948 Arab-Israeli War and the fiercely contested tragedy that struck the Palestinian fishing village of the title. A controversial and since 1998 suppressed thesis by a University of Haifa researcher concluded that Israeli soldiers massacred 200 Arabs at Tantura and buried the bodies in a mass grave – an allegation that Schwarz explores with a confrontational frankness reminiscent of “The ‘act of killing’. The result is both a study in historical amnesia and a sort of epistemological detective story, in which the grim truth is as hard to disprove as it is to prove.

Excavations of a less gruesome kind “A love song,” Max Walker-Silverman’s painfully tender drama about lost loves, buried dreams and second chances. Twelve years after winning over Sundance audiences in Debra Granik’s “Winter’s Bone,” the great Dale Dickey receives the all-too-rare gift of a starring role in this story of a woman who parks her trailer at a remote Colorado campground, where she waits and waits for a childhood sweetheart (Wes Studi) to come knocking on the door. Here, too, the land wields an uncanny, almost primordial power, with its flat terrains, rocky slopes and vital fishing holes, though Walker-Silverman’s camera finds equally expressive views in the beautiful weather-beaten faces. of its stars.

Dickey’s Lonely Widow may not have much in common with Emma Thompson’s Lonely Widow in “Good luck to you, Leo Grande,” beyond a welcome refusal to let age determine their romantic and sexual limits. In this wonderfully intimate hotel room play, directed by Sophie Hyde from a script by Katy Brand, this move prompts Nancy (Thompson) to book a sex worker (the charming Daryl McCormack) for multiple sessions, over the course of from which he relieves her beyond her reservations. and anxieties and she teases her own personal story. There’s a suitably erotic rhythm to their conversations — it’s about give and take, back and forth, the gratification of curiosity, demarcation and the occasional boundary crossing — and Thompson and McCormack, beautifully paired, fully commit to a film that wears her gender-positivity on its sleeve.

“Good Luck to You, Leo Grande” implicitly criticizes a current culture that seeks to control, confine and even deny the possibility of female pleasure. It puts it in a pointed conversation with at least two other female-centric films, “Call Jane” and “Happening,” which are set in the ’60s but couldn’t be more current. In “Call Jane” Phyllis Nagy’s subtly accomplished feature debut, a formidable Elizabeth Banks stars as a suburban Chicago housewife who asks for help from – and eventually joins – Jane’s Women, an underground collective dedicated to provide abortions at a time when the procedure was still illegal. Nagy, who so deftly distilled the essence of 1950s repression in his Oscar-nominated screenplay for “Carol,” here dramatizes the steady cracking of those boundaries more than a decade later.

Those looking to learn more about the story can watch Tia Lessin and Emma Pildes’ documentary ‘The Janes’, which premieres at Sundance this week and promises to be depressingly relevant at a time when Roe against Wade (who just passed his 49th birthday) has never been so threatened. But as the tense and coiled French drama “Event” reminds us that the need for access to safe and legal abortions is not limited to this country alone. It follows a 1960s student named Anne (the remarkable Anamaria Vartolomei) who seeks an abortion and is blocked at every turn by men and women; the brotherly solidarity of something like the Jane collective could hardly be more out of reach.

Anne’s is a terribly lonely journey, one that the film’s director and co-writer Audrey Diwan traces with an eye that is by turns hard and compassionate, tactful and ruthless. “Happening” won top prize at the Venice International Film Festival in the fall, beating highly touted award contenders including “The Power of the Dog,” “The Lost Daughter” and “Spencer.” Scheduled to be released May 6 by IFC Films, it’s a knockout wherever it plays, in physical or virtual theaters, on screens big or small.

What connects snooker players, walkers and flamingos? The Saturday Quiz | life and style

Photos of the Week: MLK Memorial, Voting Rights and a Cockapoo